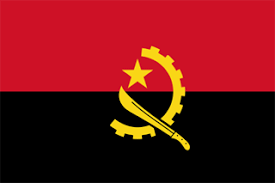 Angola launched its first National Action Plan for a period of four years (2017-2020). The NAP has been developed and will be monitored and evaluated by the Ministry for Family and Promotion of Women and the Ministry of National Defense and Interior.

Angola is a former colony of Portugal and after a 15-years war for liberation, obtained independence in 1975. Women played a role in the liberation war through the Organisation of Angolan Women and the Independent League for Angolan Woman. More recently, Angola’s 27-years civil war ended with the signing of the Luena Memorandum of Understanding, which included a demobilisation, disarmament and reintegration programme. Women were excluded from participating in formal peace negotiations between the parties at war. Although women’s rights are upheld in the Angolan Constitution, Angolan women face challenges regarding inheritance, domestic violence and political participation.

Even though the NAP includes an allocated budget (it is based on financial resources from each Ministry), there are several gaps overlooked throught the development process. The participation of civil society in the implementation of UNSCR 1325 is limited. Civil society are included as responsible entities for certain objectives; however, there is no role allocated to them in the development or monitoring of the NAP implementation. Any efforts to ensure disarmament and mitigate the impact of arms proliferation on women are not mentioned at all.

WILPF International does not have a country section in Angola and therefore was not involved in the development process of Angola's NAP.

Specific civil society organisations have not been explicitly mentioned as being involved in the development phase. Nevertheless, one of the many  objectives of the NAP is to increase the participation of civil society in the implementation of UNSCR 1325 by educating civil society on the WPS Agenda.

The NAP was created by  by the Ministry for Family and Promotion of Women, Ministry of National Defense and Interior.

The Monitoring and Evaluation of the NAP will be monitored and evaluated by different state institutions, the private sector, civil society organisations, political parties based on the most relevant objectives to each entity. Overall, the Ministry of Family and Promotion of Women will have the primary role of the coordination of the monitoring and evaluation in partnership with the Ministries of Defense and Interior.

The objectives for the Angolan NAP are organised by the six pillars below:

a. Preventing and eliminating sexual and gender based violence

b. Promoting the empowerment of women;

4. Deepen and disseminate information and training on the WPS agenda in ministerial  departments, civil society and decision-making organisations;

5. Promote the participation of civil society in the implementation of UNSCR 1325;

Each pillar has different actions assigned. For example, Pillar 1 “Increase the participation of women and integrate the gender equality dimension into all phases of peacebuilding, including at all levels of decision-making” includes the following actions:

The Angolan NAP includes an allocated budget. The implementation of the national action plan is based on the allocation of resources through sectoral budgets. The general budget of the state should explain the percentage allocated to the different ministerial departments.

To achieve each objective, the NAP has different indicators assigned. For example, Objective 1 that aims to “Increase the participation of women and integrate the gender equality dimension into all phases of peacebuilding, including at all levels of decision-making” includes the following indicators or desired result:

1.1 Promote at the internal level, the increase in the number of women at all levels of decision-making in the defense and security forces

1.4 Promote the participation and training of women in the African Union, the Southern African Development Community, International Conference on the Great Lakes Region and Community of Portuguese Language Countries, electoral observation missions

1.5 Promote the integration of gender equality issues and the elimination of all forms of violence against women and girls on high-profile forces, including in conflict, post-conflict settings and international peacekeeping and security missions

1.6 Guarantee the existence of psychological support to the members and their families before, during and after participating in peacekeeping and technical-military cooperation

1.7 Awareness campaigns that support women's participation in all spheres of national life

1.8 Seminars and gender sensitisation for decision-makers in the defense and security and justice bodies

1.9 Professional training of women in defense and security and justice bodies

1.11 Promote the participation of young women in the youth forum events of the International Conference on the Great Lakes Region

For the policies recommended for the period of 2017-2020, the implementation of NAP will be based on a system of data collection, analysis and dissemination, in close coordination with the National Institute of Statistics. Regarding monitoring and evaluation, the Ministry of Family and Promotion of Women will be assisted by the Ministerial Departments of National Defense and Interior (Deputy Coordinators) and the other Ministerial Departments as social agents in order to ensure a greater intersectoral and interdisciplinary approach to implementing these policies.

The responsibility of coordinating the central and local level are assumed by the Ministerial Department of the Family and Promotion of Women, requiring a strong intersectoral and interdisciplinary link, involving and responsible actors such as:

The NAP does not address disarmament issues. The NAP instead focuses on the Government’s attempt to restructure the way women view themselves as active participants in the country’s defense and security sectors.