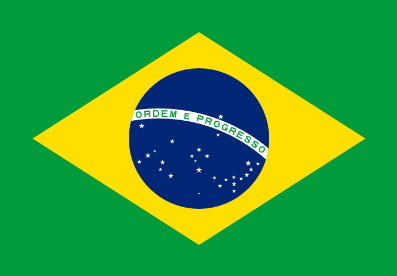 The Government of Brazil launched its first National Action Plan (NAP) in March 2017 for a period of two years (2017-2019). The NAP was developed by Brazil’s Working Group, the Ministry of Foreign Affairs, the Ministry of Defense including the three Armed Forces and the Ministries of Justice and Public Security, Human Rights and Justice and Citizenship. This NAP incorporates the main principles of Security Council Resolution 1325, 1820, 1888, 1889, 1960, 2106, 2122, and 2242. The Ministries of Defense, Justice and Public Security, and Human Rights are in charge of the implementation, monitoring and evaluation of the NAP.

Brazil has no recent history of armed conflict and does not face any external threats. The impeachment of Dilma Rousseff in 2016, ended 13 years of rule by the Workers’ Party in Brazil and brought to power President Michel Temer for the remaining two years of Rousseff’s term.  Temer eliminated the ministry of women, racial equality, and human rights, which he rolled into the ministry of justice, that is in charge of the NAP implementation. Even though the Brazilian Constitution guarantees women the same rights as men, women lag behind men in both political and economic status throughout the country. As of 2016, it is reported that every two minutes in Brazil, five women are beaten, while 13 Brazilian women are murdered every day.

By adopting the NAP, the Brazilian Government reaffirms its commitment to the promotion of international peace and security, as well as to the defense of gender equity and the empowerment of all women and girls. However, Brazilian NAP clearly showcases the intention of the Government to re-frame women’s role in society and position them as key participants in the country’s defense sector.

At the 23 April 2019 high-level WPS Commitments event, Brazil committed to creating a new NAP in advance of October 2020.

WILPF International does not have a country section in Brazil and therefore was not involved in the development process of Brazil’s NAP.

Civil society will support the NAP’s implementation, educate and expand their cooperation with the ministries that implement the NAP.

Civil society does not have an important role in monitoring and evaluation. According to the NAP, civil society and other actors will be used to spread the “knowledge and engagement about the National Action Plan in Brazil.”

Prior the official launch of the NAP, Brazil has undertook several attempts to broaden women’s participation  in decision-making, security and peacekeeping. These initiatives include the Multi-Year Plan (2012-2015) and the National Plan of policies for Women.

The actors for monitoring and evaluating are the Ministries of Defense, Foreign Relations, Justice and Public Security, and Human Rights. Their roles are to monitor mechanisms of the NAP’s implementation by creating reports on the measures taken to meet the objectives and activities, the progress made, and the challenges identified.

The implementation period for the Brazilian National Plan of Action is two years starting in March 2017.

Brazil does not include an allocated or estimated budget. No actions are included that formulate strategies for sourcing increased funding, detail what level of funding is required for which specific activities, or what accountability mechanisms will ensure funding is raised and used in implementing the NAP.

The reporting and review processes are follow-up tasks of NAP compliance from Gender Commissions and/or specific committees’ contributions. At the end of 2018, the Working Group will reconvene in order to assess the Plan’s implementation and make any necessary adjustments. Any desire to make a new NAP during the implementation period will be discussed by the Working Group, which will present its recommendations to the institutions and bodies involved.

The National Action Plan does not address disarmament issues or connect the proliferation of weapons with women’s insecurity. Instead, Brazilian NAP showcases the intention of the Government to re-frame women’s role in society so that women see themselves as key participants in the country’s defense sector, rather than addressing intransigent obstacles to women’s participation and rights.