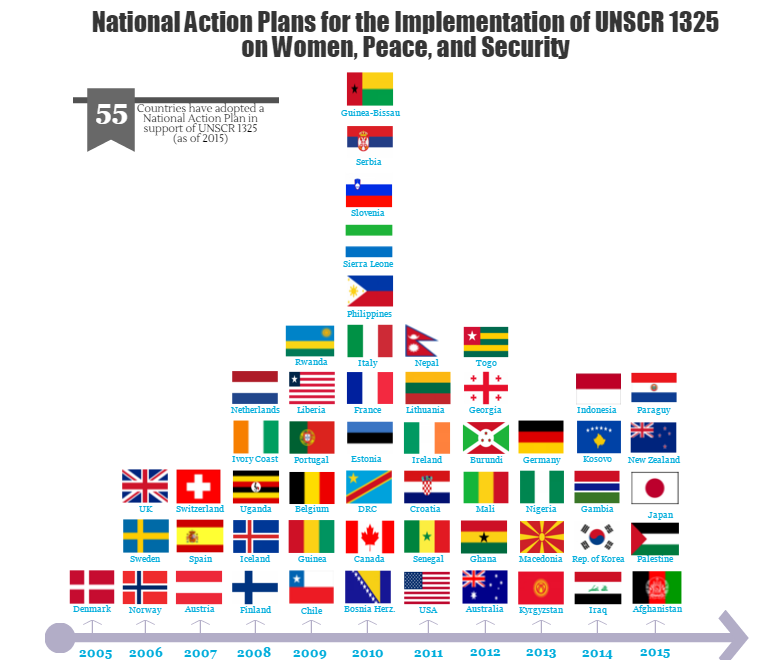 In October, the Security Council organised a High Level Review to assess progress at the global, regional and national levels in implementing United Nations Security Council Resolution 1325 (2000), renew commitments, and address obstacles that have emerged. Within the 2015 commitments on the Women, Peace and Security Agenda, there was a notable increase in language and commitment towards increasing women’s participation, however, much of the language focused on the role of women’s participation in countering violent extremism. Further, the language on this remains quite vague and often times solely emphasized women’s inclusion in security sector roles.

All in all, these new commitments are seen as positive steps, however, implementation remains a critical gap. We encourage civil society organizations to advocate for inclusive development of National Action Plans. It is now time to move from  commitments towards action!