Security Council Open Debate on the Protection of Civilians, May 2018 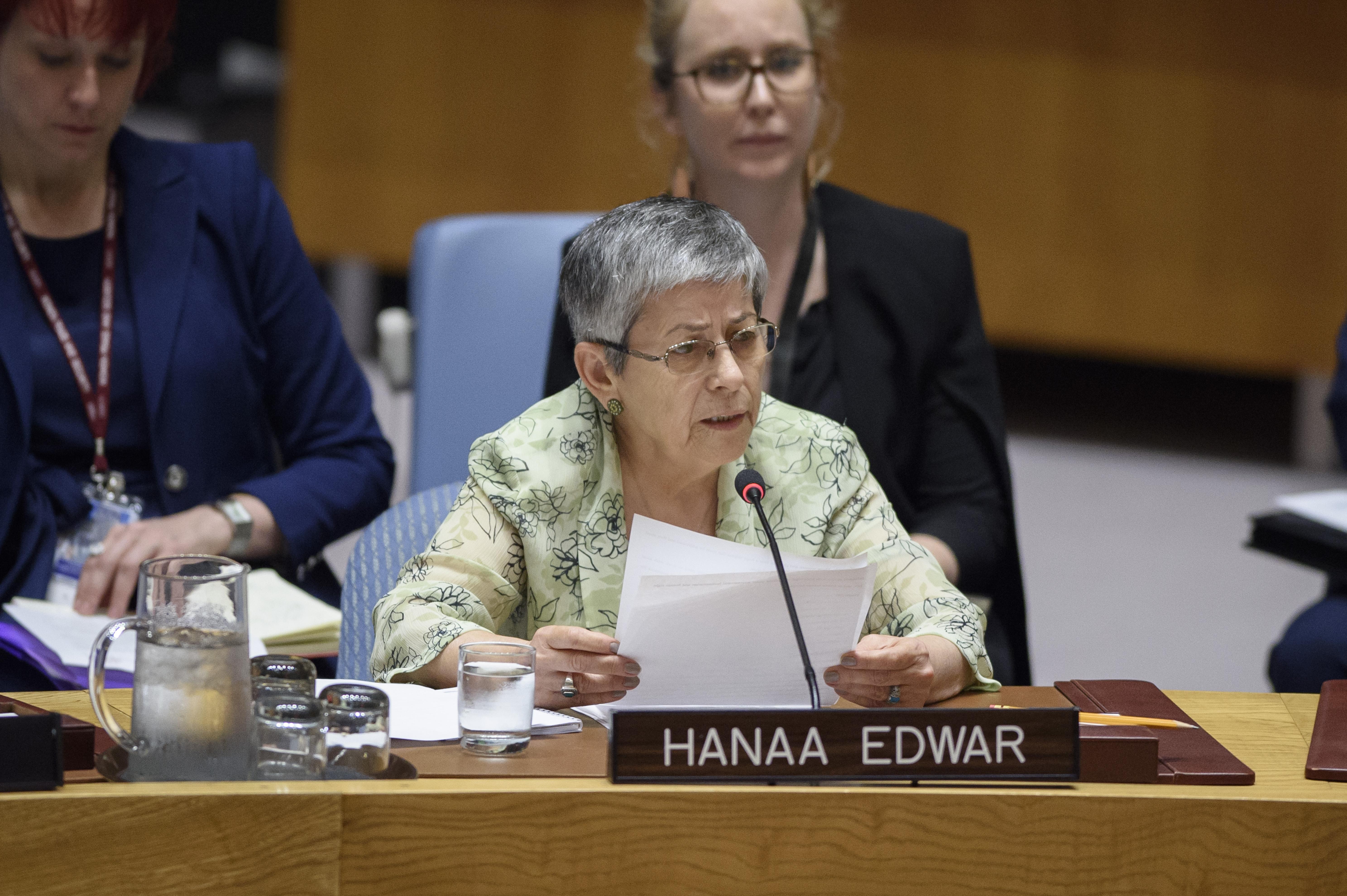 On 22 May 2018, under the Presidency of Poland, the Security Council held a ministerial-level open debate under the agenda item “Protection of civilians in armed conflict”. The debate was framed as an opportunity for Member States to review the current state of protection of civilians and share their views and existing good practices. In particular, many speakers shared measures to: limit the impact of militarisation on civilians and civilian infrastructures; facilitate rapid and unimpeded delivery of humanitarian aid; and promote respect for international humanitarian law through the Kigali Principles on the Protection of Civilians. More importantly, Ireland, Costa Rica and Austria, among others, initiated a political declaration to indicate support for the development of an international political instrument on explosive weapons. However, apart from miniscule references to civil society engagement and ending impunity for sexual and gender-based violence (SGBV), the debate mostly referred to women as victims instead of agents of change. Contrary to expectations, the debate failed to address the importance of women’s participation and the appointments of women protection advisors. In spite of clarion calls for the Council to intervene where Member States are unable to effectively protect civilians, speakers failed to discuss the relevance of the Women, Peace and Security (or “WPS”) Agenda, as well as gender-sensitive root cause analysis, to the Council’s mandate.

The Secretary-General, António Guterres, focused his opening statement on conflict prevention, reconstruction and peacebuilding as the key priorities for the Council for effective protection of civilians. Echoing his previous call of action to focus attention, support and funding efforts towards conflict prevention, the Secretary-General lauded measures that have been taken by some Member States in advocating change, such as the adoption of a national policy on preventing civilian casualties in Afghanistan, as well as the adoption of an African Communique in November 2017 on protecting civilians from the use of explosive weapons in populated areas. The Secretary-General called upon Member States to develop effective national mechanisms for the protection of civilians in line with international law, including ratifying and domesticating the Arms Trade Treaty.

The debate saw many speakers share policies and good practices that have been established at the national, regional and international levels. The representatives of Bolivia and Norway lauded the ICRC’s Healthcare in Danger initiative which seeks to protect medical personnel, healthcare facilities and unimpeded access to and for humanitarian aid. Similarly, the representatives of Nigeria, Spain and Argentina endorsed the Safe Schools Declaration and its guidelines and training for state forces on protecting schools during conflict. At the regional level, the representative of Kazakhstan shared his country’s development assistance project with Afghanistan to provide humanitarian assistance and university education in Kazakh universities for Afghan women, youth and children. Meanwhile, other representatives like the United Kingdom shared their countries’ national initiatives to domesticate international humanitarian law, including the UK’s Government Strategy on robust civilian protection training for peacekeeping personnel.

While the policy development and implementation of international law are important steps, the Director-General of the International Committee of the Red Cross (ICRC), Yves Daccord, highlighted the remaining existence of a gap between formulated policies and the reality on the ground. He urged parties to armed conflicts to revise militarised response mechanisms and avoid the use of explosive weapons in densely populated areas. He also called for ensuring greater protection for healthcare personnel through national and regional initiatives involving military procedure planning, data collection and adequate humanitarian personnel training.

Civil society speaker, Ms. Hanaa Edwar, Secretary-General of the Iraqi Al-Amal Association, shared her experiences within Iraq, with a specific focus on the continued displacement of 10 million Iraqis and the prevalence of sexual and gender-based violence (SGBV) against ethnic minorities like the Yazidis. She highlighted the lack of conflict- and gender-sensitive analysis in humanitarian work and called for a greater engagement of local actors in determining the way in which support and assistance is delivered into communities. “Humanitarian aid must address longstanding, structural drivers of conflict, which remain issues for communities in return”, she added.

Expressing concern for the use of explosive weapons in densely-populated areas, speakers focused their statements on the need to ensure a full and effective implementation of Resolution 2286. The representative of Argentina, for example, expressed exasperation at the fact that medical personnel and hospitals continue to be targeted for attacks by both state and non-state actors 2 years since the adoption of the Resolution. Similarly, the representatives of Romania and Cote d’Ivoire highlighted the responsibility of states to ensure that the comprehensive legal structures are in place to enable the implementation of the Resolution. The representatives of Austria and Switzerland affirmed this call by calling on states to look to the Maputo Declaration and the Office for the Coordination of Humanitarian Affairs (OCHA) report on reducing the humanitarian impact of the use of explosive weapons in populated areas, for guidance.

Amidst these discussions, some speakers noted the frequent politicisation of international law to support the narrow interests of individual countries. Many speakers called for accountability of relevant States for flagrant violations of international law. Including the continuing use of chemical weapons in Syria. Speakers noted that power imbalances that enable impunity for such transgressions have led to discontinuation of the OPCW-UN Joint Investigative Mechanism In Syria. In calling for the Council to take greater responsibility for the protection of civilians, the representative of the African Union observed that the principle of non-interference has turned into a mere principle of indifference. In a similar vein, the representatives of Costa Rica, Poland and and Hungary called for greater accountability from powerful states and greater support for the ACT Code of Conduct and French-Mexican initiative to inhibit veto powers in situations of mass atrocities.

Out of 85 speakers, only 7 (8%) referenced the need to incorporate gender perspectives into the protection of civilians in armed conflict. While a fair amount of attention was allocated to the need to curb the use of explosive weapons and ensure accountability for using weapons of mass destruction (7%), discussions failed to address normative developments towards more gender-sensitive humanitarian policies. The representatives of Sweden and the United Arab Emirates, in particular, reiterated the necessity to create responses and solutions that would cater to the different needs of women girls in conflict. Similarly, Ms. Hanaa Edwar noted that humanitarian action must be gender-sensitive in order to address long-standing structural drivers of conflict. Other speakers like Canada, Liechtenstein and Bangladesh highlighted the need to combat impunity for conflict-related SGBV, as well as prevent conflicts through early-warning mechanisms.

It is notable that 41 speakers (48%) - almost half of all attendees - reiterated the Secretary-General’s call of action to focus on conflict prevention and peacebuilding as a means of ensuring sustainable peace. The representative of Sweden asserted that conflict prevention should be the first line of defence for all states, while the representatives of Morocco, South Korea and Kenya emphasised the importance of early-warning mechanisms to counter terrorism and accompanying issues like SGBV and forced displacement. Similarly, other speakers like Colombia, Japan and Algeria touched on the importance of strengthening international and domestic legal frameworks in post-conflict settings, including by improving access to education and building sustainable socio-economic reintegration programmes. However, discussions did not go further than this to address the irregular flow of arms in conflict countries, as well as the need to curb the pervasiveness of the use explosive and chemical weapons in highly-populated areas.

Only the representatives of Canada, Norway and Mexico emphasised the importance of the participation of women and civil society in peace operations and the provision of humanitarian aid. The representative of Canada, in particular, shared his country’s commitment to working with civil society and women organisations in Myanmar in investigating and documenting gross human rights abuses, including SGBV. This is an important call amidst proven data that women’s participation in peace processes increases the likelihood of a peace agreement lasting at least two years by 20% and lasting at least 15 years by 35%. In the same vein, while speakers noted experiences in engaging with regional and sub-regional organisations, only the representative of civil society, Hanaa Edwar, mentioned the importance of working with women’s civil society organisations and other on-the-ground actors in the protection of civilians and streamlining coordination mechanisms for the delivery of humanitarian aid. Consequently, speakers failed to highlight the role of international law in promoting adequate and flexible financial, technical and political support for civil societies and women groups, which would allow them to strengthen capacities in efforts to protect civilians.

In spite of a clarion call for justice and accountability for crimes against humanity, only 19 speakers (22%) referenced SGBV as an integral component of most mass atrocities and crimes against humanity. This is concerning in light of the recent debate on sexual violence in conflict held only last month, where many speakers affirmed their country’s commitments towards eradicating impunity for SGBV. This is also concerning in the face of the Secretary-General’s revelation at the start of the debate that SGBV increased by 56% from 2016 to 2017. In the meantime, the Council continues to miss important opportunities to address the prevalence of SGBV as a weapon of war used by ISIL, Boko Haram and other armed actors, as well as the fact that not a single member of these terrorist networks have been held to account for SGBV. Further, although all speakers touched on the importance of combating impunity and ensuring human rights, none addressed the specificity of crimes and human rights violations against civil society advocates and human rights defenders. The Council has to support, through law and in practice, access to justice and accountability for civil society actors and human rights defenders so they would be able to operate free from hindrance and insecurity.

While calling to protect civilians from indiscriminate impacts of explosive and chemical weapons, as well as building sustainable economic programmes in post-conflict setting, Member States missed key opportunities to commit to practical solutions to address militarisation and ensure political economies of gender equality and peace. In this light, further recognition and action are needed to support disarmament and political economies of gender justice and peace. In order to fulfill their responsibilities under international law on the protection civilians, including Resolution 2286, the Security Council and Member States must:

Concept note for the Security Council open debate on the protection of civilians in armed conflict, 22 May 2018