Equality, Development, and Peace: Where are the Links? -- PeaceWomen E-News, February 2014

If you have any difficulty viewing this letter in HTML, please view it online.

The next recipe for development is being designed, but right now it is missing critical ingredients and may end up falling flat.

This month the General Assembly's Open Working Group (OWG) on Sustainable Development Goals (SDGs) met for its final session before developing a proposal for what should come after the expiring Millennium Development Goals (MDGs) in 2015. During this session, they addressed women's empowerment and rights, and conflict and peace. Some managed to connect the dots between gender equality, peace and conflict prevention - a speaker representing Spain, Italy, and Turkey stated strongly: “Women are the invisible hand of development and peace all over the world.” However, this perspective was few and far between.

For our part, PeaceWomen worked during the OWG session to promote an integrated approach to peace and development that strengthens women's participation and rights and finances development with disarmament. We developed an open advocacy letter and gathered over 50 endorsements from around the world demanding a comprehensive gender approach to conflict prevention and peacebuilding in the SDGs. We contributed to a Women's Major Group conflict paper and intervention including a proposed target of reducing arms investments by 50% by 2030 and redirecting these resources to gender equitable social development. We also participated in a side event on gender and Post-2015 sustainable development where we highlighted how just a fraction of the global investment in arms would finance the MDGs, and reminded participants that there can be no development without disarmament and women's full and equal participation and rights. 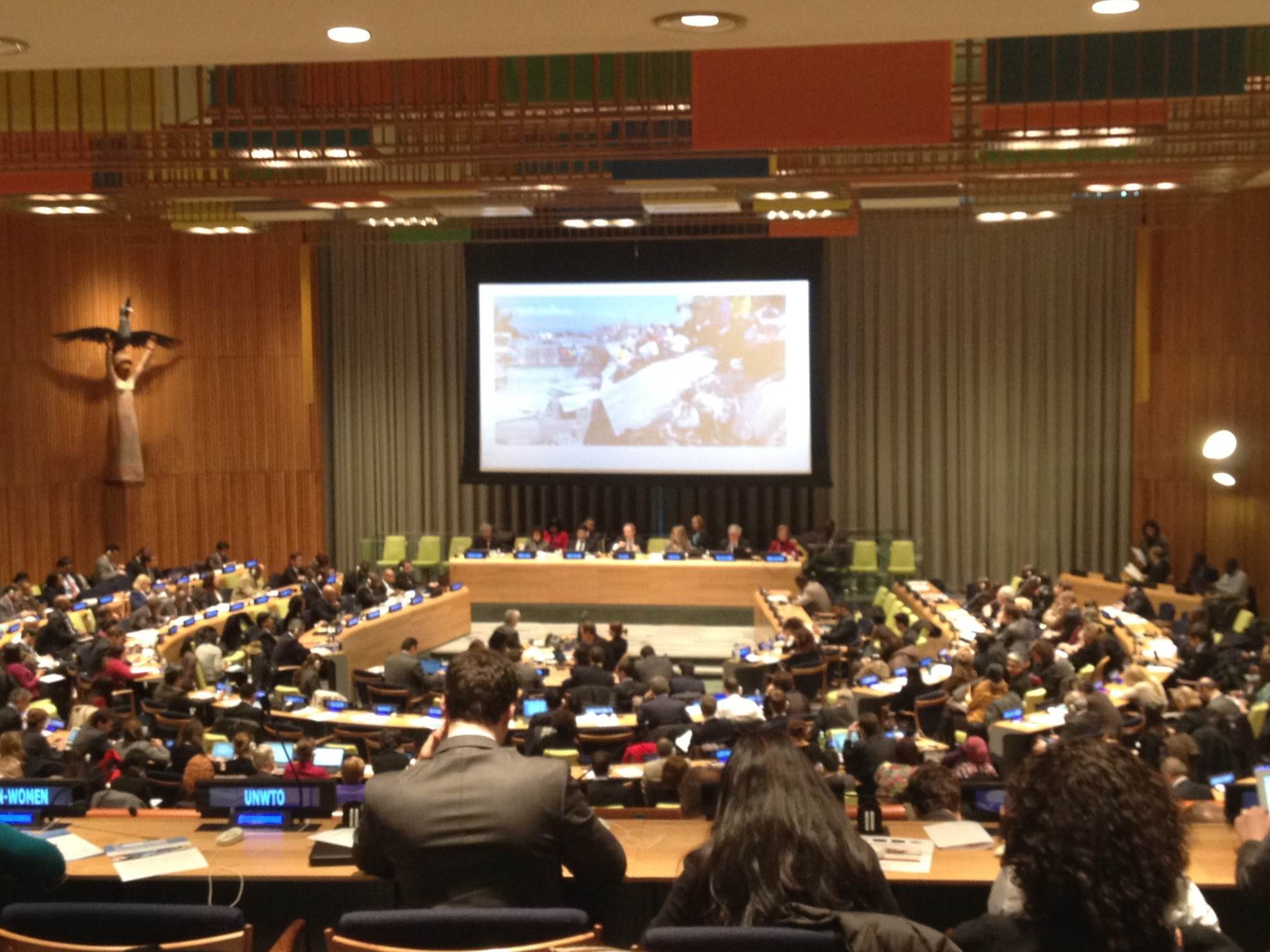 Although we are disappointed that the gender equality discussions had very limited links to the Women Peace and Security (WPS) agenda, we agree with UNWomen Executive Director Phumzile Mlambo-Ngcuka who demanded a bold Post-2015 agenda, stating that “a less ambitious plan will not take the world to a much better place.” We also support UNFPA Executive Director Dr. Babatunde Osotimehin's statement that, “We must not just say it, we must do it.” Furthermore, we support the call for stand-alone goals addressing peace and gender equality, along with cross-cutting targets throughout, including on the elimination of small arms proliferation.

There can be no Band-Aid approaches to peace, security and development. As WILPF has said for many years: “you get what you pay for.” It is time to stop investing in failed business as usual and instead invest in gender equality and sustainable peace.

We ask you to push your government to join the call for stand-alone goals addressing gender and peace with cross-cutting targets including on eliminating small arms proliferation, and help us to promote a development agenda that is designed for success.

This edition of E-News includes a blog by PeaceWomen Programme Director Maria Butler on how UN peace talks on Syria have collectively failed women, an overview of WILPF's ‘Paths to Justice' campaign, and an article overviewing Dr. Cynthia Enloe's blogs on the Women Lead to Peace Summit. We are also excited to share with you more information on the events organized by WILPF taking place during the Commission on the Status of Women 58 in March. This E-News also features news on the Afghan domestic violence law and women's participation in Libya's constitution. 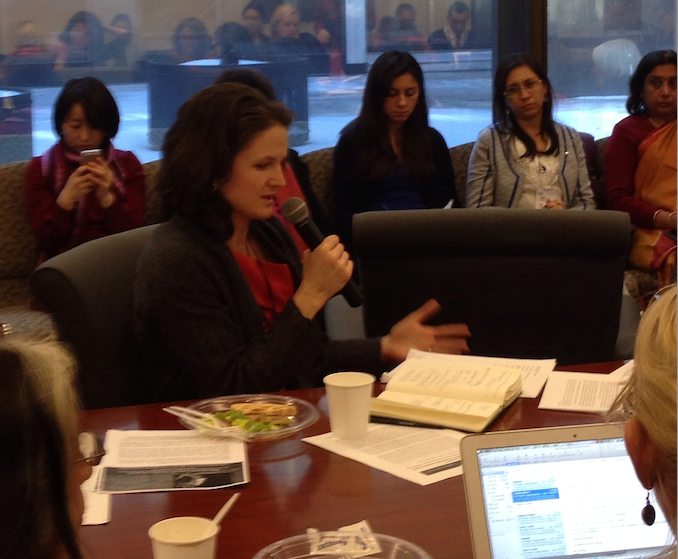 UN Special Envoy to the Great Lakes Mary Robinson highlighted the need for stand-alone goals on peace and gender equality, along with cross-cutting targets throughout, including on the elimination of small arms proliferation. Some support was evident. Speakers representing Tanzania, Jamaica, Brazil, Nicaragua, and the Caribbean Community and Common Market (CARICOM) highlighted the need to address arms proliferation, and states such as Croatia and Timor-Leste highlighted how conflict can nullify development for over a decade afterward. Several Member States highlighted the need for strengthening women's in participation in peace and development. A speaker representing Denmark, Ireland and Norway stated: “Women remain the single greatest under-utilised resource in more effective peacemaking and peacebuilding.” Another speaker representing Spain, Italy, and Turkey stated strongly: “Women are the invisible hand of development and peace all over the world.”

However, challenges remain for a gender goal and States voiced hesitation about addressing issues of peace, conflict, and justice in SDGs at all. This is hugely frustrating and signals a big potential step backwards, as policy making that builds on women's experiences has recognized the links between gender equality, development, and peace for at least forty years, since the first UN women's conference in 1975 on “equality, development and peace.” Join us in moving forward rather than backward by asking your government to support the call for stand-alone peace and gender equality goals with cross-cutting targets throughout including on the elimination of arms proliferation!

Less than two weeks to go for one of the most exciting times of the year for women's rights advocacy – the Commission on the Status of Women Session 58 (CSW58) is almost here!

This year, CSW58 will occur from 10 March until 21 March 2014 at the United Nations Headquarters in New York. WILPF will be participating with a delegation of over 60 WILPF women from all around the world who are passionate about gender equality and sustainable peace. In response to CSW 58's Priority Theme, WILPF calls for a “post-2015 development agenda that invests in gender equality and peace for sustainable development rather than current investments in degenerative development, inequality and violence.”

As we lead up to WILPF's 100th anniversary of peacemaking from a gender perspective in April 2015, we will demonstrate Women's Power to Stop War at CSW58. Our WILPF delegation will share their CSW58 experiences via blogs, which can be accessed via our Facebook page. We are also featuring an exciting photo gallery of 100 Women for Peace who will be sharing their support for women's power to stop war, showcased through our Instagram account. In the next couple of weeks and during CSW 58, look out for the hashtags #WILPF100 and #WSW2015 to follow WILPF as we advocate for disarmament, sustainable peace, women's participation in peace processes and more at CSW58.

Join us at the following events WILPF is sponsoring and participating in, which are also listed on a special CSW58 page on our website.

March 11
Nuclear Proliferation and the Peace and Security Agenda: The challenges it poses to the MDGs for women and girls in Africa
8:30 - 10 AM
Armenian Convention Centre, Ballroom 1, 630 2nd Avenue, New York

No Development without Disarmament
10:30 am - 12 pm
Chapel of the United Nations Church Center

March 13
Breaking Down Barriers to a Holistic Women, Peace, and Security Agenda
10 am – 11:15 am
United Nations Headquarters, Conference Room C

March 15
Singers in the Band: A Screening and Symposium on Military Sex Trafficking
11:30AM - 4:30PM
Fordham Law School, New York

Cynthia Enloe's Blog on the Women Lead to Peace Summit

Dr. Cynthia Enloe is a world-renowned scholar on gender and militarism and is a member of the WILPF academic network. In January, she participated in the “Women Lead to Peace” Summit in Montreux and Geneva, which WILPF and a coalition of women's groups launched to strengthen opportunities for women's participation in the Syrian peace processes. Dr. Enloe's daily blog, posted on the WILPF website, highlights the rich discussions among participants -- including Nobel Laureates Shirin Ebadi and Mairead Maguire -- who came from around the world including Iran, Northern Ireland, Liberi 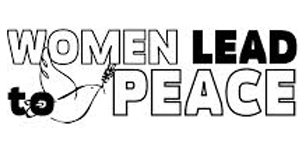 a, the Balkans, Colombia, Sri Lanka, and Syria to share experiences and strategies.

An excerpt of her blog is below - download the full blog here:

“We all gathered at the Graduate Institute, wonderful new glass buildings just a short walk from the UN. Lisa Prugl, a well known feminist International Relations scholar and a faculty member at the Institute, had arranged for the space. The politics of space is always interesting. We all sat in a big circle – we are feminists after all! The focus was and is: How to persuade the UN officials and the US and Russian officials – as well as all the Syrian men invited to the official peace talks table (which officially begin in two days) – that inviting the only men who wield guns (and the men with brief cases who have large armies behind them) to make peace is not a formula that will work. In fact, there's an international track record – evidence! – to prove that this “only men with guns can make peace” is not an effective formula.

Instead … the only productive formula for moving towards a sustainable (“sustainable” was used repeatedly – these are not “quick fix” sorts of thinkers) peace is to have at the official table (not mere “observers”) representatives of those women civil society activists inside Syria. That is, sitting at the official negotiating table should be Syrian women who have knowledge about creating peace, reducing violence, creating a genuine social contract, AND who are not coming to the official table to promote post-war political careers for themselves.”

WILPF Rises on the Path to Justice

A day that in pop culture is marked by roses, chocolates and lovebirds is now widely commemorated as a day of global action protesting violence against women and girls - February 14th is the day for the One Billion Rising for Justice campaign. Every year, the One Billion Rising for Justice Campaign, organized by the V-Day Movement, brings attention to women rising to demand justice and an end to violence against women including through dance, song, art, testimonies, and spoken words.

On this day, WILPF rose as well and we will continue to rise for justice! With the One Billion Rising for Justice campaign, we are demanding justice for victims of sexual violence performed by peacekeepers. Today there are still reports of United Nations (UN) peacekeepers committing crimes of sexual violence, including rape, sexual exploitation and human trafficking. Victims of violence are confronted with many problems and obstacles on their way to justice, such as, immunities of criminal prosecution, whistleblower sanctions, and a lack of will from the international community to take action.

WILPF's ‘Paths to Justice' project addresses these issues and demands accountability from the international community. The project commenced with two international legal conferences which discussed and researched these complexities, legal issues and obstacles and ultimately resulted in an Outcome Document with recommendations for ending impunity. WILPF has also created an infographic outlining the problems of the peacekeeping accountability system. To support the campaign and raise awareness about this grave issue, you can share the cover photo featured below and tweet why you feel the culture of impunity needs to be addressed using the hashtag #PathsToJustice. You can also petition your government to bring attention to this issue and demand strengthened accountability for the UN's Zero Tolerance Policy.