In the aftermath of the deadly violence that rocked Kyrgyzstan earlier this month, the United Nations Development Fund for Women (UNIFEM) has issued a call for US$670,000 to provide urgently needed services. Specifically, UNIFEM seeks to provide psychological and rehabilitation to women survivors of sexual violence affected by the conflict. Plans also include undertaking rapid needs assessment of women in the conflict-affected areas to obtain accurate data on their immediate needs to provide better targeted assistance in the coming months.

The call for funding is made through the UN system-wide flash appeal for US$73,045,639 to provide assistance over the next six months to more than 1 million people affected by violence and displacement in the country. This includes the 300,000 people who have been internally displaced in southern Kyrgyzstan, and also the more than 700,000 who have been otherwise impacted, such as those communities hosting the displaced or in the areas devastated by the violent unrest. 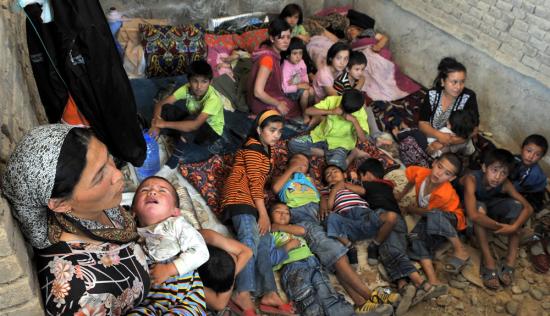 The ethnic conflict in Kyrgyzstan, which erupted in the first half of June, has been marked by high level of violence, widespread arson, looting and sexual violence. A total of at least 375,000 people have fled from the conflict-affected city of Osh and Jalal-Abad Province. More than 100,000 of them have sought refuge in neighbouring Uzbekistan.

Studies indicate that women often bear the heaviest burden of such violence and conflict. With widespread instability, women's vulnerability to violence, abuse and sexual exploitation increases. As part of the overall UN system, UNIFEM seeks to work with national and civil society partners to support the establishment of rehabilitation shelters for women affected in Osh and Jalal-Abab, including survivors of sexual violence. Plans also include provision of mobile teams to ensure urgent psychological and other services to the affected women.