As part of PeaceWomen's ongoing lecture series on Women Peace and Security with the Mission of Liechtenstein to the United Nations and the Liechtenstein Institute of Self Determination at Princeton University, WILPF co-hosted the event “Boko Haram and the Cycles of Violence: Strengthening Prevention Using the Women Peace and Security Agenda” on 30 October 2014, at the United Nations Headquarters in New York. The panel included representatives from WILPF Nigeria, Cameroon, and Human Rights Watch. 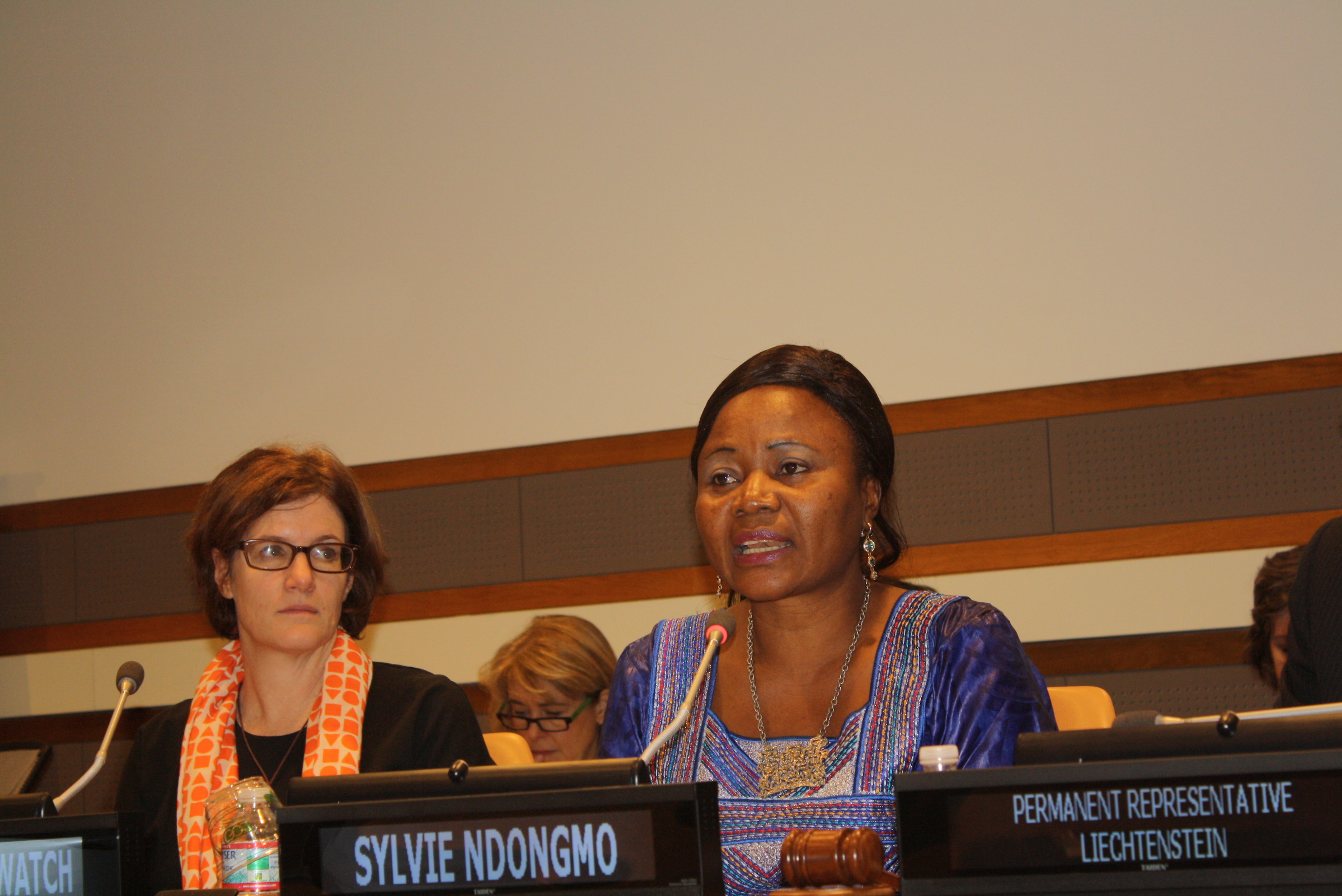 WILPF-Nigeria President Joy Onyesoh first discussed the effects of Boko Haram on the women and girls of Nigeria, including negative economic impact, increased displacement, and widespread violence and abductions. “Boko Haram is waging war against women and girls and against the whole of Nigeria,' she said. Ms. Onyesoh shared about how WILPF uses the Women, Peace and Security (WPS) agenda to create change by working with local communities in different political zones to promote women's participation in security discussions. She emphasised the link between militarisation and conflict, which negatively impacts women's rights, and the use of the Arms Trade Treaty (ATT) to hold governments accountable. She also commented on the widespread impunity for the crimes of Boko Haram and government actors. Nonetheless, she affirmed the positive developments of networks of women's organisations all over the country, including capacity-building and mobilisation efforts, and called for increased support to scale up these important efforts.

Sylvie Ndongmo of WILPF-Cameroon brought attention to how that the faceless nature of Boko Haram and the culture of denial in the country has resulted in inadequate security measures and intelligence systems in the country. Civil society organisations (CSOs) face challenges from the lack of access to information and resources and suffer from the inability to become involved in security responses. She also commented on the complicity of traditional leadership with the terrorist groups and the fear of victims in speaking out. Furthermore, Ms. Ndongmo shed light on the gendered impacts of Boko Haram in Cameroon, including escalated violence against women, growing number of displaced persons, declined enrollment of girls in school, high incidence of human rights violations including gender based violence, and increased circulation of arms among the population. “Prevention is better than cure,” she affirmed. “Peace is the key element of development.”

Human Rights Watch (HRW) Women's Rights Division Director Liesl Gerntholtz presented their new report on Boko Haram Violence against Women and Girls in Northeast Nigeria and discussed the abuses and corruption of security forces and the cycles of violence against women by Boko Haram in the form of forced marriages, conversions, and participation. Gerntholtz pointed out that what is happening in Nigeria and Cameroon with Boko Haram is an armed conflict, and as such is subject to international agreements including the Geneva Conventions, International Criminal Court (ICC), and other international human rights and humanitarian law.

•Cameroon government: Stop denial, take immediate action to address the situatio, and take concrete steps to implement the entire WPS agenda in all settings, including through development of a National Action Plan (NAP) on UNSCR 1325 with a particular emphasis on the prevention pillar.

◦Include women peacemakers in summits and dialogue on these issues to address a critical gap here so far, and place women's human rights at the center.

◦Strengthen support to ensure victims of conflict including women receive necessary treatment, resources, and other services and have access to justice through proper and prompt investigations into crimes by peacekeepers, Boko Haram, and others.