MIDDLE EAST: In Virtual Middle East, It's a Man's World 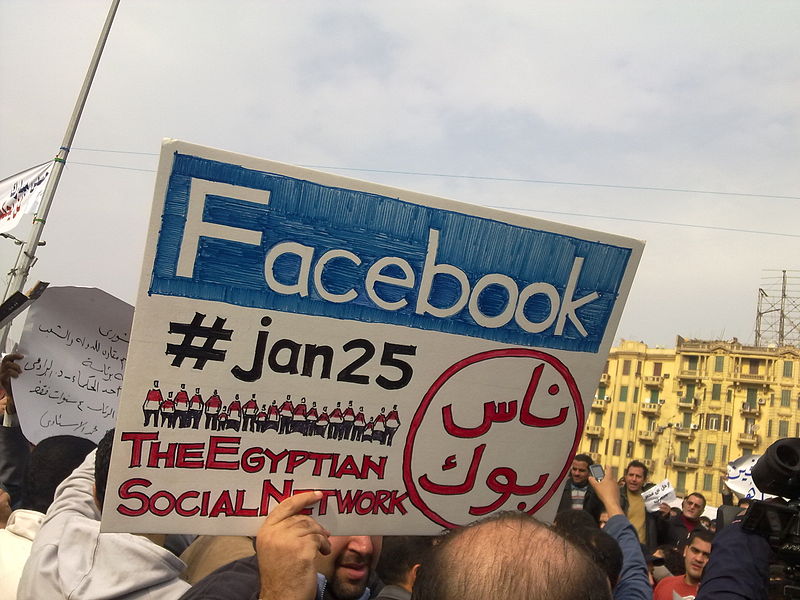 The virtual Middle East of Facebook,YouTube and Twitter has nearly twice as many men as women and, despite a year of political ferment and explosive growth in social media across the region, the ratio remains stubbornly unchanged.

Women accounted for 33.5% of Facebook users as of October, according to the latest edition of the school's Arab Social Media Report by the Dubai School of Government released on Tuesday. That was the same percentage as in April when the previous survey was taken and compares with a worldwide average of about half.

Although in a few countries, like Lebanon, Jordan and Bahrain, women made up more than 40% of the Facebook population, in Yemen, Iraq and Oman they were less than 30%. In Egypt, whose Facebook usage has ballooned with the Arab Spring, they accounted for just 37%.

Closing the gap will be a tall order because the virtual world is still entrenched in the real world where women in the Middle East face severe social and cultural restraints, the report said, citing a survey it conducted of social media users. More than a quarter of the respondent said family and social barriers as well as stereotypes are the biggest factor in deterring women from using their keyboards to interact with the wider world.

Much smaller numbers said they believed women used social media less because they are less computer literate or because they do not have access to computers or the Internet.

“Interestingly, the responses we got from both men and women were almost identical and the main reason they cited for it is society and culture. This was across all countries,” Fadi Salem, director of the Governance and Innovation Program at the Dubai School of Government, told The Media Line.

While women have played a major role in the Arab Spring, including Yemeni Tawakkol Karman, who shared the Nobel Peace prize this year, they still take a backseat to their brothers in politics. “This virtual gender gap is connected to the real live gender gap,” said Salem, who was an author of the report.

Women have used social media to push issues of concern to them in public, such as the Saudi Women2Drive campaign launched last May in Saudi Arabia to lobby to end a ban on female drivers. In Egypt, women set up a site that identifies parts of Cairo where women are subject to harassment on the street.

But on the whole, women are less likely to use social media to advance their political concerns, the Arab Social media survey found. Asked “what was your primary use of social media during the uprisings/revolutions/civil movements in your country,” men were much more likely to have used it for: “raising awareness,” or “spreading information.”

However, among the small minority of activists, women were more likely to use social media to organize and manage campaigns. Some 9% said they used social media that way, three times the percentage of men.

The male-female divide comes as social media use has grown enormously across the region. The Arab Spring was in part spurred by the use of social media to spread news and organize rallies while it has created in some parts of the region a freer environment where news and opinion can be disseminated more freely.

The report estimated that the number of new Facebook users grew by more than 15 million in the first 10 months of the year to 36 million by November, with Egypt alone adding 4.2 million users. The report estimated there were just over 650,000 twitter users in the Arab world as of September, generating 1.23 million tweets every day.

According to a study published in July, Arabic-language Facebook pages had grown about 175% in a year, double the overall rate of Facebook worldwide, making the social media tool more accessible to the people of the region.

Salem said the Arab Spring was only one inspiration for the new-found interest in social media. Businesses have begun to use it as have the traditional media, which have come to recognize how critical it is in reaching the Middle East's disproportionately young population, he said.

“Governments themselves have realized that it's a platform to communicate with the pubic,” Salem told The Media Line. “Some governments in some countries have tried to block it and erect fences, but others were more avant garde in their view and have started to adapt to it, building guidelines and policies and using it to communicate and get feedback.”

But while many Arab countries showed unusually strong take-up for Facebook, penetration remains relatively low in the Arab world. The United Arab Emirates led the way, with 30.6% of its population using the social media tool, but it was way behind two of the region's non-Arab countries, Israel (47.1%) and Turkey (39%).

On the other hand the gap between the wealthy countries of the Gulf and the rest of Arab world has narrowed, with Lebanon, Jordan and Tunisia now among the top five Arab world users.

Fear of the government remains the biggest deterrent to people in the Arab world expressing themselves freely on the Internet, according to the survey. Some 26% of the respondents – men and women equally – cited “I could be held accountable by the authorities for my views” as the biggest “negative repercussion” of using social media.

But the Arab Spring has created a divergence of feelings about state repression. In Egypt, only 16% of the respondents pointed to government repercussions, compared with 31% in Saudi Arabia and 32% in the UAE, although the freedom of expression remains constrained in most of the region, including Egypt.

The UAE sentenced five bloggers in November to up to three years in prison for urging public protest and disrupting public order, but pardoned them a day later. In Egypt, blogger Maikel Nabil is serving a two-year prison sentence for insulting the military. On Sunday, an Egyptian judge released blogger Alaa Abdel Fattah pending an investigation into charges of stealing weapons and planning for a terrorist attack.