Josefina Rodríguez very nearly lost her life trying to protect the small plot of farmland in rural Nicaragua that allows her to support her family. Twelve years ago her husband wanted to sell the land, and when she stood up to him, he attacked her with a machete, almost killing her.

"It was the only thing of value we had, and I knew that if we sold it, he would just drink the money away," Rodríguez told IPS in Terrabona, a rural municipality 116 kilometres from Managua.

Her husband was a former "Contra", a member of the counterrevolutionary armed group financed by the United States to overthrow the leftist Sandinista government in the 1980s. He was given the plot of land under a government programme that distributed land to demobilised combatants at the end of the civil war.

"I escaped from being hacked to death with a machete because the neighbours came to my rescue," Rodríguez, now 41, recalled in an interview outside the modest house where she lives with her three daughters, two sons and a new partner.

In the end, her act of bravery and defiance was worth the risk. The land is now in her name, and she has received government assistance to raise food for her family, as well as surplus crops that she is able to sell "so I have a bit of money to support my kids."

On her three hectares of land, in addition to a vegetable garden and banana trees, she has two cows, a calf, several dozen chickens and a pregnant sow, she proudly reports. 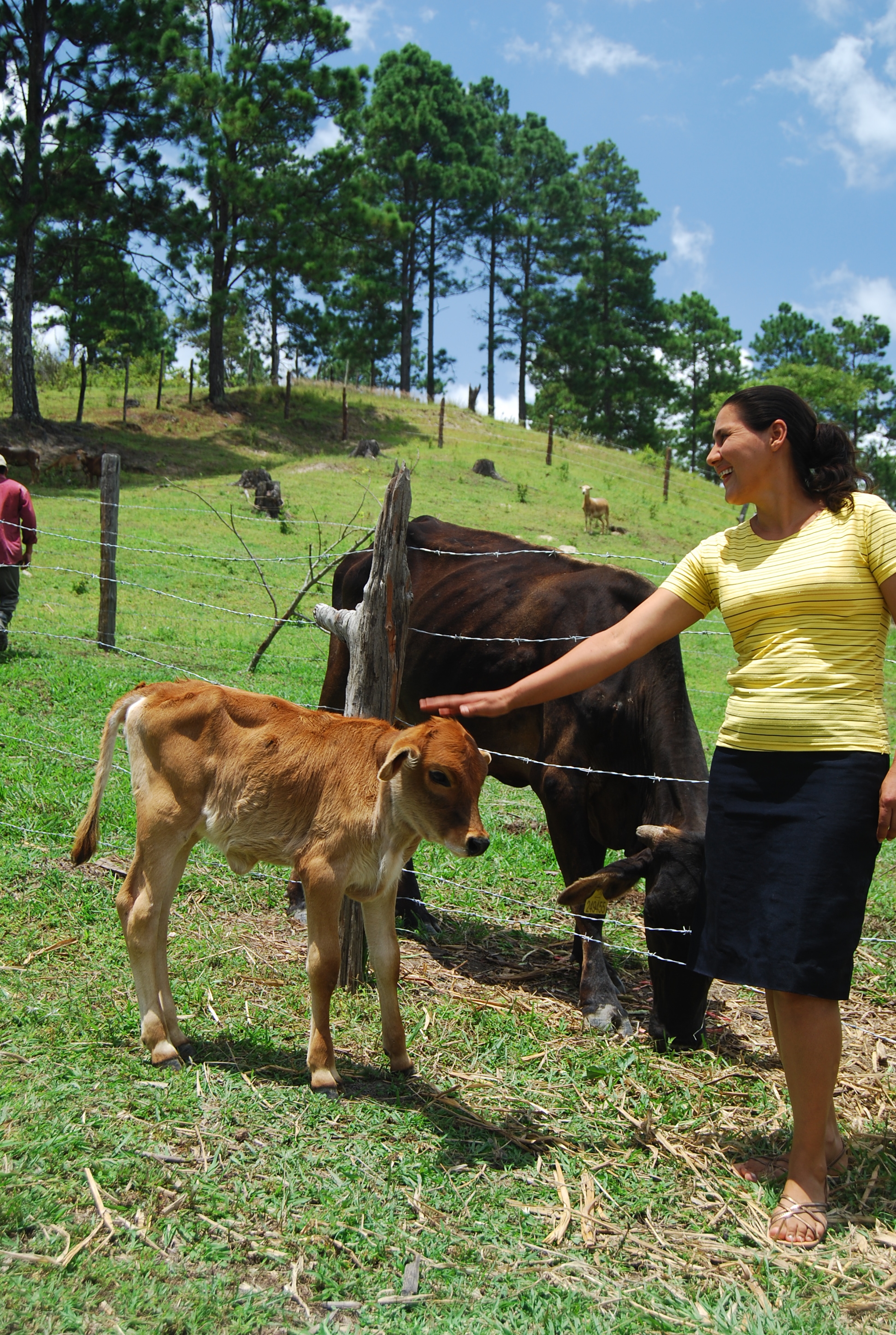 Rodríguez and 45 other poor women farmers in Terrabona, situated almost 2,000 metres above sea level in the central Nicaraguan province of Matagalpa, are among the 46,248 women who have benefited from the Nicaraguan government's Zero Hunger programme, according to figures from the Ministry of Agriculture and Forestry.

The four-year programme, launched in 2007, is meant to benefit a total of 80,000 poor rural families. It is aimed at promoting food sovereignty through the distribution to each family of up to 2,000 dollars worth of seeds, livestock, farming implements and assistance.

Each family is provided with a pregnant cow, an inseminated sow, several chickens, materials for building a pigpen, fruit tree saplings, vegetable seeds and technical assistance.

Representatives of the Nicaraguan country office of the United Nations Food and Agriculture Organisation (FAO) told IPS that the Zero Hunger programme, along with other initiatives and policies adopted by the government to foster food security, have strengthened the role of rural Nicaraguan women in food production.

In 2009, Nicaragua passed a food security law and officially established the creation of an agricultural assistance fund.

Since leftist President Daniel Ortega took office in 2007, his administration has implemented a number of other programmes aimed at assisting the most disadvantaged sectors of the population, such as school gardens, financial assistance for child nutrition, support for "backyard" farms (less than one hectare of land), and preferential loans for female heads of household.

According to the FAO, women small farmers account for between 60 and 80 percent of food production in the world's poorest countries and roughly half of all the food produced in the world.

There are a total of 1.6 billion rural women in the world -- one quarter of the world population -- and most of them are farmers.

While there are no official statistics on women's contribution to food production in Nicaragua, there is no lack of data on food insecurity.

Nicaragua is the country with the second-highest rate of undernourishment in the Americas, surpassed only by Haiti. More than 25 percent of the population suffers from malnutrition.

A total of 5.7 million people live in this Central American nation, of whom 2.9 million are women. More than one million of these women live in extreme poverty, according to the National Development Information Institute, a government agency.

Claudia García Rocha, a social researcher at the non-governmental Institute for Public Policy Studies and Strategies, told IPS that the government's efforts to boost food security and sovereignty have contributed significantly to promoting gender equity. "This is probably one of the most positive aspects of the programme, since it has promoted socio-economic development with a gender focus, placing priority on women," commented García Rocha, the author of a study entitled "Voces de Hambre Cero" (Voices of Zero Hunger).

Nevertheless, she added, the political bias that the government has given the programme, the lack of information on its progress, and the limited opportunities for women to own land all conspire to make initiatives like these less effective than they could be.

Sociologist Cirilo Otero, director of the non-governmental Centre for Environmental Policy Initiatives, believes that women's lack of access to land ownership is one of the most serious obstacles to gender equity in Nicaragua.

Barely three percent of women have legal title to the land they work. "This means they are unable to receive loans or to benefit from social programmes" which require beneficiaries to own between one and ten hectares of land, Otero told IPS.

In May, the legislature passed a law to create a Fund for the Purchase of Land with Gender Equity.

Deputy Alba Palacios, who introduced the bill, said that it will help remedy a critical situation: in Nicaragua, there are currently 1,100,679 women who live in rural areas and own no property or assets of any kind in their own name.

The newly created fund "will promote legal and material ownership of land for rural women," and particularly those who are the heads of poor households, Palacios told IPS.

"Women's access to land ownership is directly tied to food sovereignty and women's independence, because their freedom begins with economic independence," added the lawmaker from the ruling Sandinista National Liberation Front (FSLN), which holds a majority in Congress.