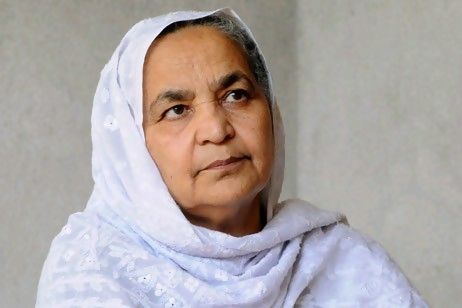 Adversity, hardship and personal risk may not be everybody's idea of a fulfilling work-life, but for Maryam Bibi it literally comes with the territory.

A chief executive of a women's charity in the volatile city of Peshawar, the capital of Pakistan's Khyber Pakhtunkhwa (KP) Province, Bibi has been committed to improving the lot of women and girls in the republic's rural and notoriously hostile tribal communities since she established her non-governmental organisation (NGO), Khwendo Kor, in 1993. For Bibi, the threat of death is a daily part of life in this most ancient of cities, which, trapped on the front line of a Taliban-led insurgency, lies on the edge of Pakistan's tribal belt near the Afghan border.

"It has been always dangerous here but recently the danger has multiplied due to the war on terror, drone attacks and military operations," says Bibi, speaking from her home in Peshawar. "Fear is driving everyone and everywhere. The fragile security situation and poor law and order have led to increased kidnappings, suicide attacks, targeted killings and an economic crisis. It seems as if the people are left alone because all the security machinery is engaged in securing the more well-to-do, the ministers and so on.

"There are many examples where authorities openly accept they are not in a position to provide security to NGOs and constantly advise them to stop or limit the area of their work. Thousands of people from the tribal areas and KP have become internally displaced and uprooted. All these factors have added to the difficulties of an already poor people and to those people and organisations who would like to help them."

Khwendo Kor (KK) - meaning Sister's Home in Pashto, the language spoken along Pakistan's northwest frontier - has been active in KP Province (formerly known as North West Frontier Province) for the past 18 years. With increasing access to education, better healthcare and job creation among its top priorities, it has spent much of this near-two decades "helping and facilitating communities - women and children in particular - to reclaim their own basic rights" in a region of Pakistan known for its strong cultural traditions and deep-seated religious adherence to its Islamic heritage.

"I come from Waziristan and I understand the situation of women in that part of my country," says Bibi, a widowed mother of four who was nominated for the Nobel Peace Prize as part of the "1,000 Women for Peace" movement in 2005. "I was fortunate to become educated - and the credit for that goes to my father, who, as someone who was exposed to educated people himself, was courageous enough to educate his daughters - but even as an educated person I understood how difficult it was to think for yourself as a tribal woman.

"I only wanted to work, and not have to be dependent on others just because my husband was ill. And when he died I wanted to do things for myself, but when I found I was not culturally permitted I was shocked. Then, when I came to know other women, I was even more shocked by their situation when I saw how they were living in extreme poverty, how they were not educated and how they were being exploited. It was then that I realised there was an opportunity to do something for women. So I established this organisation so we could take ownership of our own identity and bring about structural changes within the family and within the system."

AYESHA NASIR
Bibi was born in Mali Khel, a small village in the Jani Khel area of Frontier Region Bannu, in 1950. As the third consecutive daughter, she was not entirely welcomed by her illiterate mother - or her family at large - who had prayed her entire pregnancy for a son. But her mother's prayers were soon answered when, immediately after giving birth to Bibi, further labour contractions resulted in a twin brother, who, unlike his baby sister, was welcomed into the world to the sound of celebratory gunshots.

Born into a society in which tribal feuds and protecting one's honour through acts of vengeance were a common part of everyday life, Bibi was forced to marry her schizophrenic cousin, who beat her often and kept her strictly veiled. By her mid-20s, Bibi's life mirrored that of most other tribal women: married with several children and shut away from the outside world with little prospect of a rewarding future. But one day, after a visit from her younger sister, who had become a doctor, Bibi realised that, as an educated woman herself, she alone possessed the keys to her own liberation.

"I myself come from a tribal area where the literacy rate is very low and poverty is widely spread," says Bibi, who began her long journey out of servitude by buying a buffalo with the idea of selling its milk. "And it was education coupled with exposure to education which took me out from the vicious circle of poverty and ignorance.

"I see and experience every day how my very close relatives, cousins and also others - both men and women - who are illiterate and poor are suffering mainly because they cannot read and write so are excluded from the decently paid job market. They have serious health issues and are excluded from policy decision-making processes. Education also enriches, refines and sharpens analytical intellectual capacities and helps women in particular not only to better cope with adversities, but to come out from the difficult situations they are faced with due to their gender."

Since its foundation, KK has grown from strength to strength. In 1993, Bibi began with just four staff members, working from a single office in Peshawar. Today, KP Province is home to several functioning KK offices, and staff number in the hundreds. Among its many noteworthy achievements, Bibi's organisation has established community-based primary schools for girls; created adult literacy centres for women; trained young women in the villages as teachers; and introduced micro-credit schemes, which, by way of village shops, street vending, vegetable production and the manufacturing and selling of craft goods, have given many women unprecedented levels of financial independence.

Bibi has not rested on her laurels, however, and KK's ambitious projects continue to thrive.

"We're working on a very interesting and important project for women to have rights to consent in marriage and rights to inheritance," says Bibi, whose work regularly takes her across her native land and overseas. "Both these rights are largely denied in the most conservative and patriarchal societies of Pakistan and in our province of Khyber Pakhtunkhwa and the Federally Administered Tribal Areas in particular, though these and almost all human rights are clearly given to them in Islam and in the Pakistan constitution. In this project we have engaged mosques, imams, lawyers, health practitioners and community leaders to have educative dialogues, seminars and community-village-level women and men's group discussions.

"We have had extremely positive results. Some imams said they had never previously thought of ever giving sermons in mosques about women's rights in Islam as discussing such issues is not part of our culture."

Indeed, when one imam, who had agreed to give a Friday sermon in his mosque on this very topic, mysteriously delayed his address by several weeks, Bibi initially feared the worst, only to make a heartening discovery.

"After I enquired on the delay, he said that he himself had not given any inheritance prospects to his own sister and daughter, so he first ensured to do so and after that delivered a very effective Friday sermon," she says.

With her achievements came new friendships, and none more so than with the city of York in northern England. It was there in 2002 that the UK Friends of Khwendo Kor (Frok) was established to aid and support the work of KK, and at the world-class University of York, where Bibi herself completed a master's degree in philosophy in 2008 and where she was the proud recipient of an honorary doctorate in July this year.

"Maryam is indeed remarkable," says Marilyn Crawshaw, the chairwoman of Frok and an honorary fellow at the University of York. "At one level, she presents as quite an ordinary woman - very first impressions are of a quiet, conservatively dressed woman with a fairly quiet and calm demeanour. At another level, it soon becomes clear that she has a steely determination and a wholly unambiguous commitment to improving the situation in her part of the world and is utterly focussed on that. Her ability to understand 'the personal is political' is remarkable.

"In my view, Maryam is right up there among the most important people in our time - nationally and internationally - and I suspect that her legacy will remain for many, many years to come."

As a woman who has had to confront violent Islamist radicals who see both her and KK as advancing a western agenda - "our offices have been attacked, our staff have been kidnapped" - Bibi is keen to promote the true nature of her work in the rest of the Islamic world, not least the Middle East.

"That our work gets recognition in other Muslim countries is of critical importance to us, and not only because we are Muslims and share this 'sisterhood and brotherhood' all over the world where Muslim populations reside," says the sexagenarian. "Generally, people and governments in non-Arab Islamic countries look up to Arab countries for guidance and learning for higher Islamic values because Islam originated from there. They also seek monetary assistance from the Arab countries that are better off due to oil.

"All these factors put Arab countries in a powerful position. However, unfortunately their policies towards non-Arab countries have massively contributed to the miseries of people in Pakistan, in particular those of women and girls."

For Bibi, who Crawshaw describes as "very humble and appearing constantly - and genuinely - surprised by the accolades that come her way", her transformation from subjugated tribal woman to international human-rights activist will never truly sink in.

"Receiving an honorary doctorate from such a prestigious university as the University of York was not even in my remotest imagination," says Bibi, who adds that "as long as Allah gives me the opportunity to serve my community - especially women" - she has no plans to ever retire.

"This honour has been overwhelming and humbled me. Many times, I still cannot control my tears when I think of this honour and the grand ceremony of receiving it in front of more than a thousand highly educated people. The award has perplexed me - I truly feel I must do better but I don't know how to do better. But it has strengthened my belief in human values that are beyond race, origin, gender and culture."

2008 Completes master's in philosophy at University of York

The multi-award-winning non-governmental organisation Khwendo Kor (KK) was established in February 1993. From a staff of just four at its inception, it now has a workforce of more than 300 that includes a director of operations, and an HR manager. KK is funded by the likes of Unicef, Unesco, the UK Friends of Khwendo Kor and ActionAid. For details, visit www.khwendokor.org.pk