The Senate unanimously pass­ed two historical bills upholding the rights of women, The Acid Control and Acid Crime Prevention Bill 2010 and The Prevention of Anti-Women Practices (Criminal Law Amendment) Bill 2008, on Monday — indicating the changing status of the Pakistani women.

The bill on Acid control and Acid Crime recommends 14-year to lifetime imprisonment sentences and levies fines up to Rs1 million for the perpetrators of the crime.

The Senate unanimously passed the twice-snubbed landmark private bill demanding greater social protection for women, the Prevention of Anti-Women Practices Act 2011, which was authored by PML-Q MNA Dr Donya Aziz. It had remained stuck for three years, first in various National Assembly committees and then the house itself.

Reactions
Prime Minister Yousaf Raza Gilani hailed the passage of the bills and congratulated the members of parliament asserting: “This reflects the great effort and struggle by women lawmakers of Pakistan which will be praised by international community”.

The Bills
Mover of the acid prevention bill Senator Neelofar Bakhtiar expressed gratitude to the members of the Senate for supporting the bills regarding women-specific issues.

Senator Najma Hameed of PML-N also thanked the house and noted: “It's a historical moment for us. For the first time there has been no opposition for any bill in the upper house.”

The purpose of the bill is to control the import, production, transportation, hoarding, sale and use of acid to prevent misuse and provide legal support to acid and burn victims.

The bill was introduced last year by then MNA Marvi Memon, MNA Begum Shahnaz Sheikh and Advocate Anusha Rehman in a bid to prevent the growing incidents of violence against women. After much scrutiny, the committee of women development approved the bill in October 2011, further amending the Pakistan Penal Code 1860. The amendment in Section 336-B states: “Whoever causes hurt by corrosive substance shall be punished with imprisonment for life or imprisonment of either description which shall not be less than fourteen years with a minimum fine of Rs1 million.”

While appreciating the passage of the Prevention of Anti-Women Practices (Criminal Law Amendment) Bill, Dr Donya Aziz revealed that she and other supporters of the bill in the National Assembly and its standing committee had faced significant resistance. 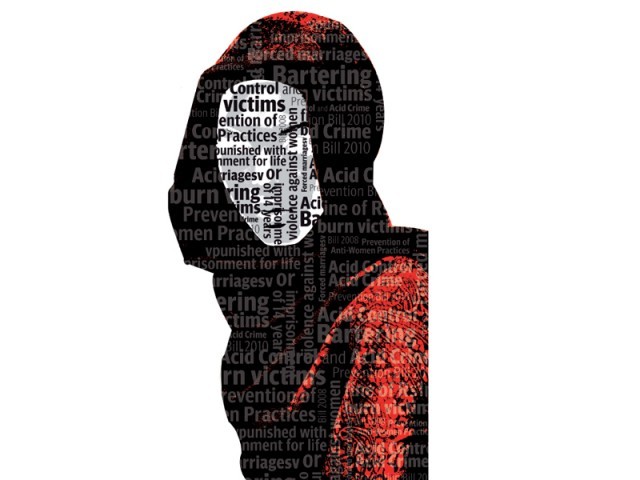 Fair treatment for the fairer sex