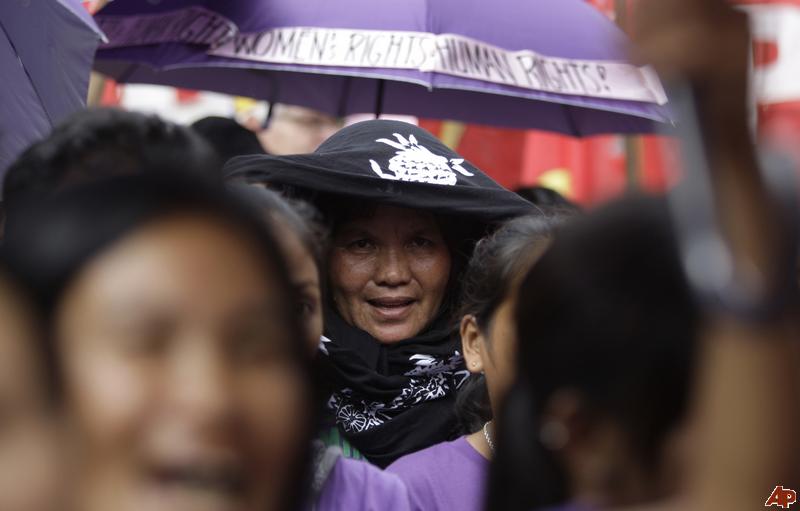 CAMP OLIVAS, Pampanga, Philippines — In a bid to stop violence against women in Central Luzon, police officers here literally blew their whistles to dramatize their support for the Anti-Violence Against Women (VAW) campaign of the United Nations (UN).

Tagged as “UNiTE: Stop Violence Against Women Now!" the blowing of whistles is an 18-day campaign to end violence against women.

The Philippine National Police said the activity was also held in other parts of the country.

The campaign here was spearheaded by the Gender and Development Coordinating Committee (GADCC), composed of public and private stakeholders in Central Luzon.

“Also, everyone should speak out against VAW by getting information on where and how to report cases of VAW, and assist someone who suffers from it by helping her, by assisting them to service providers like the police, social workers and health workers,” he added.

Republic Act No. 9262 or An Act Defining Violence Against Women and Their Children, Providing for Protective Measures for Victims, Prescribing Penalties values the dignity of women and children and guarantees full respect for human rights.

It also recognizes the need to protect the family and its members particularly women and children, from violence and threats to their personal safety and security.

In a related development, seven new Toyota Innova cars have been awarded to all Provincial Police Offices in the region to further improve the mobility of police in peace and order initiatives.

“The PNP under the leadership of PDG Nicanor Bartolome, Chief PNP, continuously sees the need for move, shoot and communicate facilities and is gradually addressing these issues in order to deliver top-of-the-line police services to the public," said Ladao.

Ladao explained that "the new patrol cars will enable each of the province in Central Luzon to serve the community much better. And these will bring the feeling of safety and comfort to PNP officers to deliver greater contribution to the public."

“These acquisition and distribution of new vehicles is also timely in the furtherance of police service and function like the maintenance of peace and order and combating criminality in their respective areas of responsibility and would likely boost the transport capability of the police," he said.