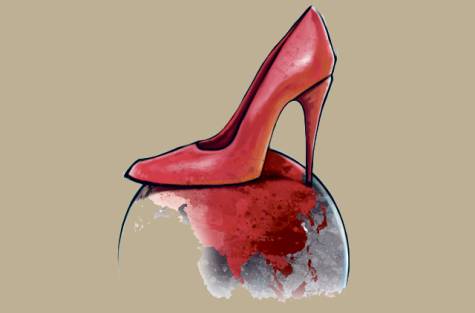 Each belonged to a special class of women whose husbands or fathers were their country's recognised founding father or long-standing political leader. But, while their dynastic links brought them to power, they were not the sole factor keeping them there.

When first elected, none of these women had any serious professional or political qualifications. For some, this ‘shortcoming' was seen as an advantage, enabling some of them to project an image of innocence and purity, even martyrdom, as they stood in the place of their deceased husbands or fathers. None was particularly focused on a women's agenda (at least not in their first terms in office), and studies show that rural women did not fare particularly well under their rule.

But something very different emerged in Asia in 2011. A growing number of women are reaching for the highest political echelons in their countries by dint of their political talents alone.

Sonia Gandhi, the Italian-born wife of former prime minister Rajiv Gandhi and Indira's daughter-in-law, became India's most powerful woman for dynastic reasons, but she has consistently demonstrated that she is a shrewd behind-the-scenes political operator. For her, the main task at hand is to strengthen the Congress party. But she has also expended considerable energy on promoting women, particularly their representation in politics. Indeed, she pushed hard for Pratibha Patil to become India's first woman president.

Similarly Shaikh Hasina, Bangladesh's prime minister, who carries the mantle of her assassinated father, has become a keen advocate of development issues, with a special emphasis on women and their needs. That agenda, missing in her first term, has dominated her current period in office.

In East Asia, too, women are on the rise politically. Park Geun-hye, daughter of Park Chung-hee, president of South Korea from 1961 to 1979, is now one of the two likely candidates to succeed President Lee Myung-bak. While Park derives some of her power from her family pedigree, she has proven to be an astute and seasoned politician — one who climbed the Grand National Party's leadership ladder over the last two decades to emerge as a national figure. Her role in championing an inclusive agenda for women provides a new lens through which to assess the power of Asia's new leaders.

Compare Park to Corazon, who, when elected president of the Philippines, famously remarked that she was simply a housewife, not a professional politician or an experienced leader. It was clear that voters elected her because she was the widow of the slain opposition hero Benigno Aquino. By contrast, no one would deny Park's professional credentials. She is taken seriously more for her own experience and political power than for her family connections.

Even in Japan, a similar change is in the air, but with no hint of dynastic trappings. Yuriko Koike, a former defence minister and national-security adviser, is one of the country's most powerful figures; indeed, she could become Japan's next prime minister. Unlike many other leaders of her Liberal Democratic Party, Koike has no real family connection to any major political figure. Instead, her standing reflects her unique political talents: an academic background in Arabic studies (she studied at Cairo University) and fluency in English, which give her a global perspective that most of her male colleagues lack.

Koike is not the only Asian woman without family ties forging a political career that may lead to the top. Indonesia's Sri Mulyani Indrawati, a former finance minister and currently a managing director at the World Bank, is often mentioned as a leading presidential candidate in her country. Indeed, a party has been formed specifically to entice her to run for president in 2014.

In Taiwan, Tsai Ing-wen, is making a sustained and powerful challenge to the incumbent president in the election due in January 2012. Having helped to draft Taiwan's special state-to-state act that regulates relations with China, and then having headed the country's Ministry for Mainland Affairs Council, she is well positioned to manage the thorniest issue any Taiwanese leader will face: the relationship with China.

Another newcomer to political leadership is Yingluck Shinawatra, Thailand's prime minister. Clearly, one reason she swept to power this year were her ties to her brother, exiled former prime minister Thaksin Shinawatra, who controls the country's strongest political party. But she made it clear during the campaign that she is her own person, a seasoned business leader with appropriate professional degrees.

Then, of course, there is the Myanmarese Nobel Peace Prize laureate Aung San Suu Kyi. The daughter of the founder of independent Burma, Suu Kyi is now engaged in perhaps the most delicate task of her remarkable political career — trying to engineer a true democratic transition from decades of military dictatorship.

Unlike the first generation of Asian women leaders, who gained power primarily because of their familial connections, the emerging crop are strong, confident, and ready to take on the challenge of leading their nations on their own terms. Their followers appear to see in them harbingers, unjaded by history, of the change for which their societies are clamouring.
At a time when, despite economic growth in Asia, there is much social and income inequality, as well uncertainty about the durability of peace in the region, the desire to find fresh solutions to problems has given a powerful boost to women leaders. They are poised to take their seats at the top table — and perhaps to change its shape.