Inside The High-Level Summit On Refugees And Migrants 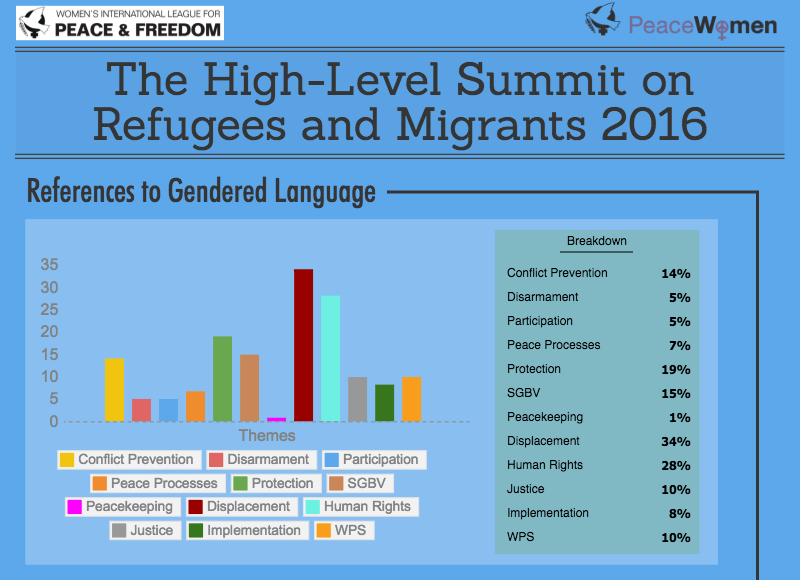 On 19 September, 2016 in the margins of the 71st UN General Assembly General Debate, the United Nations General Assembly hosted the High-Level Summit on Refugees and Migrants. The high-level summit marks the first time when world leaders at the heads of state level came together to address the international response to refugee crisis.

At the summit, member states focused on the importance of public services, value of humanitarian response and respect for human rights. However, less than 20% of the speakers were using gendered language. Speakers also largely missed the opportunity to prioritise the need to strengthen disarmament  efforts, conflict prevention and women’s participation as potential ways to approach the crisis.

Member states adopted the New York Declaration on Refugees and Migrants acknowledged a shared responsibility to manage large movements of refugees and migrants in a humane, sensitive, compassionate and people-centred manner and agreed to a set of commitments for action. The Declaration included important elements, including the commitment to protect the human rights of all refugees and migrants and to prevent and respond to sexual and gender-based violence. However, WILPF joins other members of civil society in calling for member states to go from words to action by developing national-level frameworks to implement the Declaration.

Find the Joint Statement on Women and Girls towards the Global Refugee and Migrant Summit here.

Detailed summaries of the events and discussions at the UN General Assembly can be accessed here. Stay tuned for WILPF/PeaceWomen’s analysis of the General Debate!