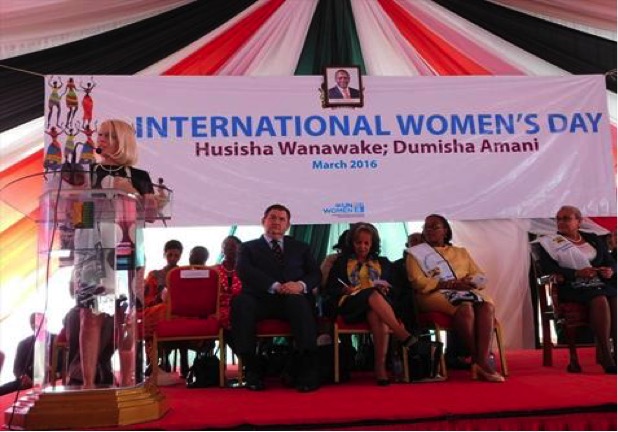 A series of new National Action Plans (NAPs) have been launched on UNSCR 1325 and the Women, Peace and Security agenda. Kenya launched its first NAP 8 March and Sweden launched its third NAP 11 May. South Sudan and Timor-Leste both also announced approved NAPs that have not yet been publicly released.

The development of National Action Plans is one tool for translating international commitments into local ation. In the context of Kenya, the NAP comes at an important time for this vibrant but troubled country. The proliferation of small arms remains a significant problem with gender discrimination curtailing women’s political participation, with one survey finding that 32% of girls had experienced sexual violence before adulthood. This is one part of broader issues of violence, including around election-related conflict, as well as terrorist-associated violence such as the Al Shabab 2013 Westgate shopping mall in Nairobi and the 2015 attack on Garissa University College.

The formal title of Kenya’s first National Action Plan (NAP) on the implementation of UN Security Council Resolution 1325 (UNSCR 1325) is: “To involve women is to sustain peace.” The NAP, launched March 8th on International Women’s Day this year, addresses all four pillars of UNSCR 1325 and specifically recognises that civil society “can and will play an important role in implementing” the resolution.

Stay tuned for analysis of Sweden’s NAP here and for future analyses of South Sudan and Timor-Leste’s NAPs.