Summary of UN Efforts in Syria

Although incidents of violence in Syria have been mounting since the uprising against President Bashar Assad's regime in March 2011, the atrocities occurring in the town of El-Houleh on 25 May 2012 and in the province of Hama on 6 June 2012 have prompted heightened international attention to the situation.

Throughout the past year, several UN bodies, including the Human Rights Council, the General Assembly, and the Security Council, have responded to the escalating crisis in Syria. In August 2011, the Human Rights Council created the Commission of Inquiry on Syria to monitor gross violations of Human Rights. This body, along with the general Assembly, has consistently put forth resolutions condemning rights abuses and calling upon the Syrian Arab Republic to put an end to its attacks on civilians. In the past few months, the Security Council has also become increasingly engaged with the situation in Syria. On 14 April, the Council authorized 30 unarmed observers to report on the implementation of the ceasefire through its adoption of Resolution 2042 and on 21 April 2012, the UN Supervision Mission in Syria was established under Resolution 2043. 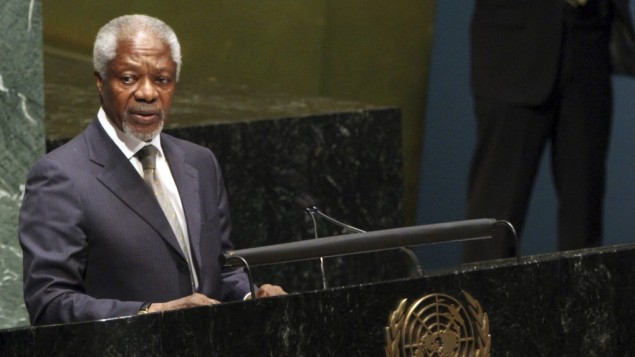 Furthermore, the Security Council has offered its support to the Six-Point Plan spearheaded by the UN-Arab League Special Envoy Kofi Annan, which was until recently considered the best opportunity to resolve the conflict. Yet, the latest displays of indiscriminate violence, which killed more than 100 individuals, have demonstrated that past efforts were insufficient and more decisive action is needed. The United Nations, and the Security Council in particular, must move beyond a mere condemnation of the level of violence in Syria. In order to end suffering in Syria, the Security Council must consider new options:

For any of these actions to occur, Russia and China must stop obstructing the Security Council. The two powers have twice vetoed Security Council resolutions that, condemning President Assad's crackdown on dissent, could have led to sanctions against the Syrian government. As the United Nations' involvement in Syria grows, it is essential that the Security Council be attentive to the gender dimensions of the crisis. We urge the Security Council to consider and respond to the women who are amongst the civilians being killed by the shelling and bombing of residential areas and who, as refugees, are uniquely vulnerable in armed conflict and humanitarian crisis. Under-Secretary General and Head of UN Women Michelle Bachelet, notably touched upon the situation in Syria in her briefing to the UN Security Council on Women, Peace, and Security on 24 April 2012. Focusing upon women's potential to fill active roles in the political transformation, she urged, "Women's participation is vital both in resolving the crisis and in making sure that women's interests are addressed in agreements moving forward. Women's participation is also needed to improve reporting on gender-specific impacts of violence."