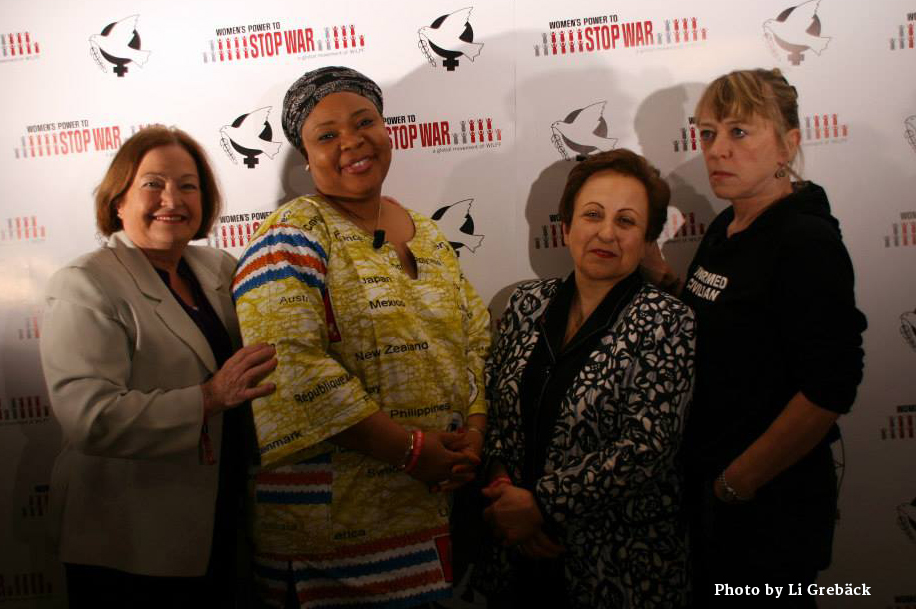 The Conference was organized into three plenaries, and opening and a closing, and more than 40 break-out sessions. Day one analyzed the power structure dynamics of patriarchy, capitalism, and racism.  The WILPF Manifesto affirmed: “Male dominance is tightly intersected with the class inequalities of capitalism and the racialist domination of some nations and ethnic groups by others. Together they perpetuate war.” Activists explored innovative ways to challenge and overcome patriarchy by transforming social and cultural norms in relation to both masculinities and femininities.

Day two focused on conflict and violence prevention. Participants affirmed that nonviolence —rather than violence—is heroic.  Activists recognized that violence and weapons are disempowering, and  rejected government’s assumptions that their citizens have given implicit consent for militarism, war, and violence. They demanded disarmament, demilitarization, and active nonviolent resolution of conflicts to transform personal to international order.

Finally, day three recognized the internal and external actions required to bolster a strong, diverse, and transformative movement. Activists reaffirmed their unity in opposition to patriarchy, capitalism, racism, and militarism. They also affirmed strength in diversity of experiences which enrich universal goals that  recognize the diversity of feminisms while focusing on the common peace and justice goals. Externally, the social movement sought more effective multilateral systems and changes in existing structures and cultures, recognizing the need for continued engagement with conditions. Reforming multilateralism will require agitation for inclusion of gendered analysis, more independent and comprehensive investigations into the use of force, and documentation of its consequences.

An Outcome Report will be published later this month and will address each day’s major themes: global gendered power; power, war, and weapons; and organizing and actions for change.