Period of the review: June-December 2017 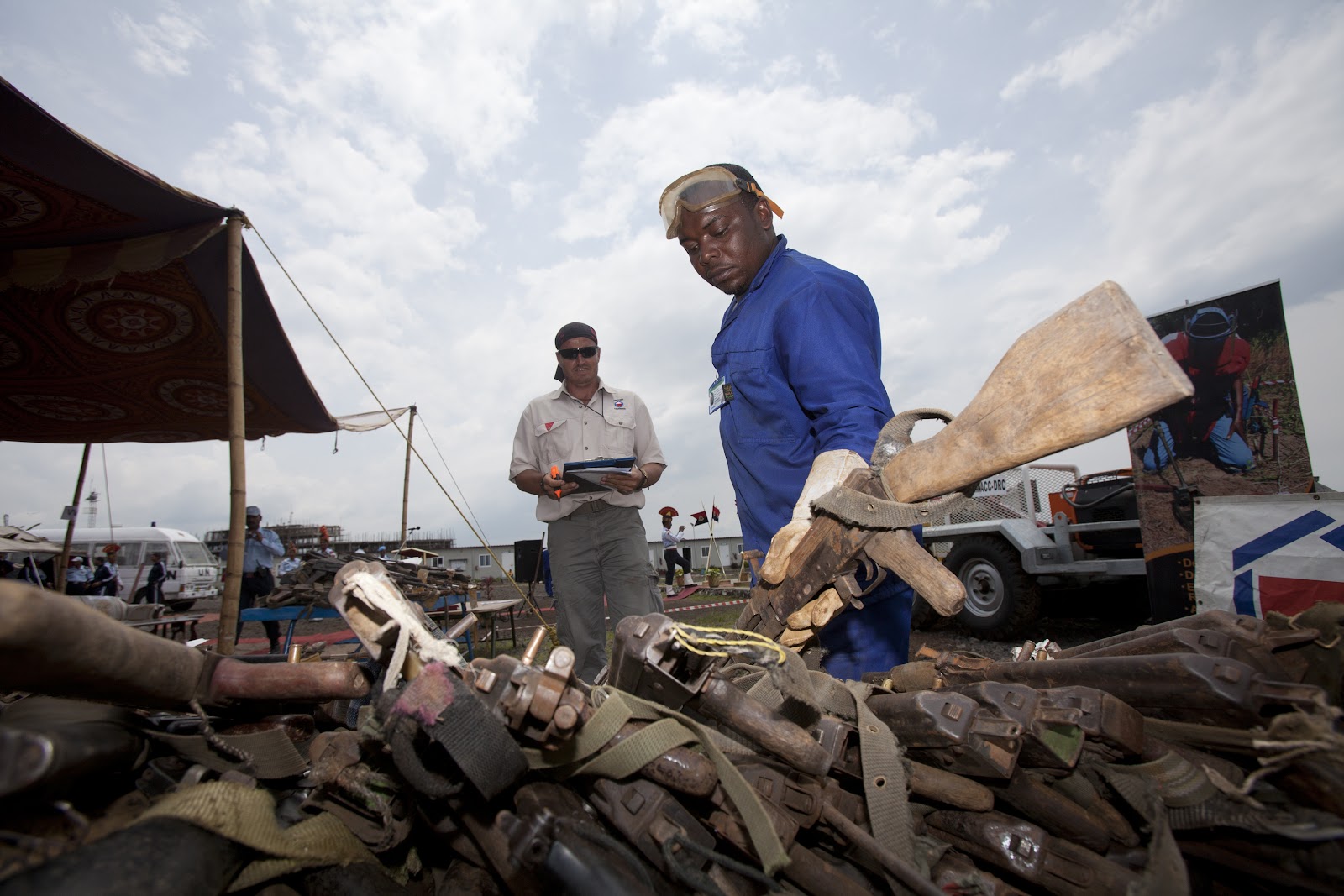 The Secretary-General provides a detailed report on the political, security and humanitarian situation in the DRC between June and December 2017. Since his last report, the elections in the DRC remain delayed due to deep divisions between political and civil actors. According to the Secretary-General, this has in turn aggravated security, with increasing number of extrajudicial and arbitrary killings committed by  rebels and state agents (para. 34), and humanitarian challenges in the country by increasing political tensions and violence between and within communities (para. 14). On the humanitarian side, the number of internally displaced persons continues to rise alongside increased shortages of food due to increased violence, with some 800,000 women continue to be internally displaced and in severe shortage of food (para. 26).

The Secretary-General makes a stronger attempt in this report to include a gender perspective in his report of the situation in the DRC, as compared to his last report. Out of 73 paragraphs, the Secretary-General mentions WPS-related issues 12 times, with a specific focus on the WPS pillars. This was an improvement from his last report, for which it was observed that there was no single paragraph on women or gender. According to the report, women’s participation in both electoral and peace processes was substantially hindered by the passing of the 24 December Electoral Bill (para. 3), causing also the decrease of female registered voters by 5% from previous election cycles in 2006 and 2011 (para. 7). Meanwhile, sexual and gender-based violence (SGBV) perpetrated by armed groups and State agents have also increased substantially between September and November 2017, and the report has revealed that victims continue to receive inadequate and limited assistance (para. 34).

In brief, it is observed that some of these gender-perspectives in the Secretary-General’s report remain shallow or vague. While the report emphasises and urges the importance of women’s participation in the political and humanitarian crisis, it lacks specifics on how this can be carried out. In this regard, it falls short of its mandate, as per Paragraph 52 of Resolution 2348 (2017), to inform the Council of the ways in which MONUSCO will be best prepared to address security risks as well as to monitor and report on human rights violations and sexual violence, along with the impact of conflict on women and children.

The report highlights the importance of the national disarmament for reducing community violence (para. 53). However, it is noted that the disarmament work is only limited to the FDLR ex-combatant reintegration camps in Kamina, Kitona and Kisangani (para. 51). Although MONUSCO has continued to provide logistical support to this Government-run programme, state agents and security forces responsible for persistent human rights violations and SGBV remain armed. As WILPF’s previous research suggests, disarming one group is not effective for achieving sustainable peace. To address the problem of continuing human rights violations and SGBV, DDR programmes should be applied to the entire society to include all armed actors and eliminate access to arms in general.

The report praised MONUSCO’s work in increasing access to helpless areas for receiving humanitarian assistance. However, there is no mention of further and specific humanitarian assistance for women and girls beyond this, including sexual and reproductive health, as well as basic access to female doctors, translators and other humanitarian actors.  There are no gender-sensitive care mentioned for the 860,000 internally-displaced women and 6.8 million women and girls who suffer from increasingly severe food shortages and lack of of access to necessary services.

The Secretary-General’s report does well in pointing out that the limitations to women’s participation in the electoral process. In particular, it highlights how persisting tensions among communities continued to slow down the pace of voter registration in the country (para. 24). While on one hand the 24 December Bill hinders increased women’s participation in public office, the prevalence of SGBV and rape in voting places, on the other hand, discourages women from registering to vote. Although he observes that an increase in security at voting places would help ease fears of voting, he makes no mention of any specific ways in which security forces can ensure the safety of women voters, including internally-displaced women. Additionally, the Secretary-General does not assess the capacity of civil society to support women both as voters and as political actors, providing very little opportunity for further advocacy on increasing civil society space in the DRC.

Following MONUSCO’s joint-advocacy efforts with the Government, 18 persons, including a provincial deputy, have been tried and convicted for crimes against humanity for the abduction and rape of 38 girls (para. 31). Although, the report mentioned that the Court awarded reparations to the victims, it is unclear whether the reparations were both gender-sensitive and adequate. Moreover, it did not account for the majority of sexual violence perpetrators who belong to rebel groups (para. 34) and are yet to face justice. Beyond justice, while DDR and community-based networks have been established to assist victims of SGBV (para. 61), limitations in holistic service provision for victims of sexual violence remain (para. 34).

As existing gender analysis suggests, disarming the society in the DRC is the key for effective prevention; peace as a process goes beyond the disarmament of insurgent groups. It is therefore important to ensure a broader DDR strategy in the DRC that is informed by gender analysis and developed in partnership with women’s organisation on the ground. The Secretary-General must call upon relevant actors for stronger action on disarmament in the DRC. In the interim, the Government should adopt a strict control of small arms within the state, and all actors that provide arms inside the DRC must ensure that the arms are not used to commit or facilitate a violation of international humanitarian law or human rights, including acts of SGBV, as mandated by the 2013 UN Arms Trade Treaty. MONUSCO must monitor all stages of the transfer of arms; establish a transparent, complete, and current arms register; and encourage spaces for effective participation of women in forums for safety, legal measures and disarmament plans

The Secretary-General should call upon MONUSCO to strengthen its collaboration with national and civil society organisations to streamline coordination mechanisms and ensure the delivery of humanitarian aid to the most vulnerable. A broader, gender-sensitive protection plan should be established to cover the full range of assistance required by women and girls, including food and health services. It is also imperative that MONUSCO continues to monitor SGBV and related human rights violations, particularly in areas that have experienced the most violence and instability. Increased security should also be installed at voter registration areas so women would be more encouraged to vote in the elections process.

Peace process in the DRC should be informed by women’s experiences and perspectives on the ground for it to be achievable and sustainable. Although the 24 December Bill has discouraged women’s participation in Parliament, gender-sensitive analysis and monitoring should still be a focus in both local and national decision-making bodies.  The Secretary-General should work with political supporters of gender equality from the Government and women-led civil society organisations to encourage advocacy on women’s political participation. Further, the Secretary-General must call upon donors and the Government to mitigate restrictions on, and provide women-led civil society organisations with financial support and technical assistance, including training in advocacy and negotiation for women participating in peace processes. To increase the participation of women voters, it is recommended that a more comprehensive and gender-sensitive security strategy be implemented at both the district- and national-level. MONUSCO should assist civil society organisations in creating a Women’s Situation Room to help mitigate conflict before, during and after elections. Further, MONUSCO should consider the need for women-only registration sites, as well as greater flexibility in voter identity regulations for the 860,000 women who remain internally displaced across DRC.

As regards justice for victims of SGBV crimes, the UN Joint Human Rights Office and the Senior Women’s Protection Adviser should continue to support FARDC and the Congolese government to implement the Joint Communique between the government and the United Nations on the Fight Against Sexual Violence in Conflict and related actions plan, with a particular emphasis on strengthening accountability. Political leadership and effective governance are needed to provide safe space for inclusive dialogue based on women’s meaningful participation. To facilitate this, women-led civil society should also come to the forefront in these processes to encourage dialogue, reconciliation and healing.