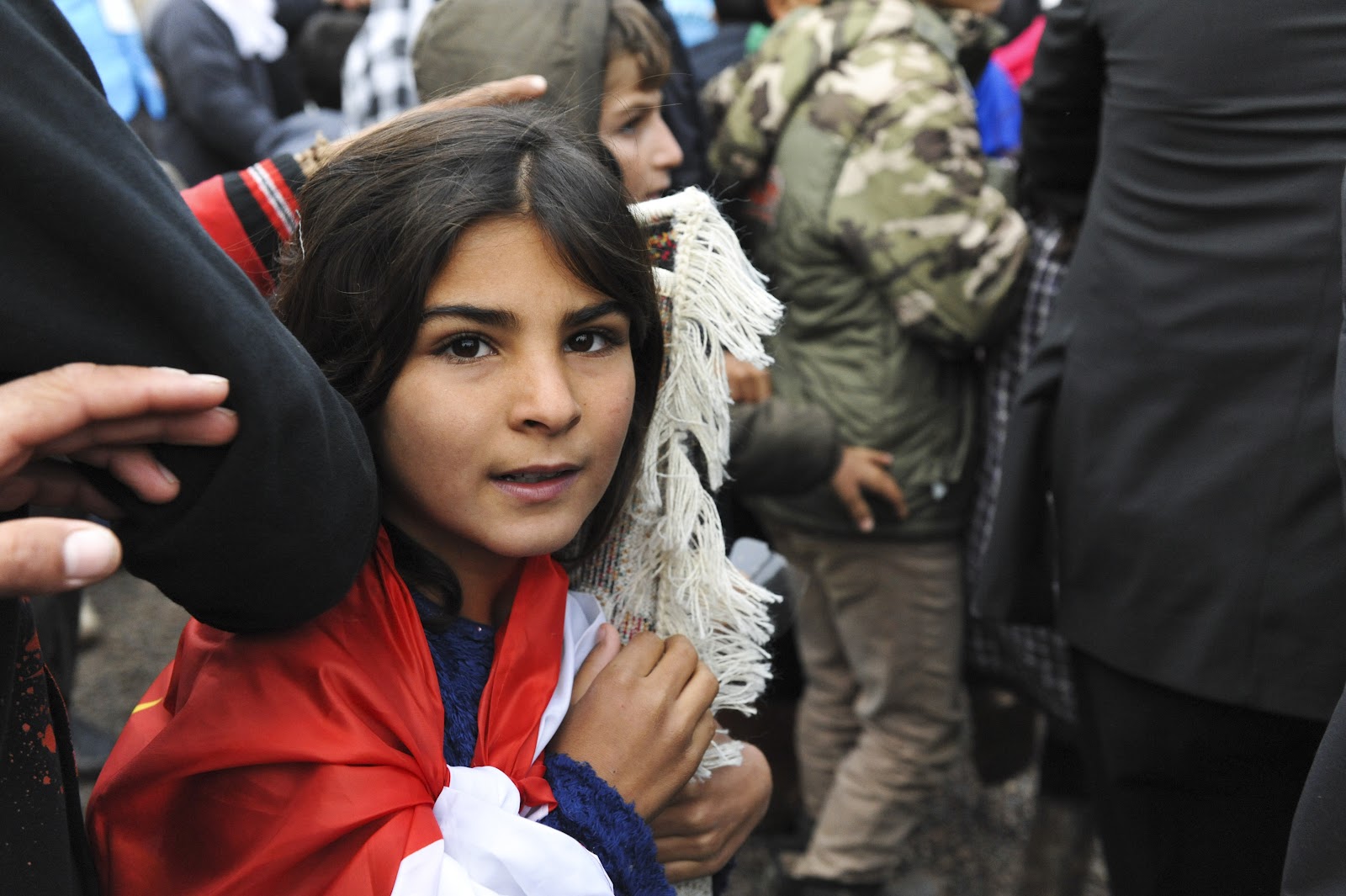 Pursuant to Security Council Resolutions 2139 (2014), 2165 (2014), 2191 (2014), 2258 (2015), 2332 (2016) and 2393 (2017), the Security Council orders: all parties to immediately put an end to all forms of violence and attacks against civilians; rapid, safe and unhindered humanitarian access for United Nations humanitarian agencies and their implementing partners (para. 6); to demilitarise medical facilities, schools and other civilian facilities (para. 10); to lift the sieges of populated areas (para. 5); to end impunity for violations of international humanitarian law and violations and abuses of human rights (para. 13). Pursuant to Resolution 2165 (2014), the Security Council also requests to establish a mechanism to monitor the humanitarian situation on the ground (OP. 3). In this vein, Resolution 2139 (2014) invites relevant actors to ensure full participation by all groups and segments of Syrian society, including women (OP. 30).

The report outlines the intensification of hostilities between government forces and non-State armed opposition groups, as well as the deteriorating humanitarian situation in Syria in the period between 1 to 31 December 2017. It specifically discusses the challenges faced by United Nations humanitarian agencies and partners in reaching vulnerable persons, including displaced persons, in the Damascus, Hama and Homs Governorates. It was estimated that about 2.49 million people are living in hard-to-reach, besieged locations (para. 23). Reasons for the inaccessibility of such areas include: active conflict, shifting conflict lines, administrative impediments and deliberate restrictions imposed on the movement of people and goods by the parties to the conflict (para. 22). For example, although the city of Raqqah had been liberated from ISIL occupation, landmines and booby traps left behind in the city have prevented humanitarian agencies from entering and providing aid to vulnerable persons (para. 11). The report also touched on the impact of intensified hostilities on the safety and security of humanitarian personnel and premises. To date, 27 staff members of United Nations agencies and programmes remain either detained or missing (para. 40).  Accountability and justice for crimes remain lacking, with the Secretary-General calling for full cooperation with the International, Impartial and Independent Mechanism to Assist in the Investigation and Prosecution of Persons Responsible for the Most Serious Crimes under International Law Committed in the Syrian Arab Republic (para. 45).

Of 46 paragraphs in the report, 1 (2%) included references to WPS-relevant issues, which is a repeat of the last report. Similar to the previous report, this single reference was made in relation to acute malnutrition suffered by pregnant and lactating women (para. 32). This lack of a gender consideration is repetitive and references to women’s meaningful participation still missing. To this end, the Secretary-General has yet to fulfill his mandate under Resolution 2254 (2015) to meaningfully report on women’s participation in the UN-facilitated political process for Syria.

The Secretary-General did not mention any measures that were being undertaken to prevent the proliferation of weapons in Syria and its neighbouring countries. Although it is part of his mandate to report on efforts to prevent arms-related violence, the Secretary-General had failed to shed light on the international community’s commitment to refrain from selling and supplying arms and ammunitions to parties in the Syrian conflict. Ironically, some Member and Observer States of the Council that support peace processes in Syria are involved in arms transfers to the warring parties. The resources spent on war technologies instead of peacebuilding, development and human rights perpetuate a militarised security approach to conflict that continues to prove unsuccessful and unsustainable.

The report discussed the ongoing humanitarian crisis in Syria, and lauded UNICEF for providing acute malnutrition women to pregnant and lactating women (para. 32). However, apart from the mention of pregnant women, there is no further gender-analysis of the data of displaced persons that would ensure a better understanding of the gender dimension of the conflict. The report did not provide any further information on other specific forms of aid needed by, or provided to, women and girls. This is pertinent because previous gender analysis has shown that young girls suffer from higher rates of malnutrition than other groups of people. Lastly, the report has failed to encourage partnerships with civil societies and women-led groups in addressing the humanitarian issues in the country.

Although Resolution 2139 (2014) requests all relevant actors to ensure full participation by all groups and segments of Syrian society (para. 30), there was no reference in this report to any women’s groups or civil society organisations, including the Syrian Women’s Advisory Board. In this regard, the Secretary-General has fallen short of his mandate to report on efforts relating to an inclusive and Syrian-led political process that meets the legitimate aspirations of the Syrian people, under Resolution 2191 (2014) (para. 4). Further, the Secretary-General did not discuss any allocation of funding to gender expertise in reconstruction efforts. Although, he had previously committed to incorporating gender in his reports, there remained a lack of gender analysis and discussion on the main barriers to women’s participation in Syria.

In his report, the Secretary-General advocated for the accountability of perpetrators of serious violations as a central mechanism in achieving sustainable peace (para. 45). However, no gender analysis was incorporated into this recommendation. In particular, the Secretary-General did not address conflict-related sexual and gender-based violence (SGBV) against women and girls, including the rape and abuse of women in government detention centers, as well as the sexual enslavement of women and girls by ISIL. Other forms of SGBV include forced and early marriage as well as ‘honor’ crimes. Concrete mechanisms to address the impunity of perpetrators of these crimes remained lacking in the Secretary-General’s report.

There is an urgent need to curb the ongoing flow and trade of arms, including explosive and small or light arms. The Secretary-General should encourage the Syrian Arab Republic and surrounding states  to ratify and implement the 2013 UN Arms Trade Treaty, and yo establish enforceable national and regional regulations on small arms, consistent with the Convention on the Elimination of all Forms of Discrimination Against Women (CEDAW) General Recommendation No. 30 and 35. The Secretary-General must also inquire the Syrian government and the Council to support and provide flexible and predictable funding to women’s organisations in their work to prevent violent extremism and rehabilitate former extremists in the country. Future implementations of disarmament, demobilisation, and reintegration programmes must prioritise and be set up in consultation with women and girls.

The Secretary-General should call upon relevant international actors, including Jordan and Turkey (para. 29), to strengthen their collaboration with women and civil society organisations to streamline coordination mechanisms and ensure the delivery of adequate, gender-sensitive humanitarian aid to vulnerable persons. Apart from basic food and health aid, assistance should also focus on improving access to cross-border protection through humanitarian visas, increased refugee resettlements, greater access to fair hearings psychosocial services and mom-discriminatory medical services. Aid should be provided in line with IHL and not subject to any donor restrictions to ensure comprehensive medical care, including safe abortion. The needs of adolescent girls, who are more likely to be subjected to militarised violence, malnutrition and a lack of education, should also be identified and addressed. The Secretary-General must also elaborate on the gender elements of humanitarian plans.

The current militaristic approach to peace processes in Syria should be urgently revised in view of attaining sustainable peace in the country. In this regard, the transparent, accountable and sustainable implementation of UNSCR 1325 (2000) and consecutive WPS resolutions is key. The Secretary-General should call upon the Office of the Special Envoy for Syria to strengthen and enhance the role of the Syrian Women’s Advisory Board in peace processes. Pursuant to his mandate to facilitate an inclusive and Syrian-led political process that meets the legitimate aspirations of the Syrian people, the Secretary-General should address measures to effectively incorporate Syrian women and civil society voices in peace dialogues and negotiations. Moreover, the UN Secretary-General should urge the Office to include Syrian gender experts in all expert meetings in the technical consultative process to ensure that a gender perspective is taken into account at decision-making levels, including in the upcoming Brussels aid conference on Supporting Syria and the Region co-chaired by the UN in April 2018.

The existing political deadlock on accountability in Syria greatly limits any meaningful measures for tackling immunity of perpetrators of grave human rights violations and crimes. In consideration of this, the Council should support the International, Impartial and Independent Mechanism (IIIM) on international crimes committed in Syria. SGBV must also be addressed, including those amounting to war crimes, crimes against humanity and genocide. The Secretary-General should call for long-term support to the documentation of violence against women and girls by resourcing and strengthening capacities of Syrian organisations and WHRDs working in the field, allowing them to follow up on cases and to support survivors to access justice. Lastly, it is pertinent that all perpetrators from all sides of the conflict be accorded the same standards for justice and accountability, as evidenced by the experiences of international tribunals like ICTY and ICTR.