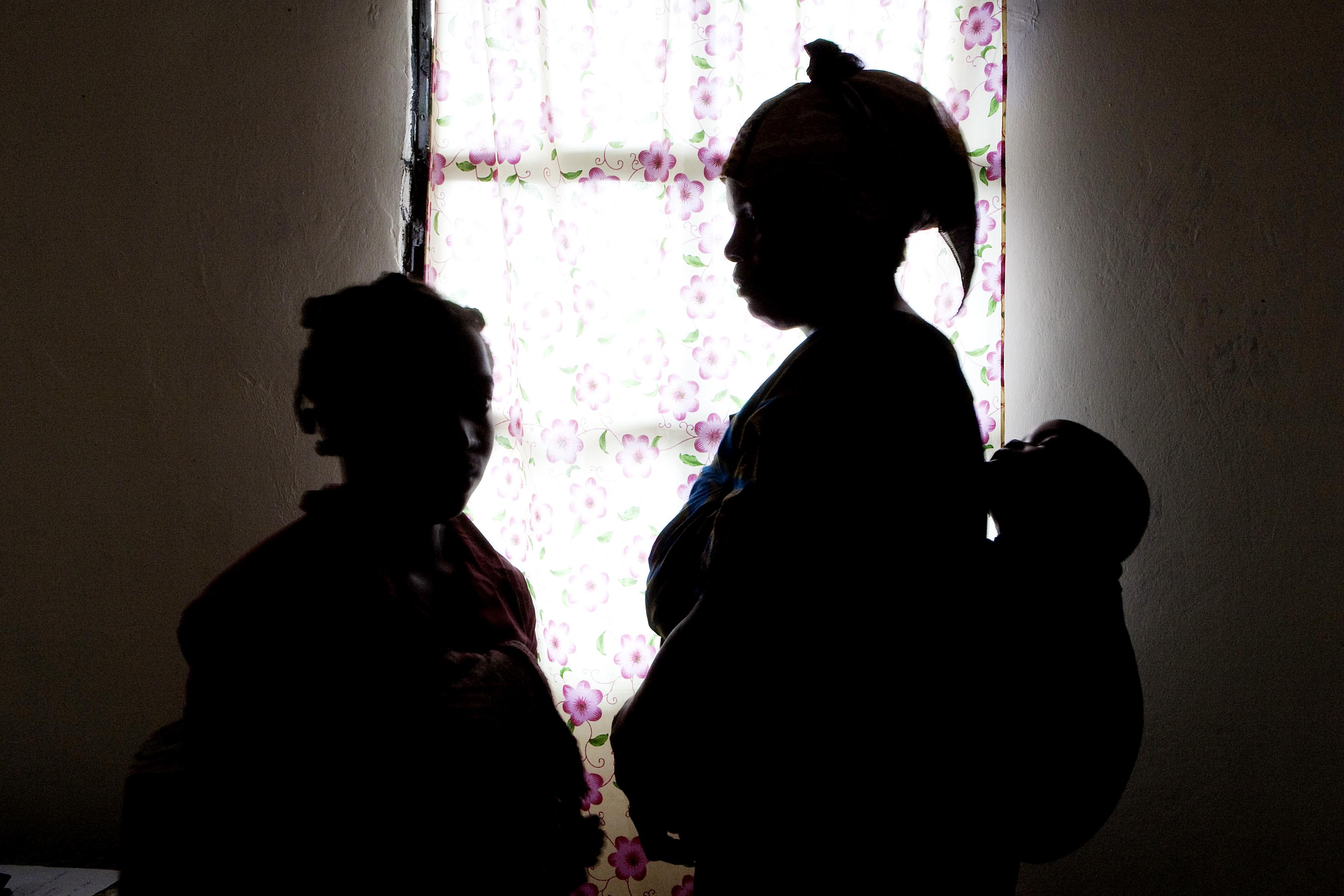 The report focused on major political developments in the DRC since 5 January 2018, as well as MONUSCO’s priorities, posture and presence in establishing a comprehensive approach to the protection of civilians. It acknowledged that some progress had been made towards the implementation of the electoral calendar, in spite of a fragile political context (para. 7). However, concerns towards the use of electronic voting machines still remain due to a high potential for electoral fraud (para. 7). The report also highlighted the government’s apparent retaliation against the Belgian government’s redirection of aid towards humanitarian groups (para. 5), and expressed concern that further policies to inhibit foreign aid and investments would only worsen instability in the country (para. 13). In spite of which, funding levels for humanitarian groups remain critically low, even when increased operations are needed to cater to 2.2 million newly internally-displaced persons (para. 25). The report also discussed continuing restrictions on political space in the DRC, and constant harassment, threats and intimidations by state agents towards journalists, civil society activists and political opponents (para. 28). Individuals suspected of attempts to overthrow the government have been apprehended (para. 6). Further, the government has recently released 35 political officials sentenced for acts of insurrections, war and political offences like corruption (para. 3). Lastly, sexual and gender-based violence (SGBV) in the country remain rife. During the reporting period, a total of 71 women and girls have been targets of SGBV by rebel Mai-Mai groups, FRPI and Kamina Nsapu, as well as FARDC soldiers and state agents (para. 30).

In comparison to the previous report, there has been a slight increase in references to women and gender. Out of 69 paragraphs, only 7 (10%) referenced women, and mostly only as statistical data on civilian deaths and voter numbers. The report also failed to address the role of women’s groups and civil society in the mitigation of elections-related conflict prevention as well as protection and accountability measures. No substantial mention was made to the shrinking space for civil society in the DRC, as well as the decrease in female political participation. In this regard, it has fallen short of its mandate, as per Paragraph 52 of Resolution 2348 (2017), to inform the Council, amongst other things, of the ways in which MONUSCO will be best prepared to address security risks as well as to monitor and report on human rights violations and sexual violence, along with the impact of conflict on women and children.

Unlike in the previous report, the Secretary-General stressed the importance of the national disarmament, demobilization and reintegration programme (PNDDR III) in reducing community violence (para. 45). The report also mentioned that the programme has prevented the recruitment of many young men into armed groups and promoted peace and peaceful cohabitation in their communities. However, it failed to discuss other civil society and local women’s groups initiatives and success in disarmament and conflict prevention through economic empowerment. In Sankuru, for example, local women had consulted national parks to employ young village men who would then not have to resort to the military or rebel militias for work. Alternatively,  many continue to send their children to Angola to avoid recruitment by militias. Further, as WILPF’s previous research suggests, disarming one group alone is not effective in achieving sustainable peace. To address the problem of continuing human rights violations and SGBV, disarmament programmes should be applied to the entire society to include all armed actors and eliminate general access to arms.

To date, Congolese women remain mostly recognised only as victims of the conflict. For example, out of 11 references to women in the Secretary-General’s report, women were mentioned as part of death and injury statistics 9 times (81%). In this regard, it failed to address the effective role women’s groups and civil societies can play to streamline coordination mechanisms for the delivery of humanitarian aid and protection services. Additionally, although the report outlined and expressed concern for the deteriorating humanitarian  situation (para. 25), no suggestions were provided on specific humanitarian measures that may be taken to mitigate the crisis. There is also no mention of how MONUSCO can assist in providing gender-sensitive care, including sexual and reproductive healthcare, to the millions of women and girls who continue to suffer from internal displacement and severe food shortages.

Like the previous report, women’s participation were only referenced in relation to voters and even then, did not address the decrease in number of women voters in comparison to the previous election cycle (para. 7).  In this regard, the Secretary-General has failed to address the other key aspect of women’s political participation. In North Kivu, for example, no women are in charge of, or play a significant political role in, all of the six territories and three cities in the region. Even though concerns have been raised by both civil society actors and the international community about the potential of the new law on the distribution of seats to further limit women’s participation in public office, the report has alarmingly omitted discussions around them. Women who want to run for elections independently continue to face major obstacles, under the proposed electoral law. Some women are even forced to enter political parties and to take on certain positions by forced nomination by the government and without their consent. Lastly, the report does nothing to address the prevalence of SGBV and rape in voting places or offer suggestions on how MONUSCO and other security forces can ensure the safety of women voters, including internally-displaced women. It also failed to incorporate civil society initiatives like the Women’s Situation Room, to provide a secured space for women to vote.

The report acknowledged that State agents make up most of perpetrators of violence, intimidations and threats against journalists, civil society activists and political opponents (para. 28). It also lauded the repatriation of all implicated UN and peacekeeping personnel guilty of sexual abuse and misconduct (para. 55). However, no further measures were offered for ending the impunity of other perpetrators and complicit actors from their actions. Specifically, the report failed to address impunity of State agents and rebel armed forces, who continue to be responsible for the majority of sexual and gender-based violence (SGBV) (para. 30). It also unclear whether community-based mechanisms and programmes initiated by MONUSCO (para. 55) incorporates gender expertise as well as civil society expertise. Future reports should discuss MONUSCO’s engagement with civil societies in facilitating community-based complaint and accountability mechanisms to address SGBV, including mobile judicial tribunals run by Female Solidarity for Integrated Peace and Development (SOFEPADI).

Future reports should stress the importance of support for women and civil society participation in the implementation and monitoring of the 2016 Political Agreement. Inquiries should be made on the efforts of the DRC government and relevant actors in addressing existing barriers to women’s representation and participation in political and security processes, including but not limited to inadequacy of relevant gender equality policy frameworks, inconsistent implementation of gendered analysis in peace work, as well as ongoing threats of violence and inadequate financing of relevant efforts. Action should also be strengthened to ensure women politicians, candidates, activists and human rights defenders are protected in the context of implementation of the political agreement, the National Action Plan on Resolution 1325 (2000) and any national strategies aimed at combating SGBV. For example, MONUSCO should assist civil society organisations in creating a Women’s Situation Room to help mitigate conflict before, during and after elections.

The Secretary-General should call upon MONUSCO to strengthen its collaboration with national and civil society organisations to streamline coordination mechanisms and ensure the delivery of humanitarian aid to the most vulnerable. A broader, gender-sensitive protection plan should be established to cover the full range of assistance required by women and girls, including food and health services. It is also imperative that MONUSCO continues to monitor SGBV and related human rights violations, particularly in areas that have experienced the most violence and instability. Increased security should also be installed at voter registration areas so women would be more encouraged to vote in the elections process. Lastly, the Secretary-General should encourage strengthening action to ensure women politicians, candidates, activists and human rights defenders are protected in the context of implementation of the political agreement, the National Action Plan on Resolution 1325 (2000) and any national strategies aimed at combating sexual and gender-based violence (SGBV).

The Secretary-General should reiterate the DRC's obligations under the 2016 Political Agreement to hold “free, fair, credible, inclusive, transparent, peaceful” elections. For starters, women’s representation in public office should be a key point of discussion in future reports, beginning with the new electoral law on the distribution of seats. The Secretary-General should work with political supporters of gender equality from the government, women’s groups and civil society organisations to encourage women’s political participation. Accompanying this, the Secretary-General must call upon donors and the Government to mitigate restrictions on, and provide women-led civil society organisations with financial support and technical assistance, including training in advocacy and negotiation for women participating in peace processes. To increase the participation of women voters, it is recommended that a more comprehensive and gender-sensitive security strategy be implemented at both the district- and national-level. Further, MONUSCO should consider the need for women-only registration sites, as well as greater flexibility in voter identity regulations for internally-displaced women.

The Secretary-General should call for the  strengthening of accountability and transparency mechanisms. For starters, future reports should reiterate the DRC's obligations to respect freedom of expression, freedom of assembly and the rights of activists including women human rights defenders. In so doing, inquiries should be made into efforts by the DRC government to strengthen national legal frameworks for action, including the passing of the Freedom of Assembly Law. The Secretary-General should also call for the DRC government to drop charges against women human rights defenders and peace activists, release protesters, and ensure accountability for relevant acts of violence, including incidents where security personnel may have used excessive force against demonstrators and UN personnel. This is would also ensure that relevant UN personnel are able to carry out their essential monitoring and humanitarian work. Lastly, MONUSCO should be requested to place greater priority on the provision and appropriate resourcing of gender-responsive services for and access to justice by survivors of violence, including SGBV.