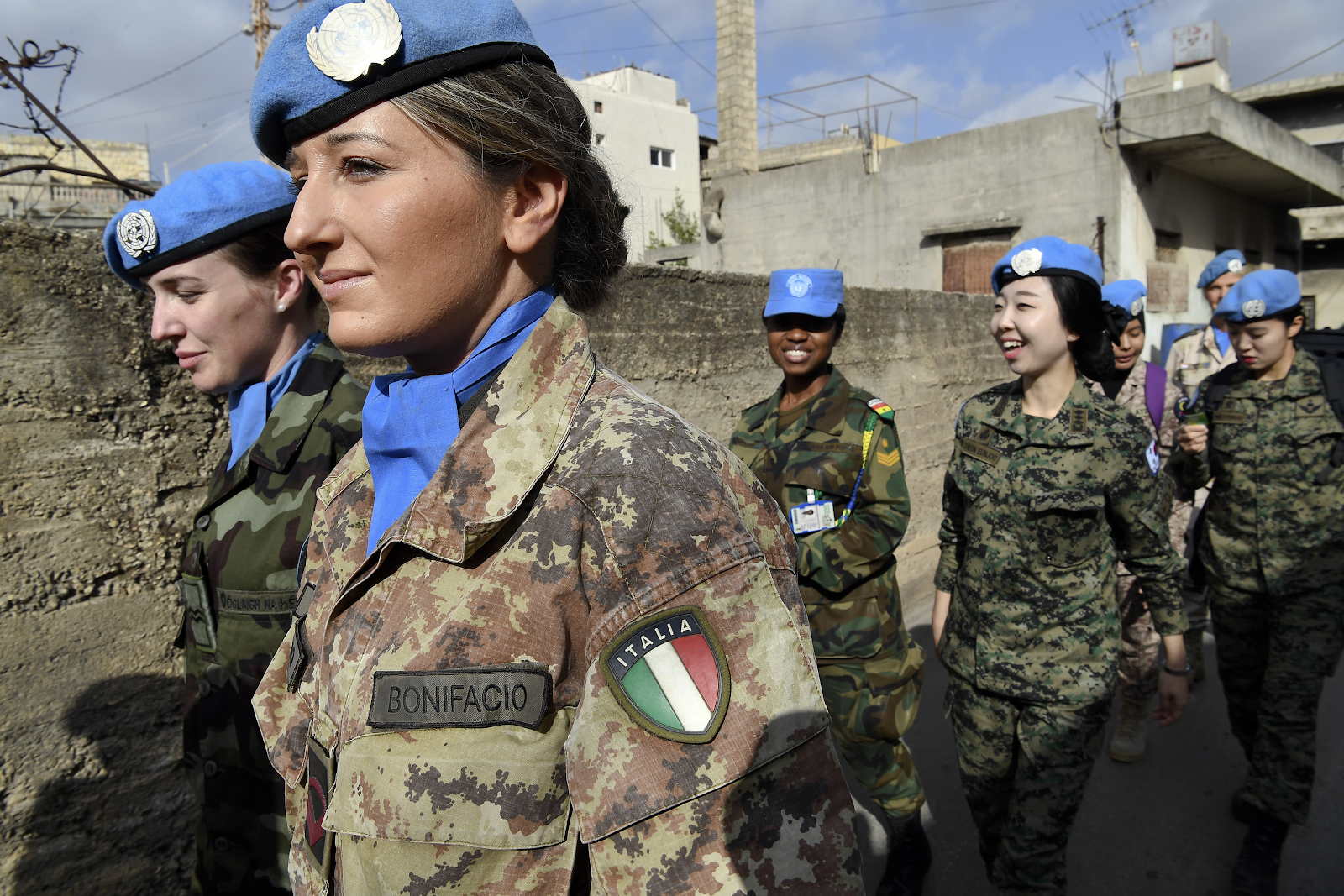 The present report provides a comprehensive assessment of the implementation of Security Council resolution 1701 (2006). Through Resolution 1701 (2006), the Security Council calls for the immediate cessation of hostilities between Israeli and Lebanese forces, including Hizbullah (OP 1); the extension of control over all Lebanese territories to the Government of Lebanon (OP 2); increased financial and humanitarian support from the international community, with particular concern for the plight of more than one million refugees currently hosted by the state of Lebanon (OP 6); and further support to the United Nations Assistance Mission in Lebanon (UNIFIL) to monitor the situation on the ground, as well as assist Lebanese forces enforcing the Blue Line and ensure humanitarian access (OPs 11-14).

While the tensions between Israel and and Lebanon overall remained calm during the reporting period of 1 March 2018 to 20 June 2018, the Secretary-General notes in his report that there was no progress in establishing a permanent ceasefire or completing outstanding obligations of Resolution 1701 (2006) (para 1). Hostilities still occurred between the Israeli and Lebanese forces, with conflict centering on the Israeli violations of both Lebanese airspace (para 11) and disputes of violations to the maritime boundaries (para 14). The Secretary-General pays particular attention to the plight of refugees in Lebanon in his report, both Syrian and Palestinian, noting that the Government of Lebanon ordered UNHCR to “change approach” in discouraging Syrian refugees to return to Syrian Arab Republic (para 75). During the period, 986,012 Syrian refugees were registered with UNHCR (para 70), reflecting a decrease in refugees since 31 January 2018 (S/2018/210). Moreover, the United Nations Interim Force in Lebanon (UNIFIL) continued to work with parties in order to de-escalate tension in the region by monitoring construction by the Israel Defense Forces south of the Blue Line (para 4); recording Blue Line and airspace violations (para 9 and 11); and assisting the Lebanese Armed Forces (para 15). The report does not note any progress in the return of the control of Lebanese territories to the Government of Lebanon (para 37).

Only five (~5%) of the report’s 102 paragraphs include references to the Women, Peace and Security Agenda. Furthermore, these references are problematic for a comprehensive implementation of the WPS Agenda, since they are focusing solely on the number of women present in peacekeeping with UNIFIL and participating in the government. The report fails to integrate a holistic approach for women in the development of peace processes, protection and disarmament, as well as peacebuilding.

The gender lens was adopted primarily in focusing on the advancement of the participation of women in the Lebanese politics. While the increase of women as both candidates and decision-makers is a step in the right direction for increasing women’s participation in Lebanese politics, the continued absence of a quota for women in the Government of Lebanon fails to promote the full and effective participation of women in political life, and therefore impedes women's potential as agents of change. This is especially problematic in the Middle East and North Africa region, as, “oppression, violence, discrimination and exclusion based on gender,” as well as weapons proliferation, impact the participation of women disproportionately in Libya and Yemen. Furthermore, when women do not participate in the political process, violent masculinities can be reinforced.

Both UNIFIL and the Office of the United Nations Special Coordinator for Lebanon (UNSCOL) continue to provide local communities reporting mechanism for misconduct and sexual harassment. Furthermore, training on gender-mainstreaming is provided by UNIFIL in line with the WPS Agenda. With no progress on the disarmament of armed groups, there was no reference in the report to supporting disarmament as a method of prevention for violence against women or mental health issues. Women in conflict settings face violence due to the proliferation of arms and gun violence, and as such government efforts to stop the proliferation of weapons and to counter violent extremism should not deviate focus and resources from efforts to promote women’s protection and gender equality.

Protection mechanisms are referenced only briefly in the report, with a primary focus on the protection of civilians and vulnerable communities. While the Secretary-General highlights the presence of refugee communities living in Lebanon and remarks on the challenges of Government of Lebanon’s policies that encourage refugees to return to Syria, there is no mention of the separate challenges of women or youth in refugee communities in Lebanon. A disaggregation of data is instrumental in identifying the variety of needs, particularly within diverse communities. Refugee women are often left behind in the discussion; for example, Syrian and Palestinian experience vulnerabilities in accessing sexual and reproductive health facilities, education and sexual and gender-based violence. Furthermore, Syrian and Palestinian refugee women suffer significant human rights violations in Lebanon, including sexual and gender-based violence (SGBV) and trafficking. Refugees in camps face early marriage, sexual violence, no access to education and lack of access to reproductive or psychosocial healthcare; however, none of these challenges were mentioned in the report.

The report presents no progress regarding the monitoring of social or economic developments in the lives of women since the Secretary-General report S/2018/210. This is especially concerning as it indicates a failure from UNIFIL to monitor the progress or efficacy of gender advisement and training initiatives disseminated by UNIFIL staff among local populations. Moreover, the newly established national human rights institution and its mechanisms to prevent torture, pursuant of Lebanon's commitments under the Convention against Torture and Other Cruel, Inhuman or Degrading Treatment or Punishment will be an important element to the stability and justice agenda for Lebanon. Its work will require systematic and regular assessment from the Secretary-General.

Electoral gender quotas are a key measure-recognised by CEDAW (Article 4)- to ensure both the numeric and substantive representation of women in politics. While quotas have been criticised to be illegitimate tools to “fast track” women’s equal representation in politics, or have been criticised for not being based on merit, it is essential that quotas be recognised as windows of opportunity for women’s meaningful participation. Not only do women simply have the right to equal representation, but these measures are meant to be temporary, and compensate for already existing inequalities. Moreover, these measures lead to a “role model effect”: they allow women to make themselves relevant to the political process and inspire other women to do so as well. The inclusion of grassroots women’s organisations from civil society in political life can also provide inroads for the increased participation of women in national decision-making.

UNIFIL must continue supporting local and national capacity-building of security forces in Lebanon. It must ensure UNIFIL’s training courses and strategic framework in general includes a gender analysis, with a special focus on monitoring and evaluation processes which identify the differential impacts of conflict, extremism, and arms proliferation on the lives of women. Providing broader training programs for women participation in disarmament and stabilisation efforts is especially essential to shift power and support real and sustained change within the community. Moreover, the mission should identify and allocate sufficient resources from the regular budget for implementing these activities and support.

The victimisation of women in conflict situations is strongly exacerbated by arms proliferation. Future reports must note the disproportionate impact which mines and arms have on women in Lebanon. The Mission should facilitate gender analysis regarding the impact of weapons, including the use of explosive weapons in populated areas, small arms and light weapons and nuclear weapons on women. In this context, the Council should exert pressure on Member States to uphold their obligations under Resolution 1701 (2006) to prevent the sale or supply of arms to entities or individuals in Lebanon beyond the control of the State. Moreover, women should be included in the development of protection programmes for refugees, and for survivors of SGBV. Further, the mission should ensure that any humanitarian assistance is in line with existing obligations under international humanitarian law.

Future reporting must include specific examples of mission efforts to facilitate women’s full participation in peacebuilding and post-conflict reconstruction processes, including in monitoring and evaluating implementation. Where specific gender-sensitive provisions in peacebuilding are not mandated, the Secretary-General should press the Security Council to include WPS indicators throughout future mission tasks relevant to reconciliation and reconstruction. Access to justice and recognition, for example, if not compensation for past violations, are important elements of post-conflict reconciliation, and need to be taken into account.