On 12 July 2011 the United Nations (UN) Security Council (SC) held an open debate on Children and Armed Conflict (CAAC). Prior to the open debate, the Council unanimously adopted Security Council Resolution (SCR) 1998 (2011) declaring schools and hospitals off limits for armed groups and military activities. In addition, all parties that have attacked schools and hospitals are to be held accountable and placed on the Secretary-General's annual list of those who commit grave violations against children as a new trigger in CAAC listing/ “naming and shaming” mechanism.

Under the Council Presidency of Germany the debate included 50 representatives addressing the plight of children in armed conflict and encouraging progress to be made. Noteworthy, statements were made by Special Representative of the Secretary-General for Children and Armed Conflict, Radhika Coomaraswamy and the Executive Director of UNICEF, Anthony Lake. Strong statements were made by Colombia, Russia and India who insisted on consulting and obtaining the permission of national governments prior to taking action on alleged armed conflicts, as Colombia's Foreign Minister stated the “UN's attempt to talk to groups directly without consent of governments is inadmissible and unacceptable”. Russia stated that mentioning India, Pakistan, Thailand, the Philippines and Haiti in the Secretary-General's Annual Report is not justified because there is no armed conflict in the aforementioned countries. The Secretary-General Ban Ki Moon and other high-level representatives addressed the Council including, the Minister for Foreign Affairs of Bosnia and Herzegovina, Colombia's Minister for Foreign Affairs, the Minister for Justice and Constitutional Development of South Africa and, the Deputy Minister for Foreign Affairs of Portugal.

Gender references were not prevalent in many of the statements; however, there were some notable gender dimensions to the Debate. During the Debate 18 delegates made references to targeting of girls and/or sexual violence in armed conflict.

References were made to the latest Women, Peace and Security Resolution 1960 (2010) and its links to the CAAC Resolutions. References also included concerns of sexual violence and rape against children in armed conflict; special attention was given to girls' schools and targeted attacks on girls.

Out of the 52 statements to the Council, 18 made references to targeting of girls and/or sexual violence in armed conflict. Austria, Luxembourg, Japan and the Secretary-General specifically mentioned the targeting of girls' schools.

Several delegates mentioned the recruitment of child soldiers, the killing, raping and maiming of children and women in armed conflict and, the grave concern this poses to international peace and security. Specific examples include Afghanistan's statement that women and children are the primary victims of Improvised Explosive Device (IED) explosions and Special Representative to the Secretary-General Radhika Coomarasawamy's note of female acid attacks. Both women and children are vulnerable, targeted groups in conflict and post-conflict situations.

There is a strong linkage between the new monitoring arrangement for sexual violence in conflict (SCR 1960) and sexual violence against children in conflict. The Bosnian Minister of Foreign Affairs referenced Women, Peace and Security Resolution 1960 (2010) and Children and Armed Conflict Resolution 1882 (2009) stating that he is confident that those resolutions “contributed to establishing practical means to bridge the difficulty of collecting, systematizing and verifying information on sexual violence in conflict situations, while retaining the separate focus of each mandate”. In that regard, Bosnia fully supports the cooperation between the Special Representatives for Children and Armed Conflict and SRSG for Sexual Violence holding parties responsible for rape and sexual violence. 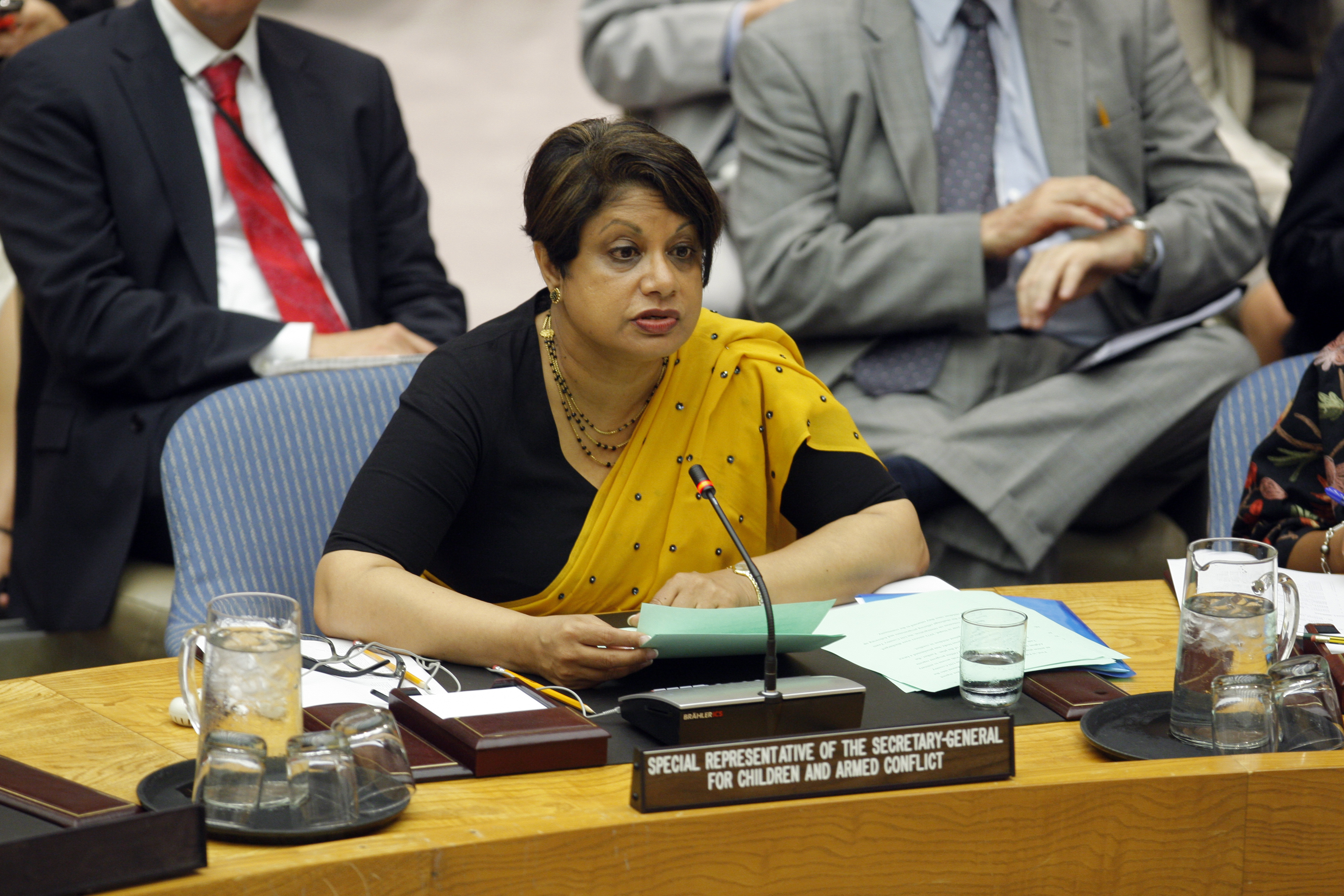 Parallel themes to those discussed in Women, Peace and Security meetings emerged in the open debate. All delegates agreed that the protection of children in conflict is imperative to international peace and security. Numerous delegates stressed impunity as deplorable and unacceptable. Many encouraged comprehensive National Action Plans that would address CAAC, suggested programs for the reintegration of these children into society and, believed it is critical to implement practical mechanisms for children to reach their potential to have a future. As emphasized by Lebanon and Executive Director of UNICEF Anthony Lake, “education is the most effective way of disposing war,” which further asserts the importance of protecting schools and hospitals in conflict situations.

The most vulnerable groups in armed conflict, women and children, often exhibit unbelievable strength and courage. As Anthony Lake stated, children in conflict have shown to be “remarkably and poignantly resilient, and brave beyond imagining…they deserve our admiration, perhaps even our awe”. Children and women in armed conflict are united as targeted and vulnerable groups and suffer equally. To be complacent on this issue is to breed future generations of war and violence. The international community looks to the United Nations as a moral compass and has the obligation to hold perpetrators of armed conflict accountable for their actions in order provide a channel for agency to children who are subjected to the incessant horror of armed conflict. With the adoption of SCR 1998 and comments made at the debate, there is promise for improvement in the mechanisms of accountability and fuel for action on the part of UN member states for children in armed conflict.