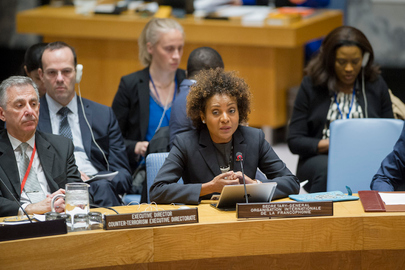 The Security Council Open Debate entitled, “Maintaining International Peace and Security, Peace Operations Facing Asymmetrical Threats” was convened by the Council’s current president, Senegal, on 7 November 2016. The meeting was framed as an opportunity to address one of the most significant challenges facing peace operations as of late- the threat and loss of life incurred by terrorist activity in host states. In 2016 alone, 30 peacekeepers have been killed as a result of this threat, a majority of whom were deployed in the UN Multidimensional Integrated Stabilisation Mission in Mali (MINUSMA). The meeting was designed as a forum to investigate potential collaborations between peace operations and counter-terrorism initiatives. Among the statements delivered at the debate there was a general consensus that it was necessary to shore up the capacity of peacekeeping missions without compromising their independent and humanitarian mandates. The discussion fell in line with the findings of the High-level Panel Independent Panel on Peace Operations, which summarise the unsuitable and inadequate capacity of peacekeeping missions to conduct militarised operations. The focus, it was agreed, should instead be on supporting host-state’s efforts to combat extremism and maintain the rule of law. Gender was almost entirely absent from the discussion despite the profound impact of extremism on the lives of women and girls.

A total of 59 statements were delivered at the debate, many of which echoed the same sentiment: that UN peace operations are neither designed nor equipped to execute counter-extremism operations, however they must adapt to changing security environments which include threats of violent extremism against peacekeepers and the populations they are charged to protect. Opposing opinions are exemplified in the statements of China and Indonesia, whose representatives presented a concise argument outlining that peacekeepers must preserve their neutrality for the sake of the populations they protect, and Angola, whose representative argued that it was vital to integrate counter-terrorism strategies into peacekeeping mandates. States such as Uruguay offered a third option, calling for the UN to offer a “complimentary tool specifically designed to combat terrorism with a separate mandate from that of peace operations” in states that lack the national capacity to address extremist threats on their own.

Other major themes throughout the debate included calls to facilitate deeper understandings of the root causes of extremism and destabilisation, increase intelligence sharing, promote economic and social development, and prevent conflicts. Among others, speakers from La Francophonie, the United Nations Office on Drugs and Crime (UNODC), and the Democratic Republic of the Congo (DRC), discussed the connection between illicit transfers of drugs and arms, and extremist groups, then advocating for countering criminal networks to prevent further destabilisation. The representatives of states including Angola, Brazil, the DRC, France, Italy, Kazakhstan and Ukraine addressed issues of disarmament, demining, and support for Disarmament, Demobilisation, and Rehabilitation programmes. Conversely, Germany, the Netherlands, Mali, South Korea and the USA  expressed concern regarding logistical failings including the lack of military equipment and materiels such as helicopters and drones.

Of the 59 statements delivered at the debate, five (8.47 percent) speakers addressed issues relevant to women peace and security. While referencing women, the representatives of the African Union and La Francophonie did not award any substantive attention to the impact of asymmetrical threats on women’s lives, and instead only referenced the “men and women who give up their lives” and the importance of “education and job training for women and youth”, respectively. Speakers from Spain and Malaysia advocated similar points concerning women in their speeches. While Spain expressed the desire to engage women in countering violent extremism, Malaysia focused on increasing their participation in peacekeeping efforts. Both points fail to acknowledge the negative impact of increased militarisation on the lives of women and girls. On the other hand, the representative of Norway (speaking on behalf of the Nordic states) provided perhaps the best example of a gender perspective in the delivered statements. Given the destabilising impact of conflict, which too often facilitates socio-political environments conducive to extremism, the representative of Norway advocated for using conflict prevention as a tool to combat violent extremism. Within this scope, the empowerment of women was promoted as a key method for promoting stabilisation and peace.

Observers for the European Union, the International Peace Institute, the UN office on Drugs and Crime (UNODC), the Organisation Internationale de la Francophonie, the Counter-Terrorism Executive Directorate (CTED), the African Union, The Deputy Secretary General of the United Nations, and the Economic Community of West African States (ECOWAS).