Security Council Open Debate on the Maintenance of International Peace and Security, September 2010

On September 23, 2010 the Security Council held a summit meeting on the “Maintenance of International Peace and Security.” Out of the nine Heads of State and Government and six ministers who spoke, only six made reference to women, peace and security: France, Austria, Bosnia and Herzegovina, the United Kingdom, the United States, and the Secretary General Ban Ki-Moon.

For those that did mention issues pertaining to women, peace and security, the references were mainly rooted in strengthening and reinforcing the implementation of UN resolutions. The speakers reiterated the importance of employing any Security Council and UN resolution that applies to women as part of the larger goal of ascertaining international stability. To do this they called for greater participation of women in peacekeeping operations as well as their presence in long term peace-building processes. Some, but not all, also recalled the importance of ending violence against women as a critical first step to peace.

The statements also covered a variety of issues connected to broader themes of international security, such as bolstering preventive diplomacy tactics, reinforcing regional organizations, strengthening peacemaking and peacekeeping operations, and the continued need to protect civilians during all phases of peacebuilding. Many speakers agreed that progress still needed to be made, particularly in the realms of early detection and response expediency; in this regard, most stressed the need for better cooperation and engagement with one another and local/national organizations. 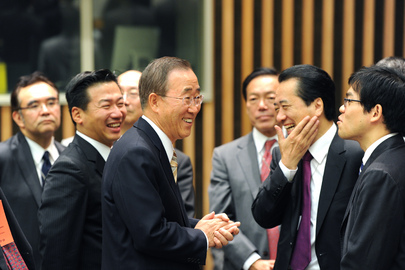