Security Council Open Debate on The Middle East, Including the Palestinian Question, July 2018 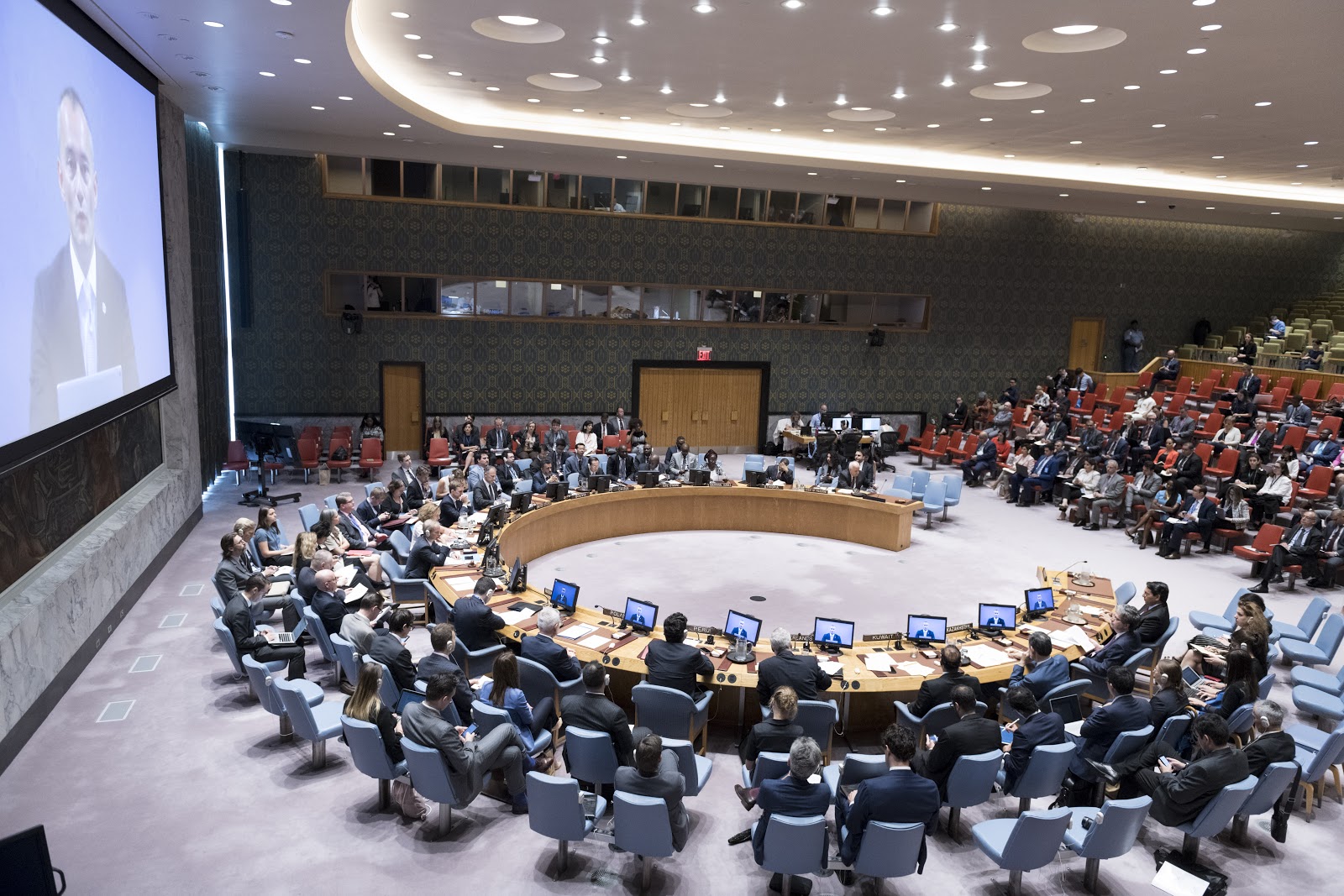 On 24 July 2018 the United Nations Security Council convened an open debate on the situation in the Middle East, including the Palestinian question. Both the representatives of Member States and briefers reviewed the sixth and most recent report of the Secretary General (S/2018/614) on the implementation of Security Council resolution 2334 (2016). Representatives used the debate to highlight the importance of ending the violent conflict, particularly in the Gaza strip; ceasing construction of Israeli settlements and destruction of Palestinian homes; and upholding the two-state solution as the most viable option for securing peace and stability in the region. With only one substantive reference made by the representative of Sweden to the importance of integrating women in the peace processes, speakers overall failed to address the importance of the gender dimension in peace and security in the Middle East.

The Secretary-General’s report S/2018/614 centers on developments concerning settlement activity and violence towards civilians in Israel and Palestine from 26 March to 12 June 2018. Similarly to the concerns of WILPF and Women’s Centre for Legal Aid and Counselling (WCLAC) that were demonstrated in the 2018 UPR Shadow Report, the Secretary-General’s report notes the impact of Israeli settlements and demolition of homes on the security situation in Gaza, the West bank and across Palestine. Additionally, the Secretary-General emphasizes the necessity of the international community in supporting the pursuit a two-state solution. The UN Special Coordinator for the Middle East Peace Process and Personal Representative of the Secretary-General to the Palestine Liberation Organization and the Palestinian Authority, Nickolay Mladenov, noted in his briefing that the focus for future actions must center on the restoration of one legitimate authority in Gaza and the West Bank.

On more urgent topics, the representatives of Egypt, France, Maldives, Netherlands, United Kingdom and the Chair of Committee on the Exercise of the Inalienable Rights of the Palestinian People called for Israel to end the blockade of supplies on the Gaza strip. The representatives of Bolivia, Iran, Lebanon, Pakistan and the Syrian Arab Republic, as well as the representative of the League of Arab States, noted that the recent passage of the law of Jewish nationalism should be condemned by the international community.

Considering the deteriorating humanitarian situation, speakers highlighted the necessary of preserving financial commitments, particularly in the form of voluntary donations to the United Nations Relief and Works Agency for Palestine Refugees in the Near East (UNRWA). As a result of a donation deficit, UNRWA is threatened with a possible reduced presence in the region. Despite concerns of the representatives of Israel and the United States regarding the inequality of voluntary donations by Member States to UNRWA, many of the representatives, including the representatives of Ethiopia, Jordan, Kazakhstan, Saudi Arabia, South Africa, Sweden and the United Kingdom, as well as the representative of the League of Arab States, noted the important role of UNRWA in maintaining livelihoods for Palestinians affected by the conflict.

Excepting the representative of Sweden’s statement that referenced the importance of incorporating women in the peace process, particular in the Women, Peace and Security Agenda, there was an absence of gender mainstreaming as a crucial component in the Israeli-Palestinian peace process, and a lack of gender-sensitivity in the debate as a whole.

The other four references to women were not substantial: the representatives of Indonesia and Iran mentioned women as victims in the capacity of the conflict, while the representative of the Netherlands and the Special Coordinator for the Middle East Peace Process referenced supporting employment opportunities to women and girls.

The lack of gender sensitivity in the open debate raised an important question: where are the women? Out of the 44 of speakers of the debate, 18 (41%) focused on the importance of peace processes in resolving the conflict, but none referenced the role of women. The representative of Sweden noted that participation of women in peace processes is necessary to make societies more resilient against extremism, and that the inclusion of women needed to be enhanced in the conflict settings. This is the continuation of Sweden’s good practice to ask “Where are women?” in every space they are in.

Representatives of the debate focused solely on the discussion of peace processes and conflict prevention between Israel and Palestine in regards to state-based approaches; civil society organisations were neither represented in the debate, nor mentioned as crucial in the peacebuilding, reconstruction and peace process. For example, of the 19 (42%) speakers who noted the importance of the peacebuilding and reconstruction processes, none of the representatives framed the peace process discussion outside of state-to-state approaches.

Furthermore, neither the Secretary-General’s report nor the statements of representatives at the debate mentioned the gender dimension in the discussion of violence, namely sexual and gender-based violence, within the conflict areas of Israel and Palestine. As the WILPF-WCLAC Joint Statement remarks, women are disproportionately impacted by the violence in the conflict between Israel and Palestine. Women’s participation in decision-making, in this context, is required to address violence and ensure resilience.

In order for the peace process to begin in a holistic manner, solutions must also include the voices of women and civil society organisations. The Security Council and Member States should therefore consider the following initiatives in future discussions on the discussion of peace and security in the Middle East: