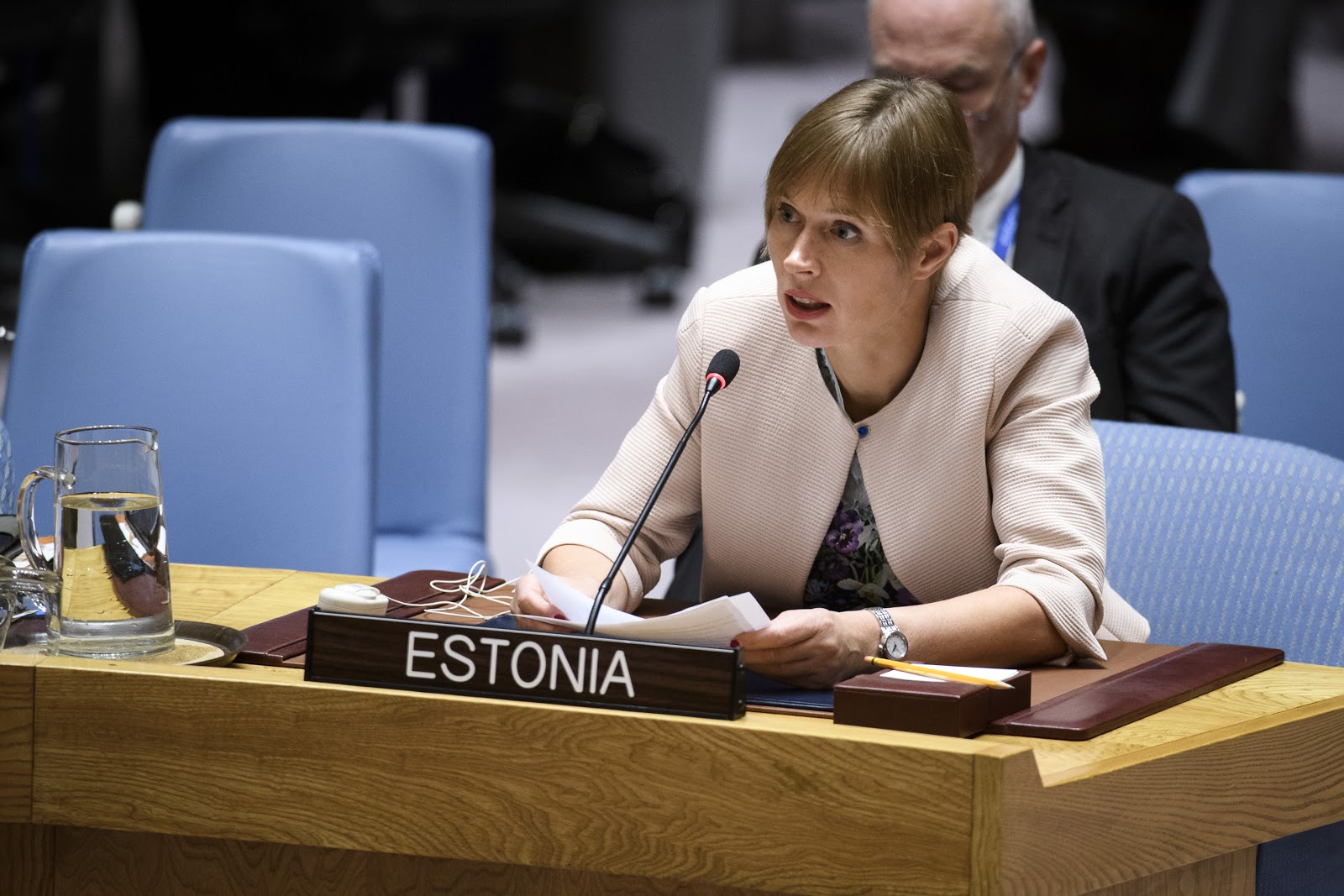 At the height of the UN 72nd General Assembly, the Security Council continued its ongoing discussion on the future of the UN peacekeeping as its President hosted a High-Level Open Debate on the “Reform of UN Peacekeeping: Implementation and Follow up”. At the meeting, the Council unanimously adopted Resolution 2378 (2017) stressing that the prevention of conflict remains a primary responsibility of receiving States, and that political solutions should always be prioritised, as well as strategic partnerships with the African Union (AU) and other actors. The resolution, also recognised the value of women’s participation for effective peacekeeping, as reiterated by Resolution 1325 (2000) and pursuant resolutions. There was however an apparent disconnect between the Member States’ engagement to increase women’s participation in peacekeeping when they adopted Resolution 2378, and their level of references to gender in their statements during the debate.

The discussion’s overall view of UN peacekeeping was that the UN can do better, and that the Security Council must support the UN reform more practically. The Council President, Prime Minister Hailemariam Desalegn of Ethiopia, called on the 15-nation organ to send a clear message of support for peacekeeping reform efforts. In the discussion, such practical steps were outlined to include a focus on effective political strategies, well-supported mandates and enhanced partnerships with regional organisations, and the AU in particular.

The importance of political solution was highlighted by a number of speakers. In his briefing, the Secretary-General Guterres underscored the need to recognise the "primacy of politics" so that peace operations are deployed in support of active diplomatic efforts, and not as a substitute. His statement resonated with his general commitment as Secretary-General to focus the UN peacekeeping efforts on conflict prevention, and to lead a “surge of diplomacy” for peace. Jose Ramos-Horta, the Chair of the High-Level Independent Panel on Peace Operations (HIPPO) also added  that peacekeeping operations and field-based special political missions must be under the same leadership of regional Assistant Secretaries-General to best develop situation-specific responses tailored to context and smoother transitions as those contexts evolved.

While the Secretary-General stated that peacekeeping operations remain highly cost-effective instruments, results on the ground prove otherwise. The speakers at the debate listed Liberia and Cote d’Ivoire as successful examples of peacekeeping, yet countries such as the Democratic Republic of Congo (DRC), the Central African Republic (CAR), Somalia remain “peacekeeping catastrophes,” with conflict spanning over several decades.

Peace operations should be properly equipped and staffed, claimed Macky Sall, the President of Senegal. Specifically, more mobility, better equipment, as well as enhanced training and intelligence, would greatly increase the efficiency and effectiveness of peacekeeping mandates, and eventually reduce numbers of peacekeeping troops, the speakers noted. According to the Prime Minister of Norway, the Group of Five for the Sahel (G5) joint-force must particularly be financed and supported to ensure the success of the mission and a nationally-owned reconciliation.

3. Enhanced partnerships with the African Union

Numerous world leaders acknowledged the role of regional organisations in providing local solutions to local problems, especially noting the efforts of the African Union. Yet, while the Council recently approved of a Joint United Nations-African Union Framework for an Enhanced Partnership in Peace and Security, very few practical steps have been taken so far to effectively bolster the relationship between the two organisations. Most notably, Moussa Faki Mahamat, Chairperson of the African Union Commission, called for increased UN financial support to AU peacekeeping operations and called for a resolution on the principle of financing between the UN and the AU.  The resolution adopted the same day however solely “expressed the Security Council’s intention to give further consideration to practical steps that can be taken, and the conditions necessary, to establish the mechanism through which African Union led peace support operations (...) could be partly financed through United Nations assessed contributions”. Until then, the AU will continue to mainly rely on voluntary financial contribution, limiting its power of implementation.

Of the 25 statements delivered at the debate, 12 (48%) speakers addressed issues relevant to the Women, Peace and Security (WPS) Agenda. As the debate took place on the margins of the UN 72nd General Assembly, one could have hoped the renewed commitment of world leaders to strive for peaceful, inclusive and equal societies in face of increased nuclear threats would have been carried from the General Assembly to the Security Council Chambers. Yet, most statements shared a militarised vision of peacekeeping and advocated for women’s inclusion in this same military industry for peace. Statements mainly made general references to women, stressing the importance of their inclusion in peacekeeping without specifying which roles they can play, nor the kind of support peacekeeping missions need to ensure their inclusion. This represent a key incoherence in the world’s leaders commitment to the Secretary-General’s reform agenda which includes clear strategies and actions to achieve gender parity, as well as a key failure to implement recommendations from the HIPPO report which recognises Resolution 1325 (2000) as a cornerstone of peace operations.

The speakers encouraged the participation of women in a global ecosystem of peace and stability which encompasses synergies between the peace and development agenda while refuting logics of militarisation. The President of Bolivia, in this regard, remarkably called on the Security Council to abide to Resolution 1325 (2000) and reaffirm and promote women’s role in peace processes, mediation, negotiation, and dialogue. Specific guidelines on ways for the Security Council to effectively include women in its reform of peacekeeping mandates were however not provided. Women-led initiatives, such as Women Situation Rooms (WSRs) throughout Africa or the so-called “tent movements” in Libya,  would have been relevant ways to highlight how women can directly and effectively engage in conflict prevention and mitigation. While having more women in peacekeeping is an important step towards addressing the conflict and achieving feminist peace, the recognition of women as active actors of peace however often seemed to be referring to women as officers in peacekeeping missions rather than as beacons of peace and demilitarisation in local mediation efforts. This development however shifts the argument from strengthening gender analysis towards supporting the logic of violent masculinities.

Lastly, numerous world leaders mentioned the Secretary-General’s zero tolerance policy throughout the debate. However, apart from the President of Lithuania, who said that the deployment of women’s protection advisers and other gender experts should be further expanded, statements failed to address the need for increased training on gender, employment for gender advisors, as well as strict responses to sexual exploitation in peacekeeping mandates. As argued by numerous civil society organisations, the Security Council must strengthen gender analysis in the development of SEA early-warning and response mechanisms in peacekeeping operations. Moreover, to improve the monitoring of SEA cases, Members-States should advocate for the establishment of an independent monitoring mechanism run by women’s civil society groups and women’s human rights defenders monitoring  SEA cases.

Overall, this debate illustrates the Women Peace and Security Agenda still lacks consistent support from the Security Council, representing more a tick-box obligation rather than a concrete tool to enhance the operational effectiveness of UN peacekeeping. If member states hope to reform the UN peacekeeping agenda, with a focus on locally-owned and inclusive efforts for peace rather than externally-imposed, inefficient and costly crisis-management missions, they must step up their efforts to effectively include women’s leadership in the drafting, implementation and follow up of peacekeeping mandates.

Concept Note for the Security Council Open Debate on the “Reform of UN peacekeeping: implementation and follow-up”

Meeting record of the Security Council Open Debate on the “Reform of UN peacekeeping: implementation and follow-up”