If you have any difficulty viewing this letter in HTML, please view it online.

This is a difficult time for peace advocates. How can we talk about women participating at the peace table when talk has not translated into action? How can we discuss the implementation of the Women, Peace and Security (WPS) agenda when, despite rhetoric, goodwill, ministerial support, UN mediation, advocacy, campaigns, Syrian women are not even present at the opening session of the Geneva II talks, not to mention at the infamous “table”?

Over the past few weeks, I have heard diplomats tell me, with a tone of insider arrogance, “this is not a round table; it has two sides only”. I have heard Ambassadors agree and agree and then agree again with each other that women must be part of the Geneva II process but then their States have not delivered. I have heard colleagues try to convince themselves that negotiation “observers” are actually “at the table”. Next holding a conference two weeks ahead of the Peace Talks will count as “participating”! All in all, we, as an international community of States, NGOs and UN bodies, have failed - failed to implement the WPS agenda and failed to find mechanisms to include women. Despite this collective failure, we will not resign. To the contrary, we, as WILPF for sure, will redouble our work, rethink our efforts and recommit our support to push forward women's full, equal, and meaningful participation and rights in this peace process and others.

Friday January 17, 2014 was indeed a historic day for Syrian women, despite now being in the shadow of the failures in Geneva. Three Syrian women civil society leaders briefed the UN Security Council in a special closed Arria Formula meeting demanding women's meaningful inclusion in the Geneva II peace talks and ongoing transitional peace processes. “We want peace and we want to be part of it. This is the bottom-line,” said a representative of the Syrian Women's League to the highest body on international peace and security. PeaceWomen planned and organized the women peace advocates' trip, a side event and the historic Security Council meeting. A powerful moment came when one of Syrian women looked up at the Ambassadors of the Security Council and pleaded “Do not leave your resolutions in a drawer, they do not deserve only lip service”. 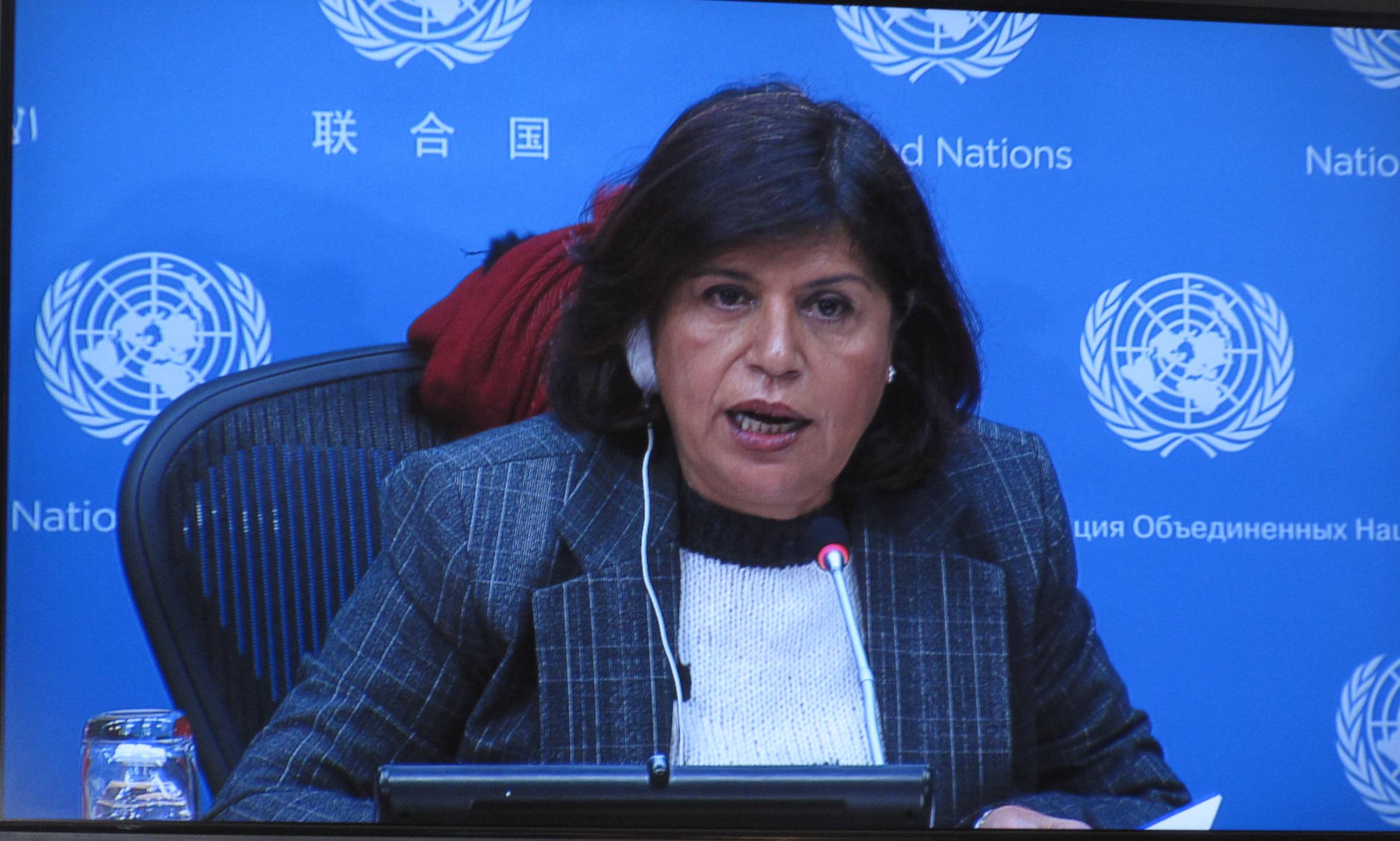 The three Syrian women, who risked their lives to speak truth to power, demanded passionately: 1) an independent women civil society presence at the Geneva II talks; 2) 30% women on all negotiating bodies; and 3) strong and effective gender expertise to ensure that gender is mainstreamed throughout all outcome documents and processes. Read more in our blog >>

A lot has been happening quickly around the peace talks and on engaging women. This includes a meeting in Geneva convened by UNWomen (12-13 January) where the participants issued an outcome document with concrete demands for peace; the Syrian women delegation to New York and Security Council briefing (15-17 January); and the WILPF-supported Women Lead to Peace campaign and the women's peace summit in Geneva (20-22 January) happening parallel to the official Peace Talks in Montreux and Geneva (22 January ministerial speeches and 24 January negotiations initiation). There is increasing recognition that neither fighting side represents the majority of Syrian people working for peace. Yet recognition is not enough: it is time to move from words to action.

This month (23-24 January), Peacewomen also supports Joy from WILPF-Nigeria's participation in the 23rd Gender is My Agenda Campaign (GIMAC) consultative meeting on mainstreaming gender into the African Union in Addis Ababa. This consultation takes place a few days before the biannual summit of the African Union and discusses key priorities including emerging conflict, peace and security issues.

Beyond the focus on Syria, this edition of E-News includes an article on this year's Commission on the Status of Women (CSW) session happening in March 2014. It also includes news on South Sudan, a tribute to the late human rights defender Ila Pathak and PeaceWomen's newly released National Action Plan (NAP) Development Toolkit. 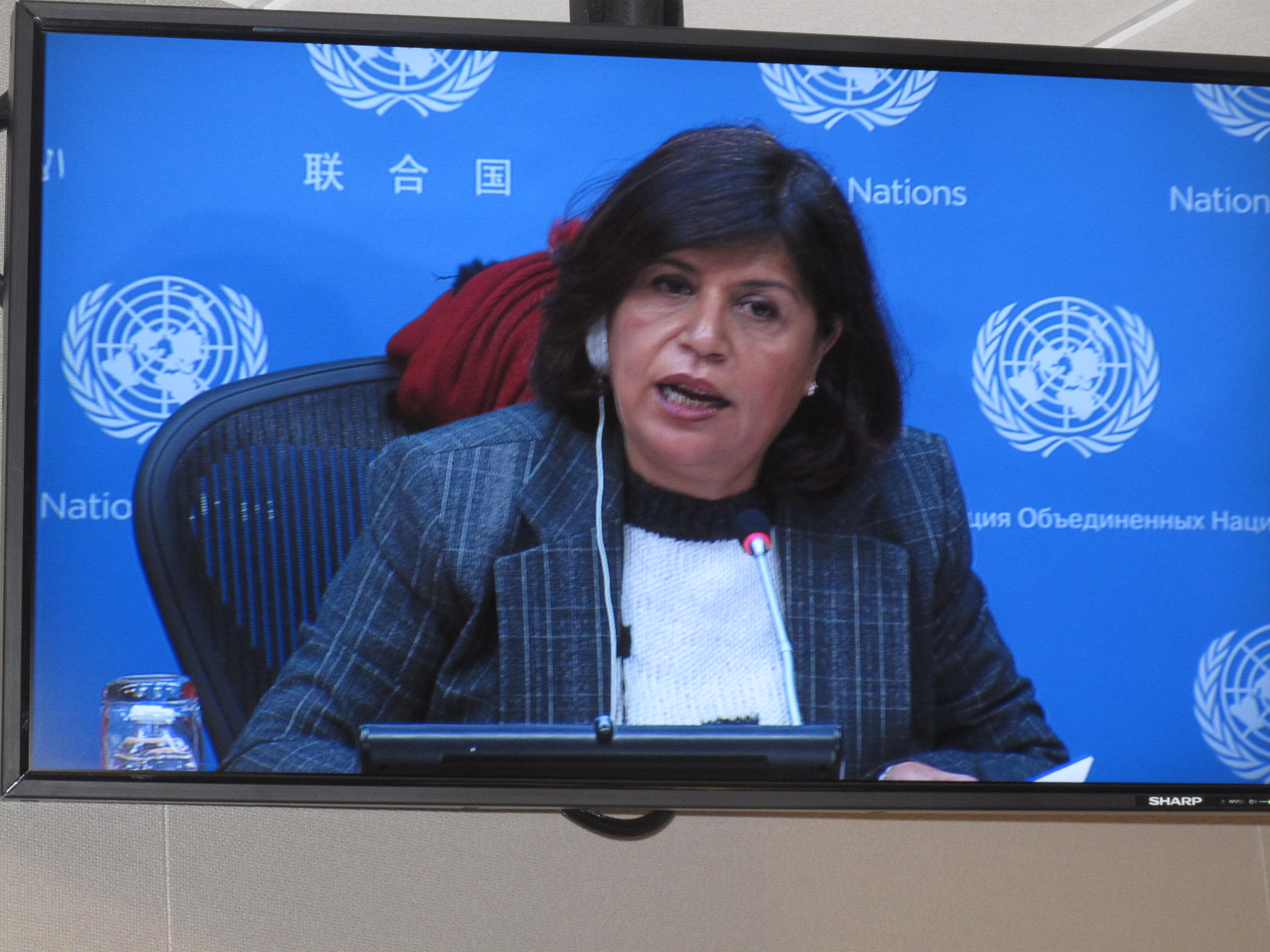 The visit of three Syrian women civil society leaders representing the Syrian Women's League, Syrian Women's Network and the Syria Women's Coalition for Democracy to New York marked a historic event. On Friday 17 January, they provided the first ever briefing of the Security Council by Syrian women in an exclusive closed Arria Formula meeting. The women came to New York to advocate for women's meaningful inclusion in Geneva II peace talks and ongoing transitional peace processes. They also advocated with key Permanent Missions to the United Nations through bilateral meetings and spoke at an open side event hosted by PeaceWomen on 16 January, titled “Women's Participation and WPS Accountability in Syria: Geneva II Peace Negotiations and Beyond.”

At the Security Council, the Syrian women presented the outcome document with concrete objectives from a conference organized by UN Women on 12-13 January in Geneva with 50 Syrian women from diverse backgrounds. They demanded:

Women leaders have already shown– indeed, more than the men involved – a creative process and plan for peace. Yet they still are not at the table. Beyond the Geneva meeting 19th December and the Arria on 16 January, WILPF, in collaboration with international partners, facilitated a women's peace summit from January 20-22 in Geneva with women from Bosnia and Herzegovina, Colombia, Ireland, Liberia, Rwanda, Sri Lanka and Uganda; this included modeling what peace processes should look like as well as demands for women's meaningful inclusion in Syrian peace processes, Geneva II and beyond. Although the opening to Geneva II has been hugely disappointing, it is just one part of a bigger process. Now it is up to the governments to stop being gatekeepers and let these brave and creative women dedicated to peace and human rights be a real part of the conversation and action on peace.

The fifty-eighth session on the Commission on the Status of Women (CSW) will occur from 10 to 21 March 2014 at the United Nations Headquarters in New York. WILPF's delegation, consisting of 60 women from around the world, will join representatives of United Nations (UN) Member States, UN entities and ECOSOC-accredited non-governmental organizations for an exciting two weeks full of UN side-events, panel discussions, movie screenings and interactive dialogues.

The Priority Theme of CSW 58 is “Challenges and achievements in the implementation of the Millennium Development Goals for women and girls”. As a response to this year's Priority Theme, WILPF calls for a "post 2015 development agenda that invests in gender equality and peace for sustainable development rather than current investments in degenerative development, inequality and violence". Read more on WILPF's official statement here. WILPF is organizing and supporting numerous activities and events including:

As WILPF commemorates the life of pioneer Ila Pathak, she is remembered for her activism and her work to eradicate the oppressive standards set by others for women. 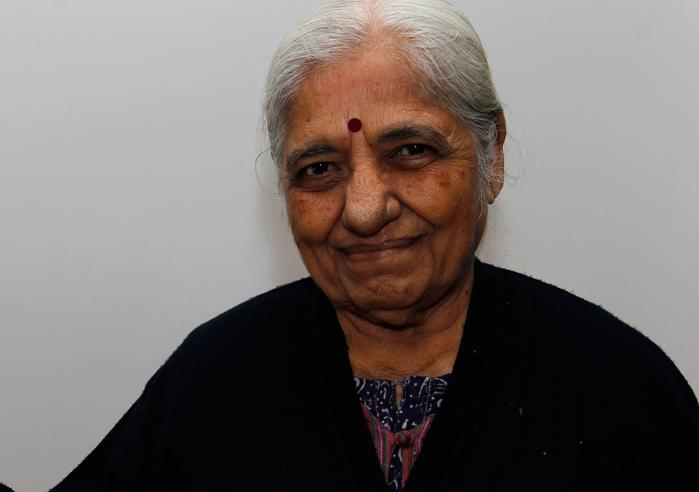 Ila Pathak a professor with a PhD in Indo-English Literature and a Bachelor's in Law brought to the forefront issues plaguing women in India, such as honour killings, dowry, rape and female foeticide. With her commendable and effective work she held the following positions: Co-founder of Ahmedabad Women's Action Group (AWAG) in 1981 and former President of WILPF India and Vice-President of WILPF International. Her longstanding involvement with AWAG has positively contributed to the lives of women, forming steps towards shaping a framework in India and internationally that protects women's rights. Her work with AWAG in the state of Gujarat established a 24-hour helpline and counselling service in connection with the District Superintendent of Police.

Ila's international reach and activism was felt worldwide as an inspirational and strong leader. Secretary General of WILPF Madeleine Rees states: “Ila epitomized what WILPF stands for. She was a woman who was committed to peace and non-violence, who was passionate about rights and equality, who worked tirelessly for justice and did so with a gentleness which was demonstrative of her inner strength. She gave us much to inspire and motivate us and whilst we celebrate her life, we will also miss her, her warmth, her smile and her kindness. Ila, we thank you!” Programme Director of WILPF, Maria Butler, made the following statement, “We will miss her. May she now rest in peace and may she help us to live as she did.” As we thank Ila for her contribution to women's rights activism, we leave you with the following remarks, as made by Ila: “Who has time for tears and tantrums? There is much work to be done.”