More Life, Less Arms: Learning From Colombia Before The 17th Anniversary Of UNSCR 1325 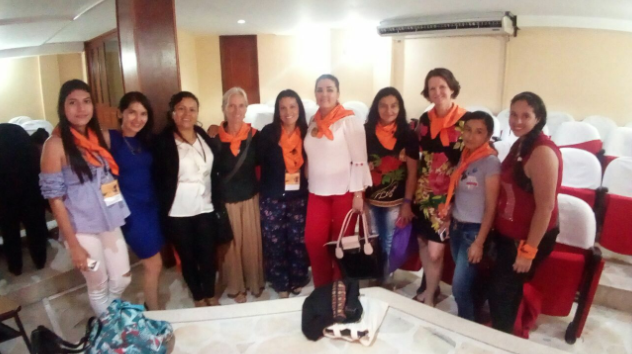 It is now almost one year after the Colombian government signed a peace agreement with the FARC-EP, and just a few months after the FARC-EP successfully laid down over 8,000 arms.  A couple of weeks ago, I had the privilege to join our WILPF sisters in Bogota and Villavicencio, Colombia to support the launch of a WILPF Colombia report “Women for Disarmament”, which called for not just disarmament of the FARC-EP, but disarmament of society as a whole.

At the Bogota launch of the report, WILPF Colombia shared their campaign, “+Vida -Armas!” (“More life, less arms!”) with over 300 participants, including women from the territories, indigenous women, lawyers, local authorities, government and UN actors. Women from around the country discussed the need to move away from military solutions and toward investments in livelihoods for feminist peace. On a panel of women ex-combatants, including from the FARC-EP and government, one participant shared a powerful reflection: “I used to have a love affair with guns. But eventually I found that they did not serve my purpose of social transformation. So I divorced them.”

After 50 years of armed conflict in Colombia, women have seen how cultures of machismo and proliferation of arms destroy opportunities for women’s political participation, livelihoods and peace. Through feminist movement building, women are creating an alternative world: one that demands a better future for women and all people, and that builds democratic leadership for non-violence, peace and security that makes a difference for women.

When I met with women peace activists and WILPF Colombia partners from the territories, they described a mixed picture in Colombia today: on one hand, the FARC-EP weapons lay-down and women’s engagement in several peacebuilding initiatives have improved the lives of many women in these areas, including around reduction in violence, improved access to employment, and increased security for children. On the other hand, there are increases in different forms of violence for women. Outside of the cities, in the territories, an absence of state engagement, increase in other militant groups, and ongoing narco- trafficking and corruption restrict women’s opportunities, freedom, and mobility. This is why WILPF Colombia’s campaign “+Vida -Armas!” (“More life, less arms”) calls on the Colombian government to strengthen arms control, ratify the Arms Trade Treaty, and support local feminist movements for peace.

Like the magic realism of Colombia’s famed Gabriel Garcia Marquez, the peace agreement in Colombia (like many places) exists in parallel, but not always consonant with, the lives and experiences of women at the grassroots level. Going beyond magic realism in Colombia and around the world requires flipping the way business as usual is done. Rather than top-down, action must start from the bottom up. Local women’s movement priorities on non-violence, empowerment, political participation and justice must be central.  Taking the time to cultivate democratic communities and women’s livelihoods is essential for feminist peace.

At the 17th anniversary of UNSCR 1325 next week in New York, much will be said about the importance of the Women, Peace and Security Agenda. Many will point to good practice examples, like Colombia, on amplifying women’s voices for peace.  Recognising gains is important. However, the purpose of a peace agreement is not a stamp on paper, but a change in people’s lives.

As we come together in New York next week, the international community should remember the courageous and dedicated women peace activists in Colombia and around the world, and take action that prioritises their demands for more life and less arms. Women are leading the way. It is time -- and past time -- for the international community to step up.

ICAN Wins The Nobel Peace Prize: What Does This Mean for Women?

International Campaign to Abolish Nuclear Weapons is preparing for the negotiations on the adoption of the Treaty on the Prohibition of Nuclear Weapons. (Photo: ICAN)

Recognising that the majority of Nobel laureates are men, Beatrice Fihn, the Executive Director of ICAN, highlighted that “the issue of nuclear disarmament has been led and inspired by women because men have only made decisions to bomb cities.” Women have been at the forefront of the anti-nuclear resistance since the beginning of the nuclear age. Indeed, the Nobel Peace Prize and the prohibition of nuclear weapons is something that women’s groups should celebrate.  WILPF has been part of the hibakusha campaign , indigenous test survivors and antinuclear activists from around the world. We have worked with our members, with partners and with governments to develop the nuclear ban treaty through activism, advocacy and diplomacy.

Now, it is time for Member States to take a step towards disarmament and effective conflict prevention. The issues of demilitarisation and disarmament - including nuclear disarmament - should be recognised as part and parcel of broader Women, Peace and Security (WPS) prevention efforts. All Member States, including the Friends of WPS, should step up and sign the nuclear ban as part of broader commitment to prevention and women’s leadership. After all, prevention is one of the four pillars of the WPS Agenda and critical for sustaining feminist peace.

Countdown To The 17th Anniversary Of UNSCR 1325! 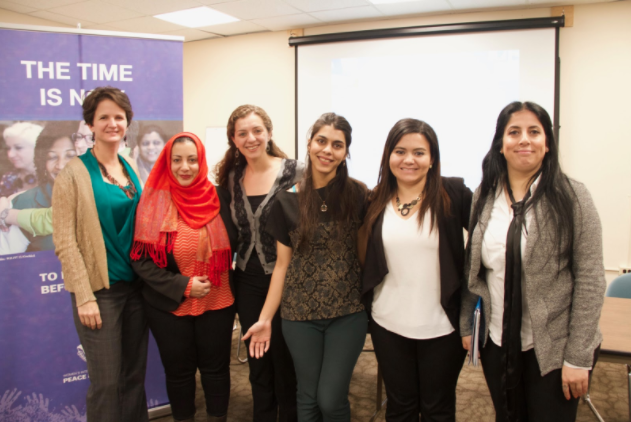 WILPF International and a special delegation of women peace leaders from Syria, Yemen, and Libya at the 16th Anniversary of UNSCR1325. (Photo: WILPF/Marina Kumskova)

The annual United Nations Security Council (UNSC) open debate on Women, Peace and Security is less than one week away!

At the 17th anniversary of UNSCR 1325, WILPF will continue advocating for sustainable and feminist peace through strengthening support for conflict prevention and disarmament efforts and ensuring women civil society’s meaningful participation.

WILPF will host a delegation of women human rights activists from Colombia, Nigeria, Bosnia, Palestine and Libya, among others, who will call for action to overcome obstacles to women’s meaningful participation and strengthen conflict prevention including demilitarisation for feminist peace. We will launch a Feminist Security Council Infographic, a Security Council WPS Scorecard Research Report, and support the English language summary of WILPF Colombia report “Women for Disarmament”. In coalition with the NGO Working Group on Women, Peace and Security, we will support a civil society open letter and civil society statement during the open debate to amplify voices of our local women.

WILPF will be hosting and co-sponsoring several side events throughout the week leading up to the open debate:

If you are not able to join us in New York, please follow along via Facebook and Twitter (don’t forget to include the hashtags #UNSCR1325 and #FeministPeace); read our blog posts, which will be posted throughout the month; join the conversation, share our infographics and most importantly – raise your voice!!

To learn more about WILPF’s action around the 17th Anniversary of UNSCR 1325, click here>>

#UNGA72: Where Do We Stand On Conflict Prevention And Feminist Peace? 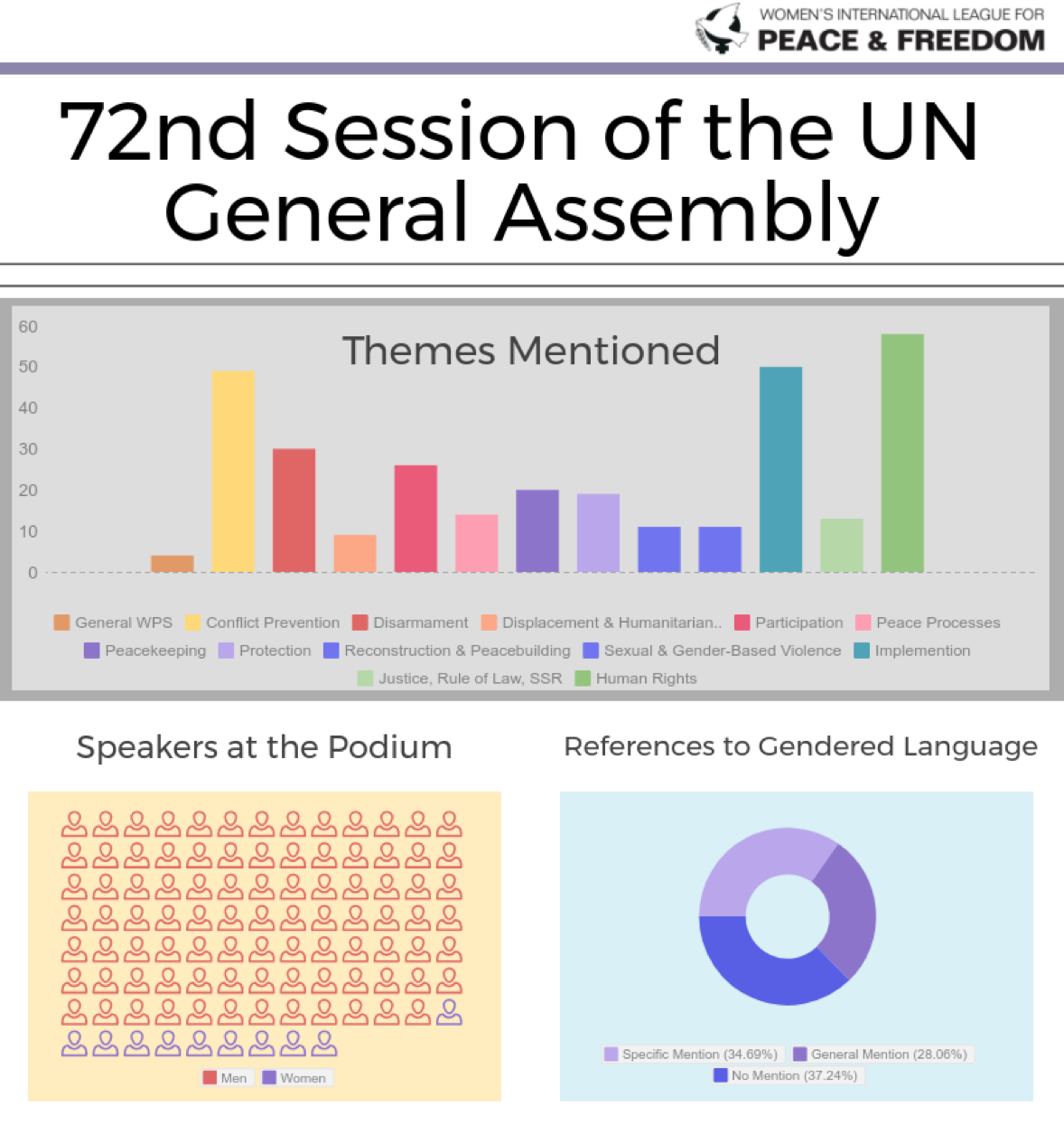 The General Debate of the 72nd session of the United Nations General Assembly (UNGA72) was held on 19-25 September 2017 under the theme, “Focusing on people — striving for peace and a decent life for all on a sustainable planet”. During the debate, participants delivered statements outlining their visions for sustainable development and international cooperation, including around peace and security issues. They emphasised the life or death nature of addressing climate change and nuclear proliferation, and reaffirmed their commitment to conflict prevention and equality for all through partnerships and extra-territorial accountability.

The most exciting occurrence of the High-Level Week was the signing of the world’s first legally binding treaty prohibiting nuclear weapons. Despite opposition from nuclear-armed countries and their allies, 42 Member States signed the Nuclear Ban Treaty during the opening ceremony, and the number of Member States that have signed it continues to grow. Women’s historic leadership on this issue and WILPF's work on banning nuclear weapons was later recognised when the 2017 Nobel Peace Prize was awarded to our coalition, the International Campaign to Abolish Nuclear Weapons.

WILPF monitored the debate for references to women, disarmament and conflict prevention, as well as references to our focus countries, and shared a report as part of our accountability work. The goal of this report is to demand accountability for the implementation of the Women, Peace and Security Agenda and strengthen policy coherence across other frameworks, including the Sustainable Development and Sustaining Peace Agendas.

We invite you to join us in demanding action for feminist peace. Find out what your government said in our Debate Index. Share this resource with your networks. 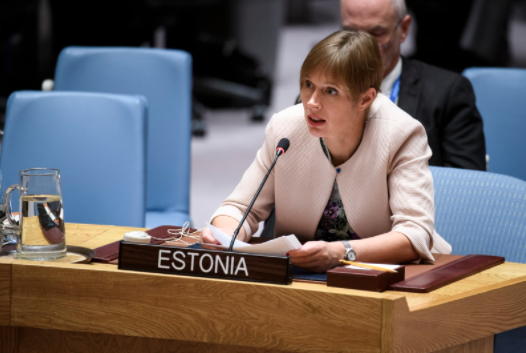 At the height of the UN 72nd General Assembly, the Security Council continued its ongoing discussion on the future of the UN peacekeeping as its President hosted a High-Level Open Debate on the “Reform of UN Peacekeeping: Implementation and Follow up”. The aim of the discussion – guided by a concept note – was for Member States to consider how peacekeeping operations can more effectively contribute to sustaining peace and relapse prevention. At the meeting, the Council unanimously adopted Resolution 2378 (2017) stressing that the prevention of conflict and relapse prevention remain primary responsibilities of receiving States and that political solutions should always be prioritised, as well as strategic partnerships with the African Union (AU) and other actors.

A reform of the UN peacekeeping missions’ engagement with grassroots civil society organisations, including women’s groups, was underscored as vital for the development of sustainable peace. However, no references were made to women-led local initiatives such as Women Situation Rooms (WSRs) as examples to highlight how women can effectively engage in conflict prevention and mitigation. Rather, most statements shared a militarised vision of peacekeeping and advocated for women’s inclusion in this same military industry for peace. This is alarming as it illustrates a shift  from strengthening gender analysis towards supporting the logic of militarism and violent masculinities.