This 120 edition of PeaceWomen ENews features women, peace and security news, events and resources from peacewomen.org on the subject of sexual violence against women in honor of the 16 Day Campaign and the new Security Council Resolution (1960) on sexual violence in conflict.

The last PeaceWomen ENews focused on a review of the 10th anniversary for Resolution 1325 (click here for full version).

As the year comes to an end, the women, peace and security (WPS) focus at UN headquarters is on Sexual Violence in Conflict, an important aspect of WPS agenda.

In this ENews Edition (below), there is a brief summary of the new and noteworthy developments in this Resolution, which includes the creation of a listing system for perpetrators who engage in patterns of sexual violence – a basis for action, including the consideration of sanctions and other targeted measures. The Resolution was negotiated under the US Presidency (as were both SCR 1820 & 1888), and it covers the main recommendations in the Secretary-General's report (S/2010/604).

The Special Representative of the Secretary-General on Sexual Violence in Conflict (SRSG), Margot Wallström, made a comprehensive and substantive statement to the Council remarking, “long after the guns fall silent, the consequences of rape remain.” She emphasised the imperative to ensure that conflict-related sexual violence no longer goes unreported, unaddressed or unpunished. (See details in SCM: Debate Watch and on UN ACTION website).

It has been almost one year since SRSG Wallström took office; to read about her mandate in her own words, see her special editorial in PeaceWomen ENews 116 wherein she details her five-point priority agenda: addressing impunity; empowering women to seek redress and claim their rights; mobilizing political leadership; increasing recognition of rape as a tactic of conflict; and ensuring a more coherent response by the United Nations system.

SRSG Wallström has been on four field visits during her first year: to the Democratic Republic of the Congo, in April and again in September-October; to Liberia, in June; and to Bosnia and Herzegovina, in November. Madeleine Rees, WILPF Secretary-General, took part in this last Mission to Bosnia to facilitate in bringing the voices of grassroots women directly to the Special Representative. Although the SRSG made some remarks on Bosnia in her statement, the Report lacked substance on her visit (only one line allocated). We must push for the SRSG to use her field visits as a critical avenue to advance her mandate in 2011 and ensure that each mission has focused follow-up for the survivor of sexual violence on the ground.

The shocking and widespread violence and mass rapes which took place in Walikale region, Democratic Republic of Congo (DRC) in July/August, 2010 were condemned strongly by member states and the highest representative of the UN, Secretary-General Ban Ki-moon. Speaking at the Open Debate, he asserted that “attacks on women are attacks on peace itself,” which was why more must be done to fight stigma, protect women's security and provide survivors of sexual violence with services and comprehensive reparations.

Resolution 1960 builds and deepens the WPS agenda by exploring the conflict-related structural drivers of sexual violence and creating institutional tools and teeth to combat impunity. To help us look even further forward – to envision a peace with human dignity for women and men – we must examine the build blocks to get there. This resolution will not change the consequences of sexual violence today for women in conflict areas but it may help debunk myths that naturalize conflict-related sexual violence and hold perpetrators to account at the highest level of international security policy. We must continue to use gender perspectives and these mounting policy tools to end discrimination of women and facilitate their access to justice and reparations in the realms of both war and peace. We are reminded that gender inequality remains a conflict waged during times of peace.

The lessons we learned from the anniversary of 1325 will be invaluable as we consider how to operationalize the prevention of sexual violence and the prevention of conflict. As a complement to Member State monitoring and reporting efforts, women must be empowered as leaders, partners, and participants in conflict prevention, security sector reform, DDR programs, informal and formal peace processes, and all dimensions of peacebuilding. Thus, implementation of the gender perspective contained within 1325 – which promotes national and community ownership of participation, protection, and prevention efforts – must not be separated from the realization of its sister resolutions, including the newly adopted 1960.

The PeaceWomen ENews has been strengthened in 2010 with a new improved format as part of the rebuilding of peacewomen.org. We also featured two special editorials from Mary Robinson (Issue 118) and SRSG Wallström (Issue 116).

I would like to thank all those who contributed to our ENews and sharing our work with many around the world working on women, peace and security. Particularly, I thank the interns who have been such an integral part of our work - a special thanks to Michelle for her creativity and positive energy as sub-editor of the PeaceWomen ENews, and for her commitment to women's rights. 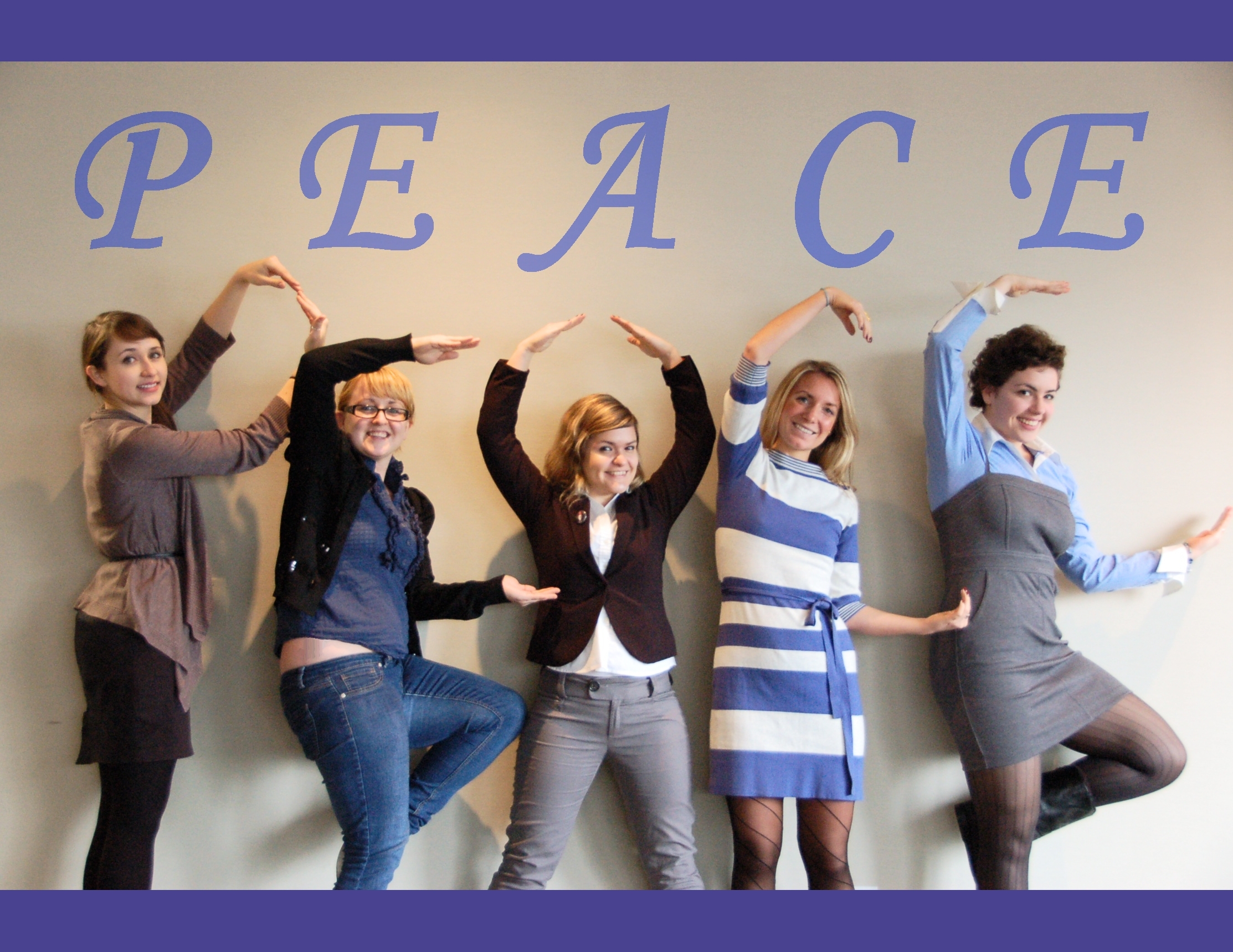 Happy Holidays, from the PeaceWomen Interns

Take action! The need to make women, peace and security resolutions accessible and relevant to women on the ground is more urgent than ever.

Join our "Speak Local Campaign" today. PeaceWomen needs your help to translate SCR 1820 into your language(s) to promote local ownership and women's participation in conflict prevention, protection and peace-building. Your work will be acknowledged on our site and will help raise awareness.

PeaceWomen/WILPF's mission, values and strategy are particularly related to this year's 16 Days Campaign theme: Structures of Violence: Defining the Intersections of Militarism and Violence Against Women. CWGL is asking civil society to get together information on our individual and collective experiences of militarism in order to address the structures in place that permit gender-based violence, the range of violations that militarism promotes, and the impact it has on our activism and our ability to live in genuine security.

We have researched, compiled, and calculated data on governments' military versus social services spending – i.e. “You Get What You Pay For.” We prepared expenditure summary estimating what a national government has spent on militarization versus social services/development assistant. As a result, we will see the extent of military expenditures per country versus an amount that has been cut or not prioritized in the national budget.

The report of the Secretary-General on the implementation of Security Council resolutions 1820 (2008) and 1888 (2009) (document A/65/592-S/2010/604) provides an analytical framework of conflict-related sexual violence to inform practice, and updates situations on the Council's agenda, progress made by the Organization in implementing the resolutions, and recommendations.

The new Security Council Resolution 1960(2010) creates a listing system whereby parties who have engaged in patterns of sexual violence in situations of armed conflict that are on the Council's agenda will be listed in a new annex to the Secretary-General's annual reports (SCR 1960 OP3; see Report pg 17, Recommendation 46 c).

This will be similar to the listing mechanism for Children and Armed Conflict (CAAC), except without the working group mechanism attached and limited to countries on the Council's agenda (for now). The CAAC mechanism and Resolution 1882 already require the UN System to gather information on and publish a list of perpetrators of sexual violence where the victims are children. By endorsing a similar system for sexual violence perpetrated against adult women, the Council can easily eliminate an artificial divide between concern for victims of sexual violence under and over 18 years of age.

The resolution calls specifically upon parties to armed conflict to make and implement specific and time-bound commitments to combat sexual violence (SCR 1960 OP5).

The last operative paragraph details the very specific requests for next years report, which give a strong mandate to the Secretariat to provide detailed implementation strategies and list specific parties to conflict that are committing patterns of sexual violence in an annex to the report.

The 10th December is Human Rights Day and the culmination of the 16 days of activism, the theme of which this year has been militarism and the link to violence against women. 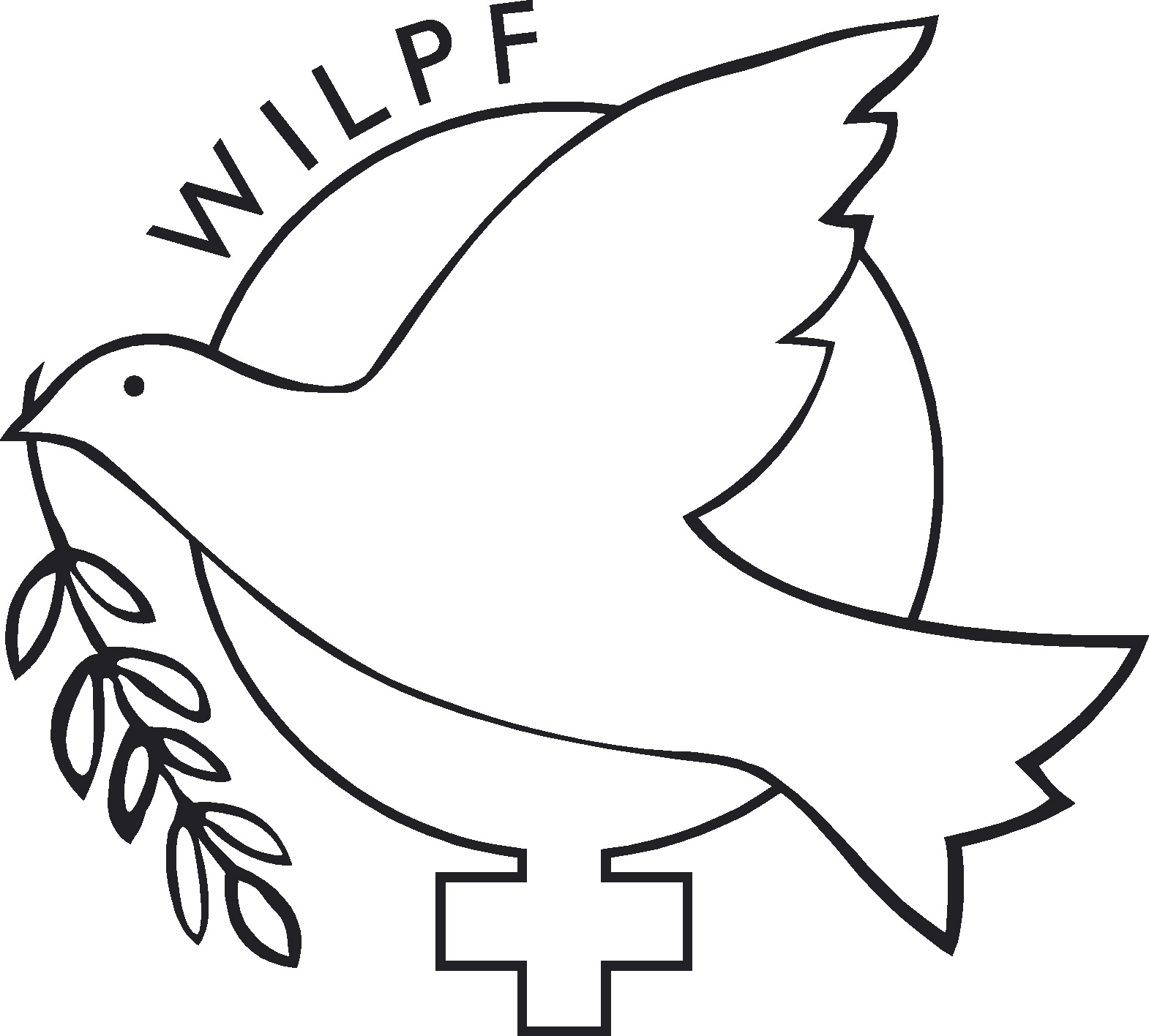 WILPF has been making these links since its foundation in 1915 and our critique is sadly as relevant now as it was then, it's just that the context and the tools to address the issues are different. This year will hardly be recalled as the year when great strides were made to address militarism, violence against women and the absolute necessity of upholding human rights, on the contrary. From the attack on a humanitarian flotilla, through the gendered horrors of the DRC, to the exposures made by WikiLeaks and the disgraceful and possibly illegal responses from the leading democracies, 2010 will not be a great year in the annals of human rights protections.

Since May, WILPF has made public statements and analysis to draw the threads of these issues together, not just to criticize but to give attention to the legal frameworks which exist to try to make sure that we move away from violent conflict as a pretext for security, and to give support to ways in which that quantum shift can be made.

To learn more, read the rest of WILPF's statement here.