“We are the victims of a patriarchal system… If this is not the time [to tackle patriarchy], when? It is our responsibility to bring these issues to the table.”

On 20 November 2018, WILPF launched our “Towards a Feminist Security Council” Guidance Note to build solutions-oriented action for implementation of the Women, Peace and Security Agenda.

At the launch, participants tackled patriarchy as a system of discrimination that naturalises violence and promotes conflict. “It is not peace and security if it doesn’t work for women,” stated one participant. “Remember when it was a dream to get a briefer on Yemen?” asked another, “But we insisted, took practical action, and now we know that these things can be done.”

2018 was a year that saw a shift in honesty and clarity on challenges and opportunities on Women, Peace and Security. In the wake of #MeToo discussions that took harassment and assault out of the closet, women peace activists have been increasingly willing to name patriarchy (“the P word”) and feminism (“the F word”) in demanding political change.

Across the year, we saw increasing recognition that changing systems of gendered discrimination and violence require not just increasing the number of women (though this is also important); instead the key is to promote substantive agendas for gender equality and peace.

In response to concerted civil society advocacy, the UN Secretary-General, UN Women and many progressive Member States affirmed at the October 2018 18th Anniversary of UNSCR 1325 that holistic action requires addressing the root causes of violence by cultivating women’s livelihoods and disarming violence for sustained and gender equitable peace.

There were also concrete steps taken, including the support for a record number of civil society briefers to the Security Council, and continued action by the Council’s UNSCR2242 Informal Expert Group to accelerate implementation of WPS commitments in country-level work.

As we look toward 2019 and 2020, with milestones on addressing sexual violence in conflict, promoting peaceful societies, and taking action on Women, Peace and Security, we must do our part to accelerate action.

For the Security Council, concrete steps should include regularising a cycle of civil society engagement, including with independent civil society briefers, ensuring supporting consistent gender conflict analysis across the UN system, taking a bottom-up approach (i.e, as the HIPPO report called for: “facilitate more, do less”), and disarming security by investing in women’s lives and divesting systems of war and arms based on violent masculinity.

As WILPF President Joy Onyesoh has stated, “We need feminist peace to ensure that women’s voices are heard.” We need all of us to move forward. 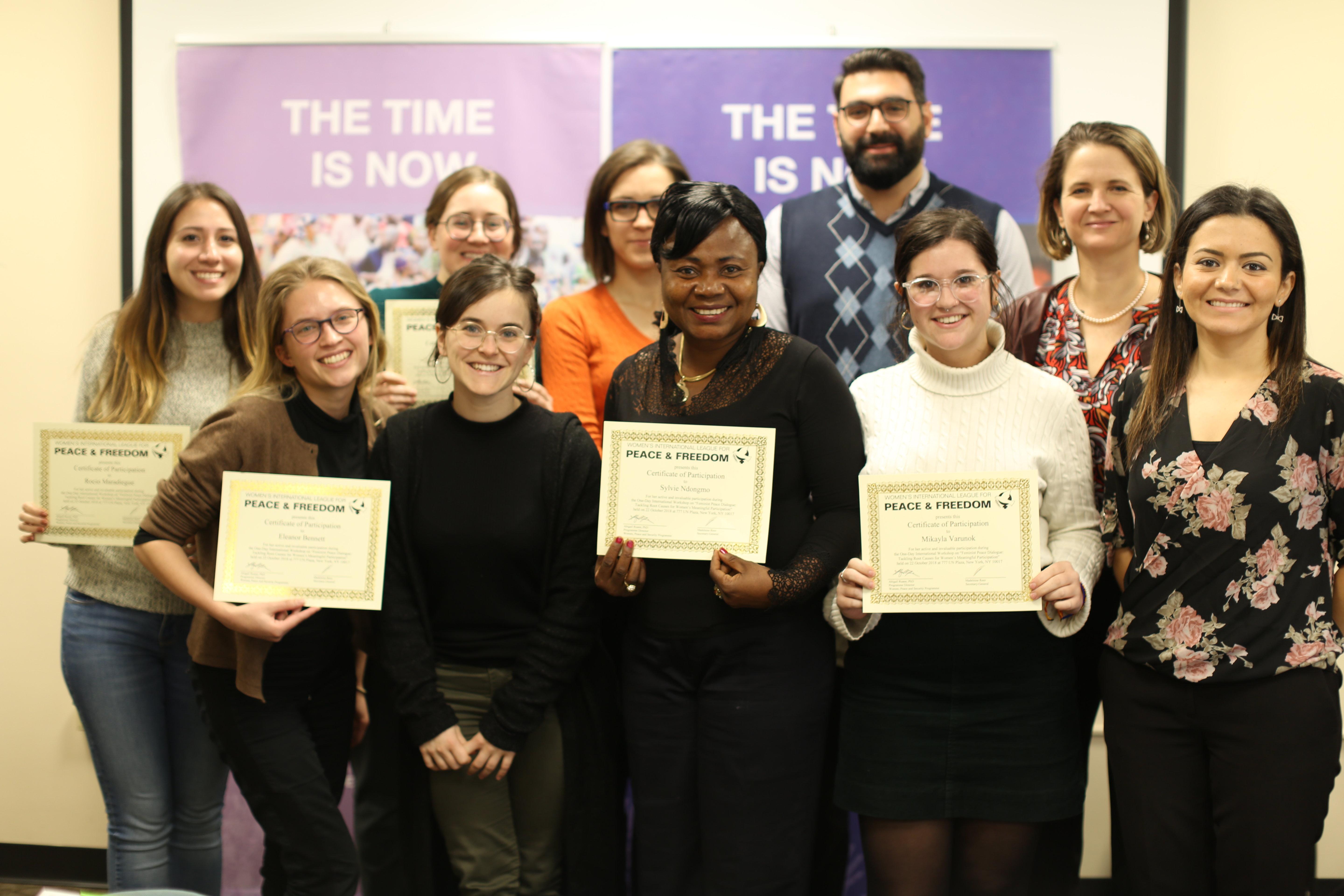 In 2018, WILPF amplified the voices of grassroots women peace activists across the UN System, as well as supported their work on the local level. Together with activists in the WILPF network of over 39 different countries, we called for concrete action on a Feminist Agenda for Peace based on women’s meaningful participation, disarmament and gender analysis.

At various international forums, we worked with local activists to demand a transformation towards bottom-up, inclusive and gender-aware action across the UN System. During the 62nd Session of the Commission on the Status of Women (CSW62), our partners brought attention to the impact of occupation, war and violence on women in Palestine, Syria, Nigeria, as well as historical challenges to inclusivity in the US, and finally the need to ensure an inclusive peace process in the Koreas. During the 2018 High-Level Political Forum (HLPF 2018), WILPF launched the #WomenLead2030 Campaign to mobilise the recognition of local women’s important work. In October, WILPF supported global movement building efforts on means to tackle the root causes of violence for women’s meaningful participation and worked to channel these experiences into international decision-making.

On the national level, WILPF supported Women, Peace and Security localisation work and worked to strengthen and support a feminist peace movement on the local level. In August 2018, we mobilised 250 activists who came together in Accra, Ghana for WILPF’s Feminist Peace Movement in Africa Forum and  32nd Triennial International Congress to facilitate exchange and learning across the innovative and powerful nonviolent work of women leaders in Africa. In Colombia, we worked with local activists to bring recognition to the ongoing challenges in the implementation of the Peace Agreement in a way that contributes to sustainable and long-lasting peace based on disarmament and gender equality. In Afghanistan, we engaged with women to support their innovative work to address violent masculinities for effective WPS implementation. In Nigeria, Cameroon and the DRC,  we supported local work to create awareness and drive the implementation of UNSCR1325 National Action Plans, including around preventing and addressing electoral violence.

Despite major challenges, including rising attacks and restricted funding to women human rights defenders and peace activists, WILPF continued to create space in 2018 for leaders in our grassroots networks to mobilise, strategise and take action.

We are looking forward to 2019 and its upcoming opportunities to strengthen local action for feminist and sustainable peace.

Read more about WILPF’s engagement during the 18th Anniversary of the Women, Peace and Security Agenda here>>

Inside the UN Security Council: Year In Review 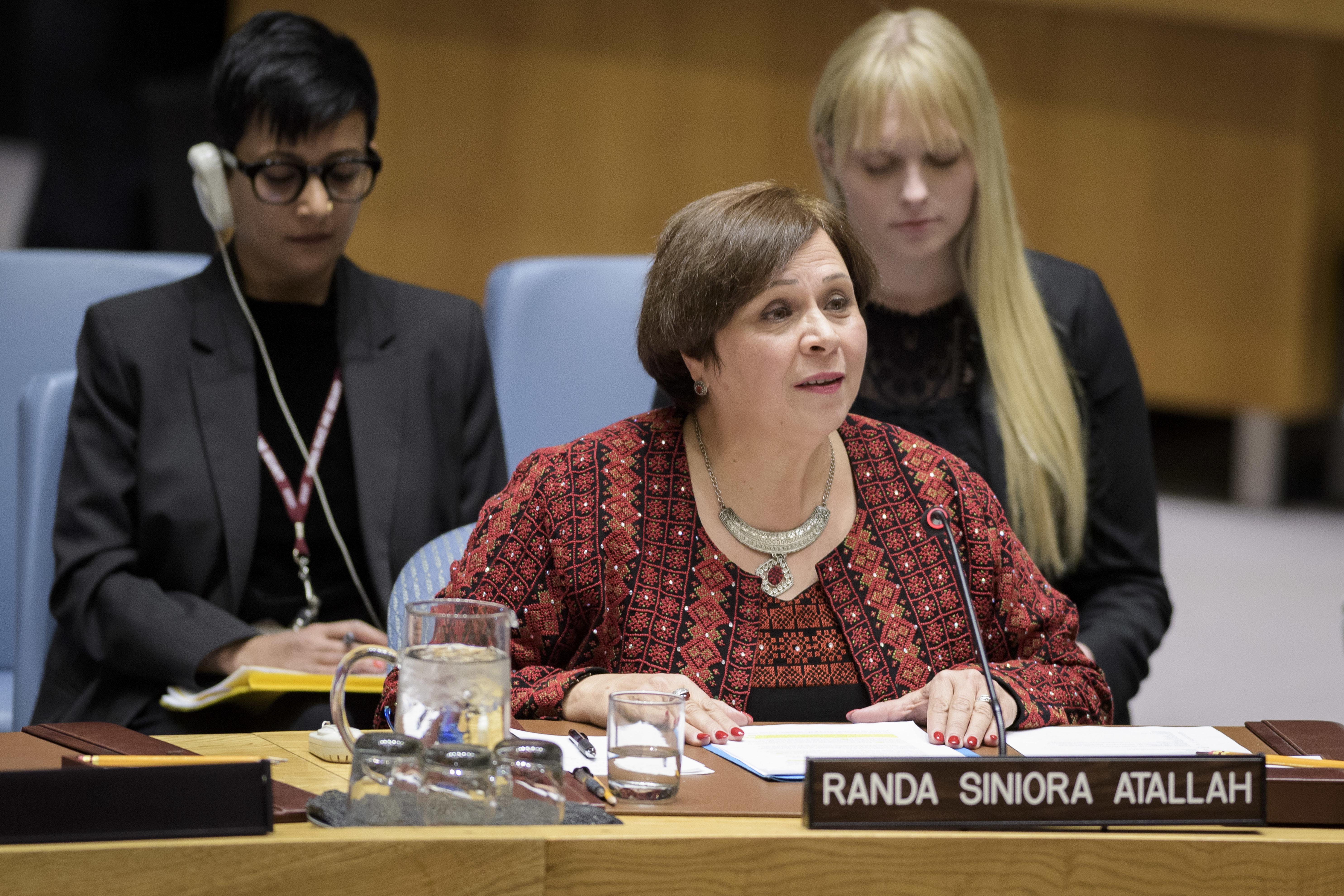 In 2018, the advocacy of the feminist peace movement has contributed to the progress in advancing the Women, Peace and Security (WPS) Agenda in the work of the Security Council.

A notable accomplishment includes the record number of civil society speakers that briefed the Council. From January to December 2018, 17 civil society briefers were local women activists, including WILPF’s long-standing partners from the DRC, Libya, Palestine and Yemen. The Informal Expert Group on WPS also continued to translate WPS commitments in country-specific work in the DRC, Iraq, Lake Chad Basin, Libya and Mali, with increased attention to local civil society priorities.

WILPF’s comprehensive monitoring of the Council’s work, including through our Debate, Report and Resolution Watches also demonstrated the change in the discourse towards the recognition of the patriarchy as a structural barrier to women’s meaningful participation and the need to address the root causes of violence and women’s access to resources to prevent sexual violence and prevent conflicts. As the data suggest, the WPS Agenda also gained increased recognition in both Council’s discussions, Arria Formula Meetings and outcome documents, including a resolution on the Central African Republic that calls for the development of a comprehensive strategy on sexual and gender-based violence.

It is time for the Council to take action.  As Razia Sultana, the first Rohingya to ever brief the UNSC, pointed out earlier this year in the Council, “It is hypocritical to express horror at the violence, while then also selling arms to Myanmar and seeking explorative licenses to mine its natural resources.” There are yet important steps to be undertaken by the Council to ensure security that works for women, including around disarmamentand accountability.

In 2019, we will continue to push for concrete action that shifts from crisis response towards upstream conflict prevention and sustaining peace based on women’s participation, protection and rights.

Across the United Nations System: Year in Review 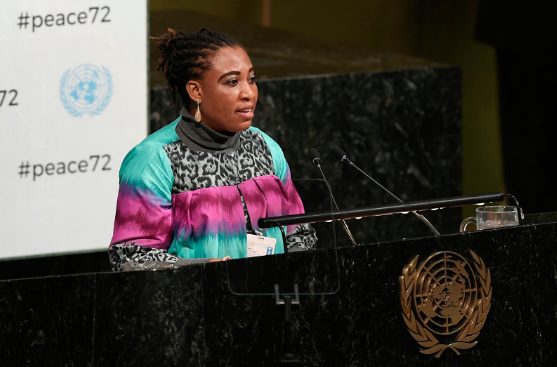 In 2018, in response to long-standing women civil society advocacy, the United Nations continued to shift from crisis response to prevention, especially through the work on Sustaining Peace. However, the ongoing failure to shift funding priorities for prevention means this shift risks being more in rhetoric than results.

As part of WILPF’s ongoing work for an integrated approach that disarms security and promotes a feminist political economy, WILPF continued to push to strengthen policy coherence, across human rights, disarmament, development, and gender justice work at the UN.

WILPF successfully advocated through our coalitions to strengthen language on women’s meaningful participation, disarmament and accountability in the CSW 62 Agreed Conclusions and the HLPF 2018 Ministerial Declaration on Sustainable Development. A strong feminist push resulted in the successful inclusion of references to the impact of conflict on women, including in rural areas, and the affirmation of the importance of women’s meaningful participation and the role of men and boys.

On sustainable development and sustaining peace, we pushed for the recognition that people are not just left behind by accident: they are excluded as a matter of design. As pointed out by WILPF International President, Joy Onyesoh, at the High-Level Event on Sustaining Peace, “sustaining peace requires consistent and committed political will to move out of the comfort zone and challenge dominant narratives on gender, conflict analysis and power”.

As the international community prepares for 2020, there would be many opportunities for all to advance coordinated coherent and integrated action with the WPS Agenda at its core, including around the 2019 HLPF review of Sustainable Development Goal 16 on peaceful societies. WILPF will use these opportunities to mobilise for the implementation of their WPS commitments and delivering results for women across the conflict spectrum.

National Action on Women, Peace and Security: Year In Review 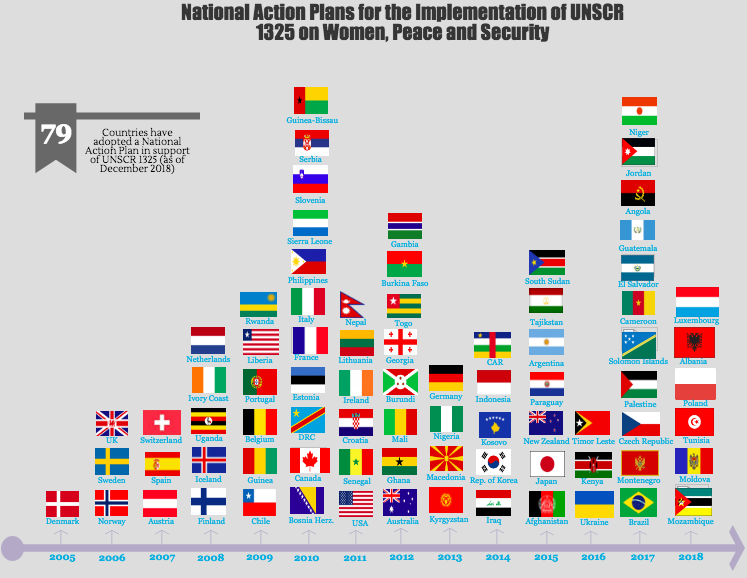 79 National Action Plans developed and launched by UN Member States for the implementation of UNSCR 1325 as of December  2018. (Visual: WILPF)

In 2018, Member States continued to demonstrate their renewed commitment to the implementation of the WPS Agenda. WILPF analysis shows that 79 UN Member States(40% of all UN Member States) have UNSCR 1325 National Action Plans (NAPs) and a number of Member States have adopted policies with the WPS component.  Six new NAPs were launched in 2018, including Albania, Poland, Luxembourg, Moldova, Mozambique, and Tunisia. In addition, six countries updated their previous National Action Plans, including Finland, Georgia, Iceland, Switzerland, Slovenia and the  U.K.

Of the 79 NAPs adopted to date, only 34 (43%) include some allocated budget for implementation. Furthermore, only 24 of 79 existing NAPs (30%) include references to disarmament and provide specific actions to disarm society. Although civil society has  always been at the forefront of efforts to strengthen the implementation of the WPS Agenda,  only 54 NAPs (69%) allocate a specific role to civil society in the different stages of the NAP implementation process, with this role often limited to an “advisory” position.

Despite the progress, this data demonstrates that numerous challenges are yet to be addressed, including by learning from existing good practices. The updated Finnish NAP provides analysis and consideration of the connection between disarmament and gender.  In the Moldovan NAP, civil society is presented as an essential partner in developing a balanced approach to the WPS implementation. The Albanian  NAP makes a strong statement that effective implementation is not possible without allocating a sufficient budget for action.

Acting on these good practices in 2019, while reviewing, developing and re-developing NAPs, is something that Member States should follow in order to realise the transformative potential of the WPS Agenda.

Find WILPF’s database of the National and Regional Action Plans on Women, Peace and Security here>>